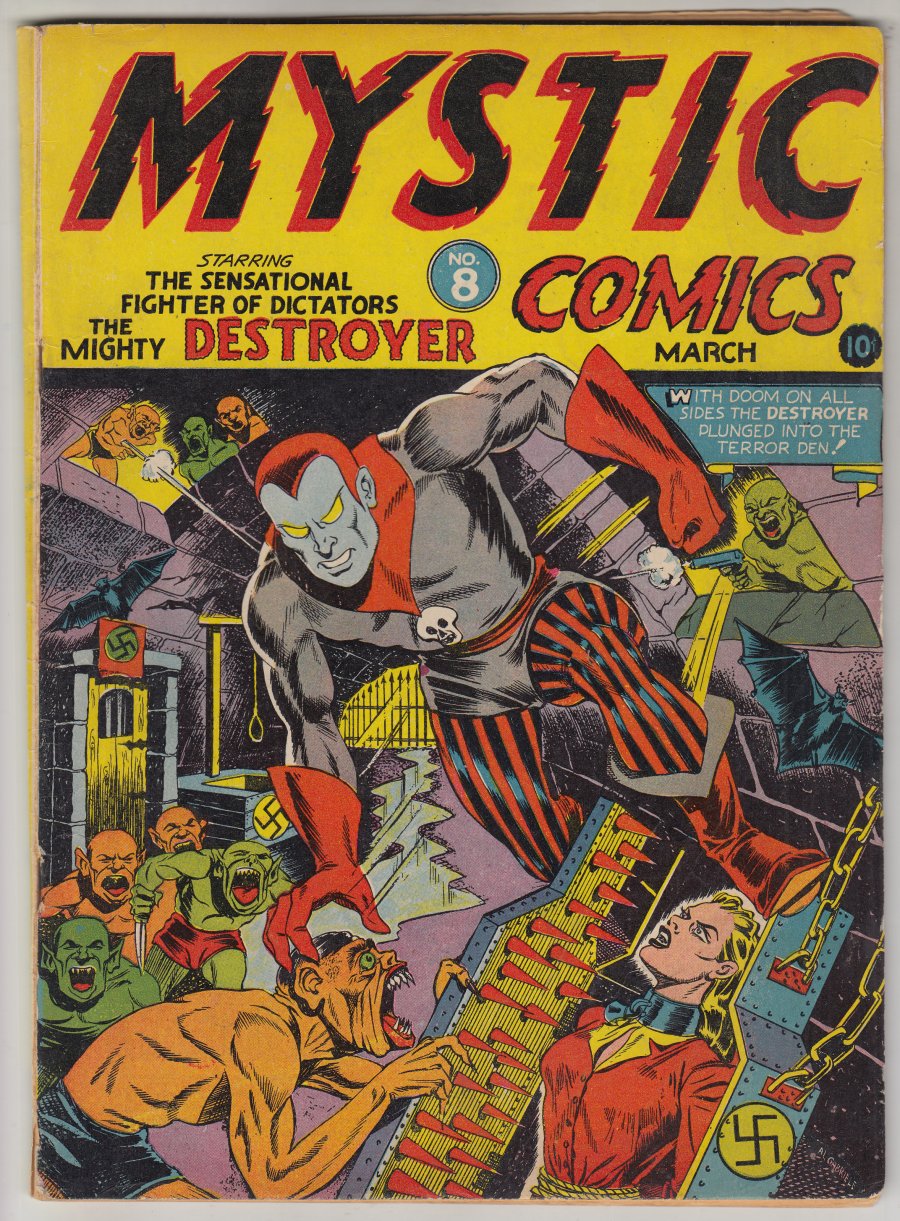 Watch
classic Destroyer WWII Nazi bondage/torture cvr; special guest app. by HitlerAmong the most-demanded and scarcest of WWII Timely covers, the big, brutal, bat-crazy Mystic Comics #8 stands tall, a cover so full of collectible lunacy it's impossible to know where to begin. As the United States' entry into the war had just begun, publishers knew that anti-Axis propaganda and pro-Allies imagery would move stacks of comics, and Timely had already discovered that bondage, torture, and maidens in peril were dime magnets -- so, it's only logical to have our hapless damsel held captive by the most insane and feral Nazi monsters yet portrayed, topped off with the most gruesome and elaborate of torture devices. Due to wartime paper drives and the likelihood of covers such as these getting passed around schoolyards like holy writ until they basically fell to pieces, shockingly few copies of these classic issues survive. This maniacal wonder, thus, is like catnip for Timely collectors when it comes around, a delirious delight that survives in crazy low numbers and never fails to get hearts pounding today just as much as it surely did way back in 1943.