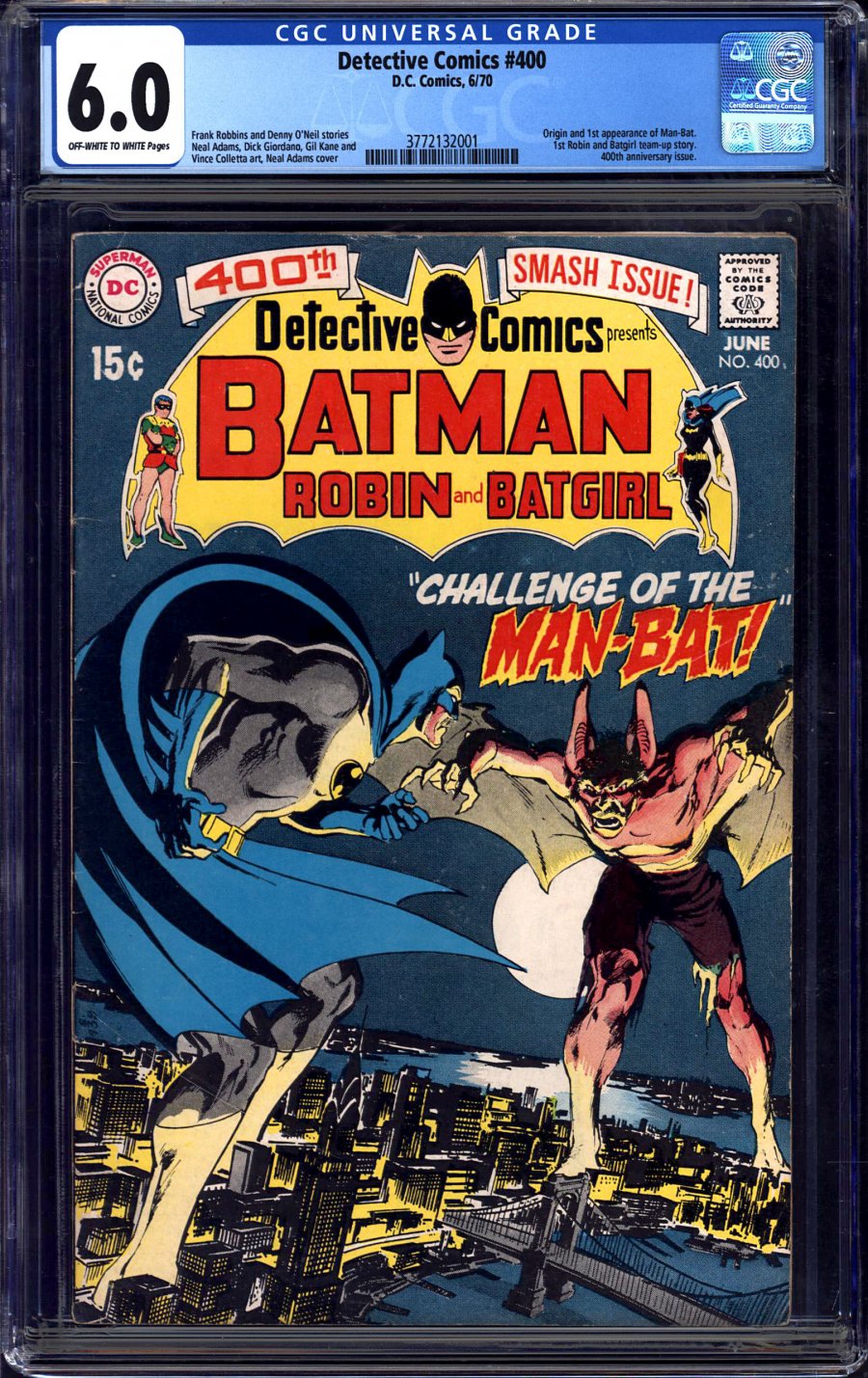 Auction Ends In
$120
Current Bid
11
Bids
NEXT MIN. BID: $130
FYI there's no need to include decimal points(.).
Bid Confirmation
You are about to submit a bid of . If you win this auction, you are legally obligated to purchase the book. Are you sure you want to continue?
Don't Show Again (except when higher than min. bid)
(No Reserve)
PUBLISHER: DC
COMMENTS: A 15% BUYER'S PREMIUM WILL BE ADDED TO THIS ITEM AT CONCLUSION OF THE AUCTION
ow/w pgs
Neal Adams cvr/art; origin & 1st app. of Man-Bat (6/70)
Read Description ▼
Sell One Of These Inquire About This

Watch
A 15% BUYER'S PREMIUM WILL BE ADDED TO THIS ITEM AT CONCLUSION OF THE AUCTION
ow/w pgs
Neal Adams cvr/art; origin & 1st app. of Man-Bat (6/70)Milestone issue featuring the first appearance of Man-Bat in "Challenge of the Man-Bat!" script by Frank Robbins, pencils by Neal Adams, inks by Dick Giordano; Zoologist Kirk Langstrom is working late at the Gotham Natural History Museum putting together a bat habitat; he aims to perfect a serum that can endow people with enhanced auditory abilities via a specialized bat gland extract; Elsewhere in the city, a group of thieves known as the Blackout Gang break into a vault; Back at the museum, Kirk Langstrom is pleased with his progress and decides to test his new formula upon himself; he mutates into Man-Bat. "A Burial for Batgirl!," script by Denny O'Neil, pencils by Gil Kane, inks by Vince Colletta; Barbara Gordon has come to Hudson University to help with a Edgar Allen Poe festival; She discovers a murder and captures Hank Osher, who appears to be the murderer; Batgirl begins to believe that Hank has been framed and investigates further, which leads to her being captured and bricked into a wall.