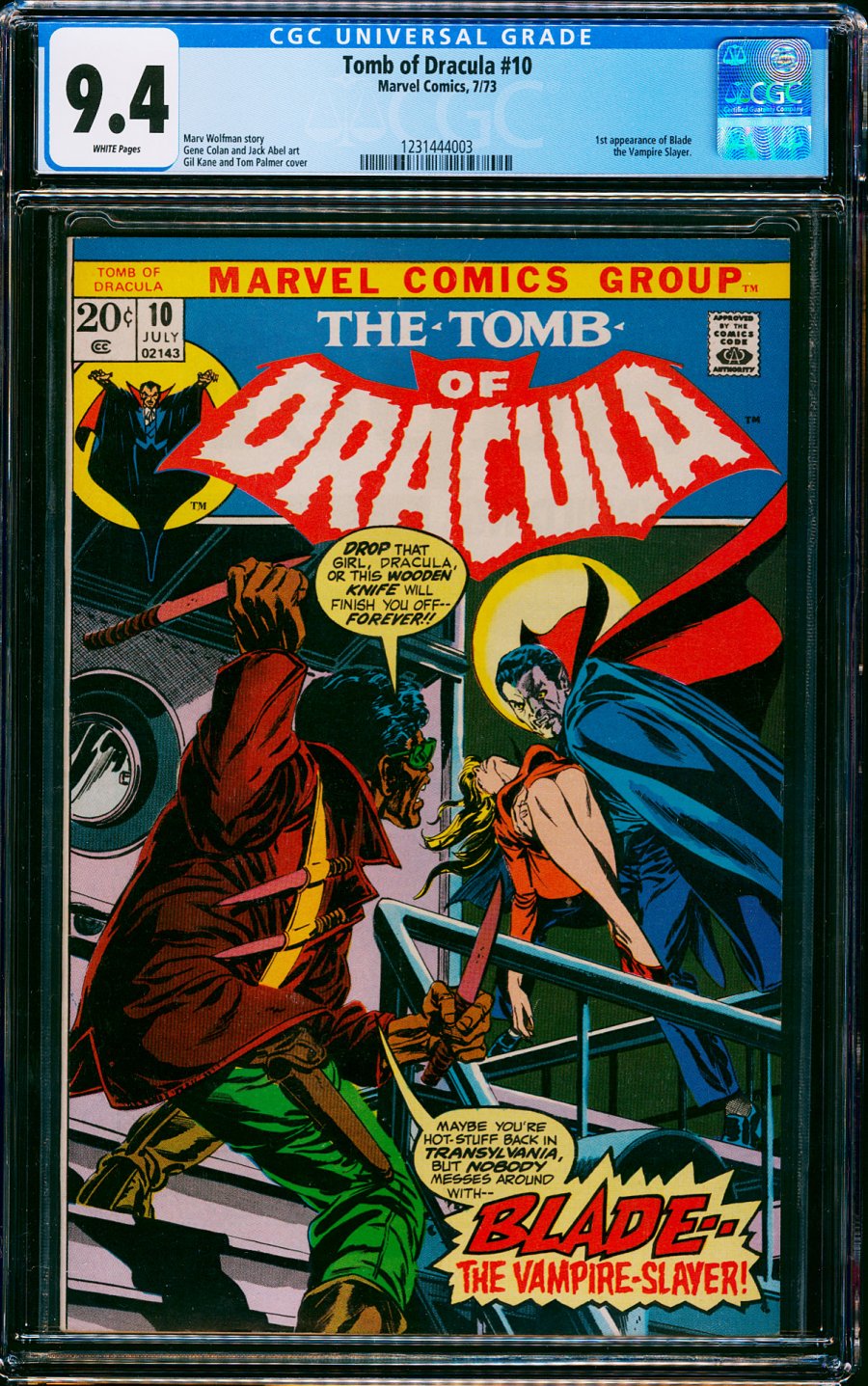 Auction Ends In
$2,050
Current Bid
14
Bids
NEXT MIN. BID: $2,100
FYI there's no need to include decimal points(.).
Bid Confirmation
You are about to submit a bid of . If you win this auction, you are legally obligated to purchase the book. Are you sure you want to continue?
Don't Show Again (except when higher than min. bid)
(No Reserve)
PUBLISHER: Marvel
COMMENTS: white pgs
Colan cvr/art; 1st app. of Blade the Vampire Slayer (appearing in MCU soon!)
Read Description ▼
Sell One Of These Inquire About This

Watch
white pgs
Colan cvr/art; 1st app. of Blade the Vampire Slayer (appearing in MCU soon!)Blade was one of the few Marvel characters to enjoy silver screen success before the existence of the MCU as we now know it. The vampire hunter has his roots in the Marvel horror explosion of the 70s. First appearing in Tomb of Dracula #10, Blade would go on to appear in B&W magazine Vampire Tales, and guest star in several other of the publisher’s output over the years, consistently growing in popularity until he exploded into popular culture in a trilogy of films starring Wesley Snipes as the titular hero. Born with several vampiric powers, thanks to his mother being drained by a bloodsucker during his birth, Blade is immune to vampire bites, can walk in the sunlight and ages as a much slower rate than mere mortals, his trademark wooden blades and leather jacket would be reconfigured for the modern day, but back in the gritty 70s, Blade sported an afro and a bad attitude, which made him feared by vampires all around the world. In this first appearance he takes on the star attraction, Dracula, in a battle on a cruise ship, which led to a short run in Tomb of Dracula, but the book’s writer, Marv Wolfman, decided to pull Blade out of the book for fear he would show up the main man, Vlad. It has been announced that Mahershala Ali will assume the role of Blade in an upcoming MCU film and the world waits with bated breath for the return of the vampire hunter to the big screen, making this book a hot property once again. Click on the image below to watch the YouTube video about this item! 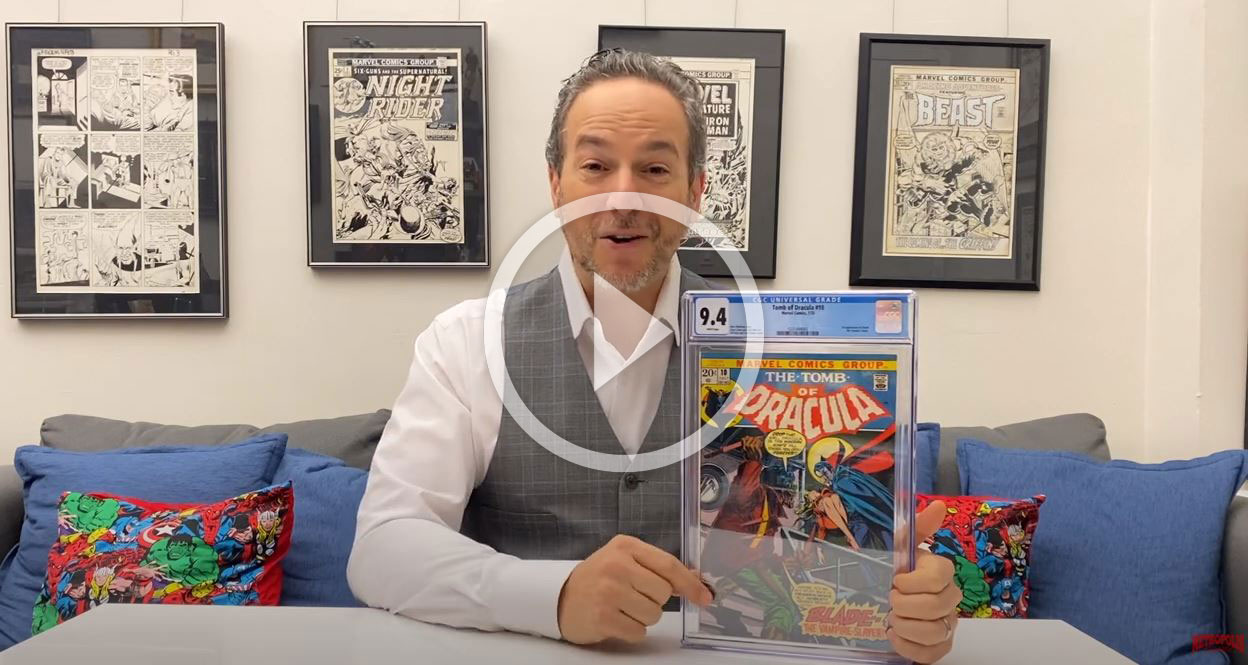