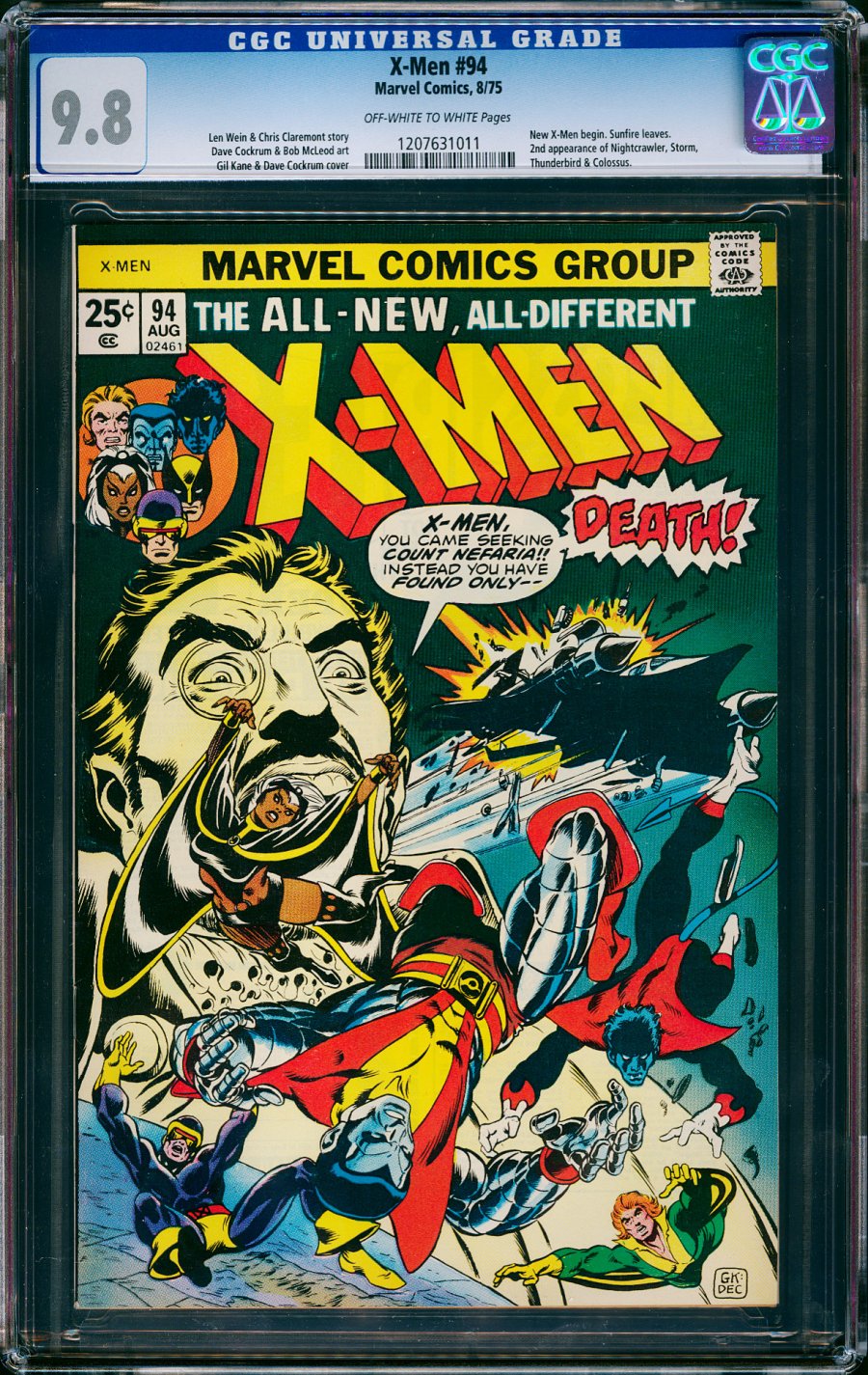 Watch
ow/w pgs
Kane/Cockrum cover; new X-Men begin (Sunfire quits) (8/75) Comic Book Impact rating of 9 (CBI)
Highest GradedIt is not everyday a comic book comes out that changes the face of the entire industry, but X-Men #94 was an issue that had wide-reaching impact, that echoes throughout popular culture in the modern day. The storyline, involving old X-Men nemesis Count Nefaria, is rather standard fare, but it is not the actual plot of this issue that makes it a top Bronze Age key, rather, it is the appearance of the new X-Men team, Storm, Banshee, Wolverine, Thunderbird, Colossus, Nightcrawler, and Sunfire, that put this issue in the ranks of legendary comics. Although the new characters were introduced in Giant-Size X-Men #1, this is the first issue in the run to feature X-Men mk. II. The series was languishing in reprint purgatory and close to cancellation before this issue revived the franchise. A renewed breath of life turned out to be perfect for Marvel fans who were longing for a jolt of fresh energy, and this new group of X-Men took off like a house on fire. These characters are now the ones most closely associated with the franchise, and the addition of John Byrne into the mix later in the decade would only serve to send this title into the stratosphere; along the way Wolverine would grow into one of Marvel's top sellers, giving rise to an enormously successful movie franchise, and myriad other X-Men spin-off comics. It all started here. Any X-Men fan worth their salt needs to own this landmark book.
Click on the image below to watch the YouTube video about this item! 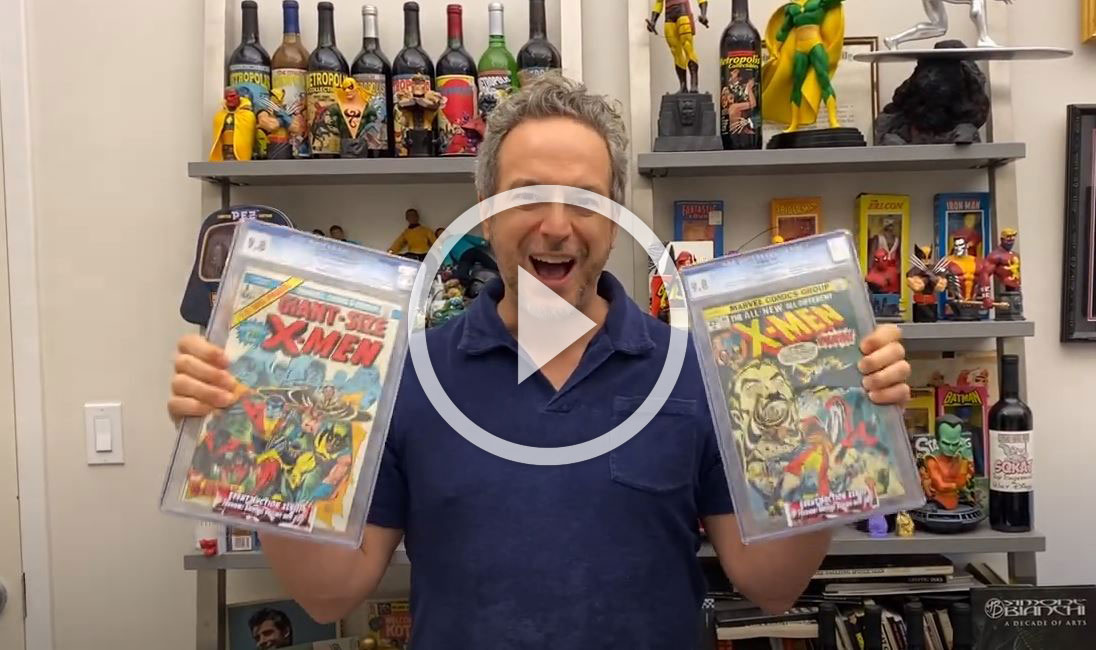 This copy of X-Men #94 earned an amazing 9.8 Universal Grade from CGC, with off-white to white pages. The Marvel Comics and X-Men logos pop off the page thanks to the bold yellow color strike. The second cover appearance of the New X-Men team is incredibly sharp on this iconic Gil Kane and Dave Cockrum illustration. With the X-Men confirmed to be joining the MCU soon, all of their key issues are on fire. Another 9.8 X-Men #94 sold earlier this year for $63,000. Where will the price end up after Storm, Colossus, and Nightcrawler are part of the highest-grossing movie franchise of all time?