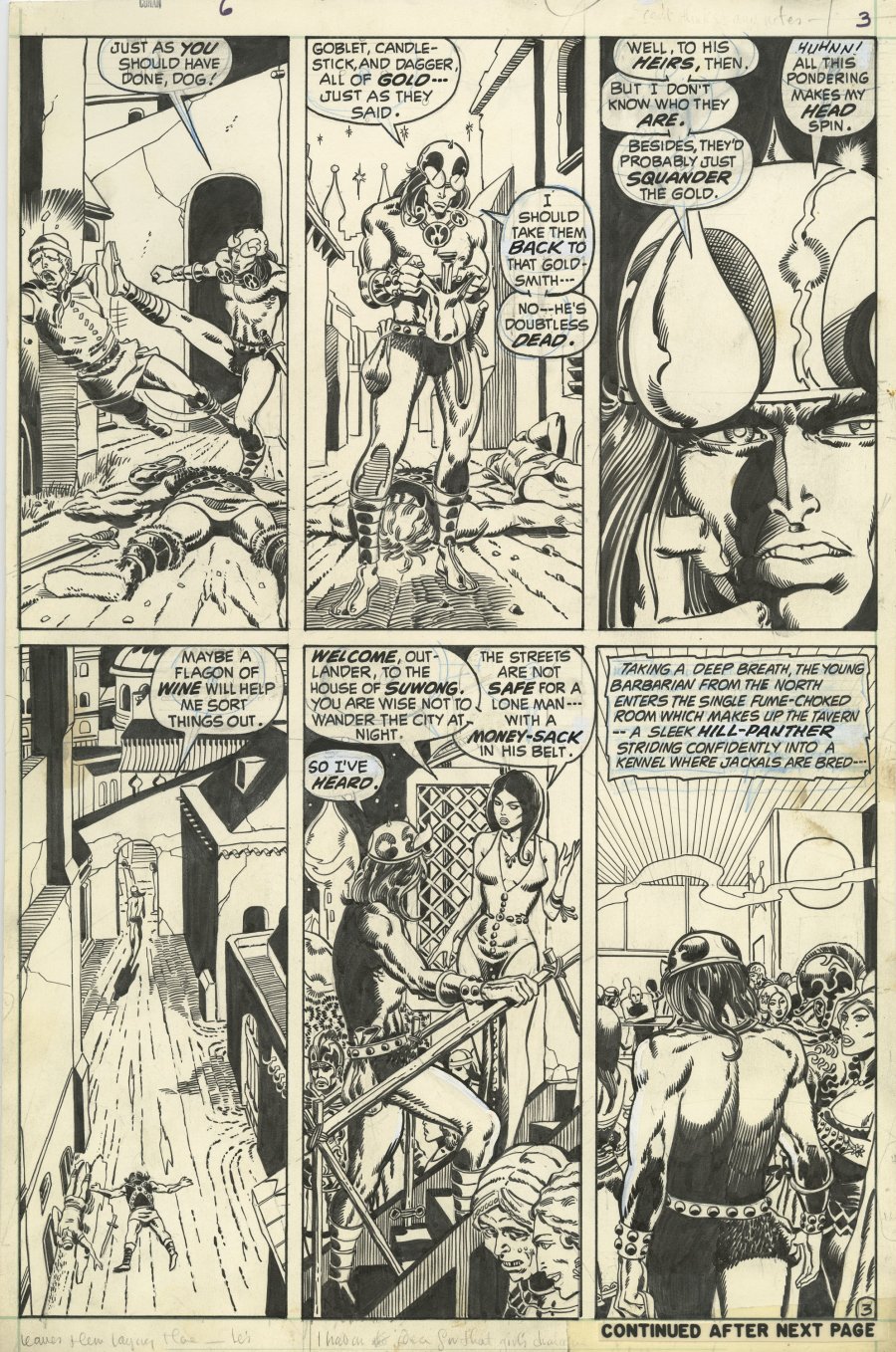 $12,190
Sold For
16
Bids
This auction has ended.
PUBLISHER: Marvel
COMMENTS: A 15% BUYER'S PREMIUM WILL BE ADDED TO THIS ITEM AT CONCLUSION OF THE AUCTION
Barry Smith pencils/Sal Buscema inks; page 3; 1971; 10.5" x 16"
Read Description ▼
Sell One Of These Inquire About This

Watch
A 15% BUYER'S PREMIUM WILL BE ADDED TO THIS ITEM AT CONCLUSION OF THE AUCTION
Barry Smith pencils/Sal Buscema inks; page 3; 1971; 10.5" x 16"A prime page from the artist's historic run on Conan the Barbarian! This page appeared in issue #6 as part of the story entitled "Devil-Wings Over Shadizar". A gorgeous work with dynamic action, great inks and incredible detail. Smith's interpretation of the Robert E. Howard character introduced a new generation to the hero. The world he inhabited and the artist's technical brilliance would help make Conan the Barbarian one of the most influential comic book titles of the Bronze Age of Comics. This page is a prime example illustrative of why the famed artist's work was such a breakthrough at the time. It is being offered individually to the public for the very first time! Executed in inks over graphite on standard bronze-age Marvel board. Art is in very good condition.

The image of the published cover and page are for reference only.