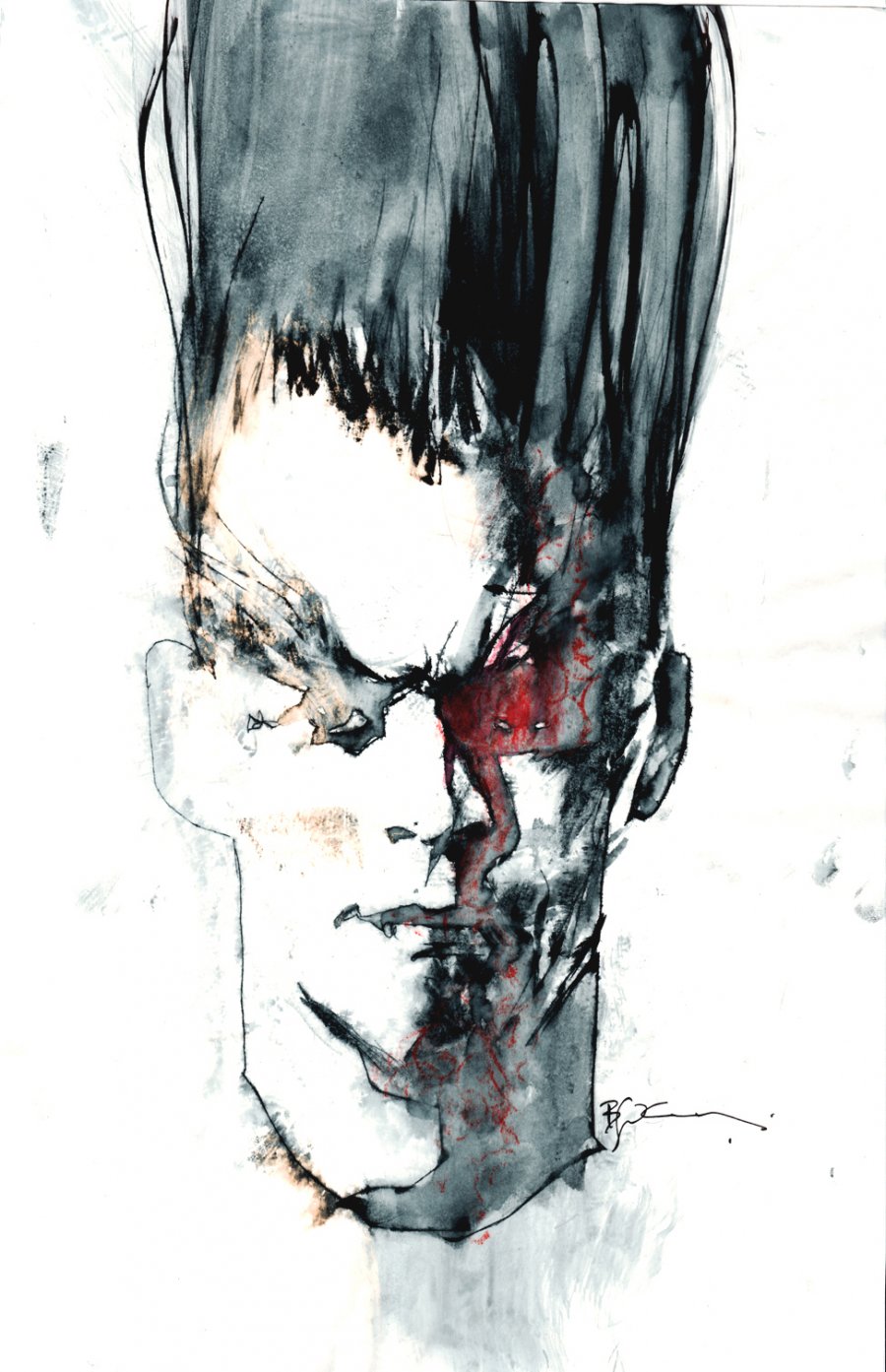 $862.50
Sold For
11
Bids
This auction has ended.
PUBLISHER: -----------
COMMENTS: A 15% BUYER'S PREMIUM WILL BE ADDED TO THIS ITEM AT CONCLUSION OF THE AUCTION
Bill Sienkiewicz painting; illustration; undated; 11" x 17"
Read Description ▼
Sell One Of These Inquire About This

Watch
A 15% BUYER'S PREMIUM WILL BE ADDED TO THIS ITEM AT CONCLUSION OF THE AUCTION
Bill Sienkiewicz painting; illustration; undated; 11" x 17"A prime example from the revolutionary artist. Sienkiewicz produced cover paintings and character designs of the New Mutants from 1984 to 1985. From this period on, Sienkiewicz’s art evolved into a much more expressionistic style as he began experimenting with paint, collage and mixed media. Legion is the mutant son of Charles Xavier (Professor X). He was created by writer Chris Claremont and artist Bill Sienkiewicz and made his debut in New Mutants #25 (March 1985). Executed in pen, ink and watercolors on paper. Art is in fine condition. Signed by Sienkiewicz in the lower right center.

Click here to read more about this item on earthshinestudios.com