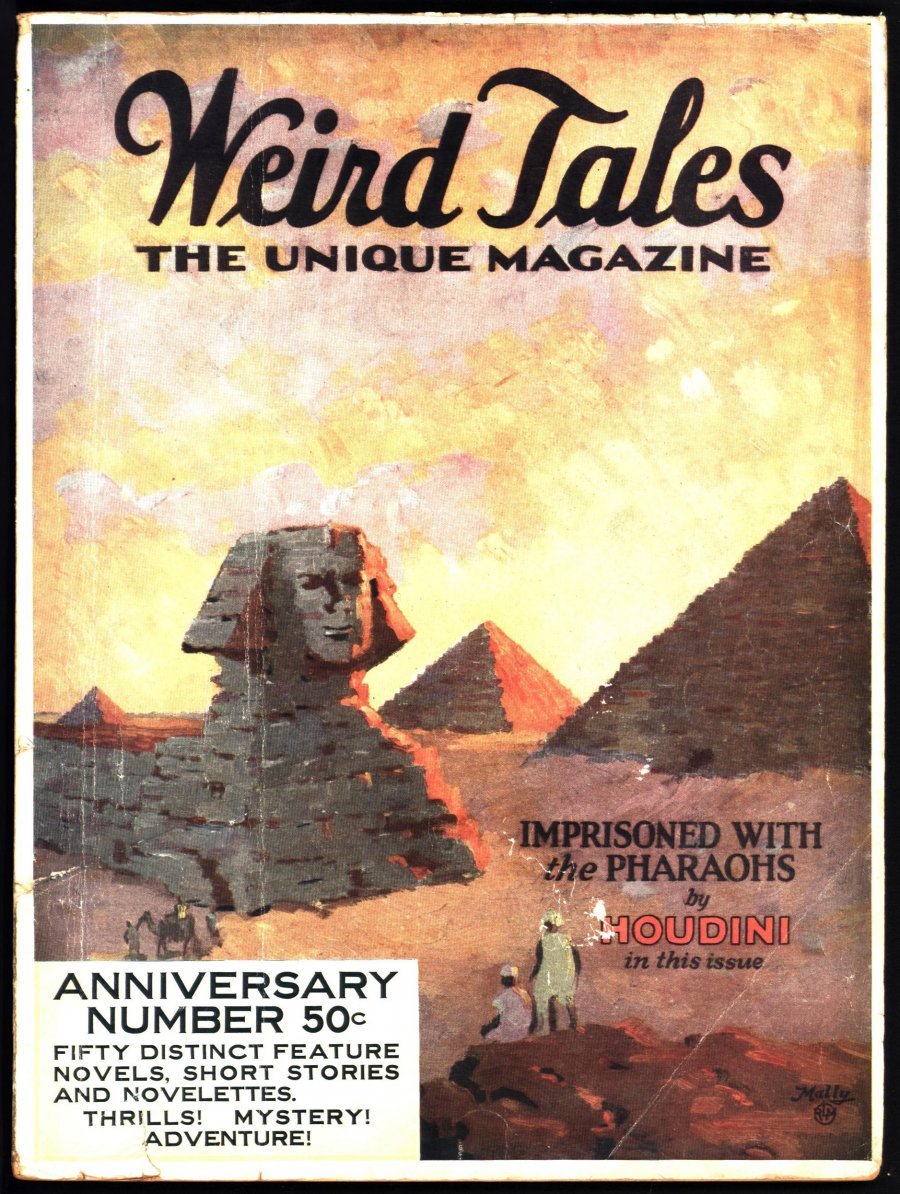 Watch
May, June, July 1924 triple-sized issue. "Imprisoned for the Pharaohs" (as Houdini), "The Loved Dead" (as C.M. Eddy) and "Hypnos" all by H.P. Lovecraft. First Weird Tales appearance of Henry S. Whitehead. Often pulled from newsstands because of controversThis bedsheet-format issue of Weird Tales was triple-sized to cover the months of May, June, and July, 1924. Featuring an iconic illustration of the pyramids by R. M. Mally, this is a landmark issue of Weird Tales. This issue features the story "Tea Leaves" by Henry S. Whitehead, the first appearance of a classic Weird Tales writer, as well as 3 stories by H.P. Lovecraft.
Lovecraft contributed "Imprisoned for the Pharaohs" as Houdini, the last in his Houdini series, as well as "The Loved Dead", ghostwritten for C.M. Eddy, and "Hypnos" reprinted from a 1923 fanzine. "The Loved Dead" was so controversial that many issues were pulled from the newsstands, due to its story centering on a necrophiliac. This is one of the most disgusting and sensationalist stories ever published in all of pulps, let alone Weird Tales. It even lead to protests in Indiana. This is an amazing piece of grisly horrifying pulp history.