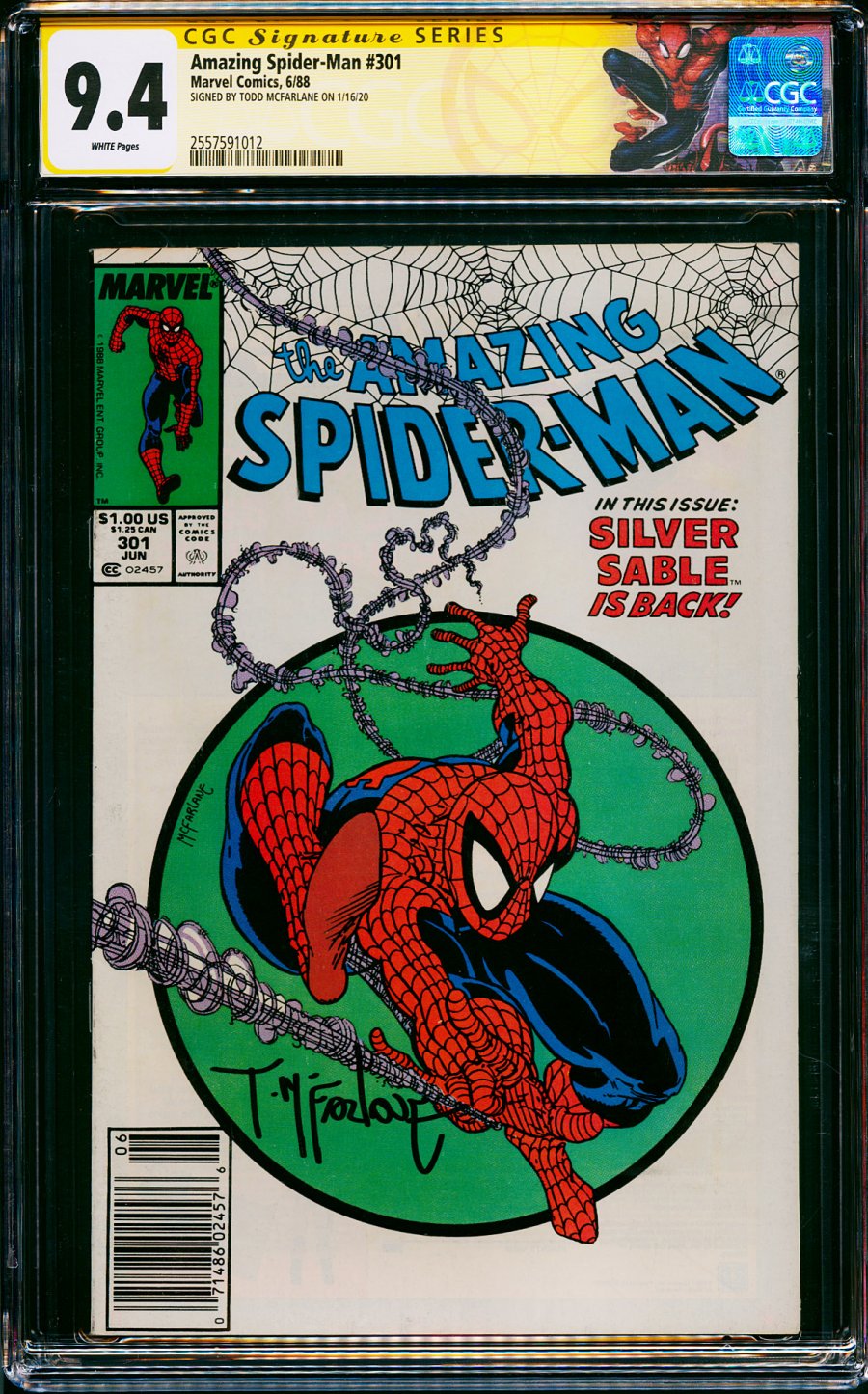 Auction Ends In
$75
Current Bid
5
Bids
NEXT MIN. BID: $80
FYI there's no need to include decimal points(.).
Bid Confirmation
You are about to submit a bid of . If you win this auction, you are legally obligated to purchase the book. Are you sure you want to continue?
Don't Show Again (except when higher than min. bid)
(No Reserve)
PUBLISHER: Marvel
COMMENTS: white pgs; Todd McFarlane Signature Series; Newsstand Edition
1st original costume by McFarlane
Read Description ▼
Sell One Of These Inquire About This

Watch
white pgs; Todd McFarlane Signature Series; Newsstand Edition
1st original costume by McFarlane"The Sable Gauntlet!" Guest-starring Silver Sable. Script by David Michelinie. Art by Todd McFarlane. Cover by Todd McFarlane. The first 300 issues of the Amazing Spider-Man are in the books after the web-slinger's epic battle vs. Venom last issue! And now the next chapter in the wall-crawler's anthology begins with an encounter with his favorite mercenary: Silver Sable! The enchanting Sable agrees to make a test run through the security systems of a new high-rise office building, but deadly danger awaits on the top floor! Will Spidey catch the elevator in time? Cameo appearances by Mary Jane Watson and Dr. Morris Sloan. First $1.00 issue. (Notes: The cover is the same artwork (with different colors) as the cover to issue 300. The original cover to 301 was drawn first. The original cover to #300 is a blackened stat.