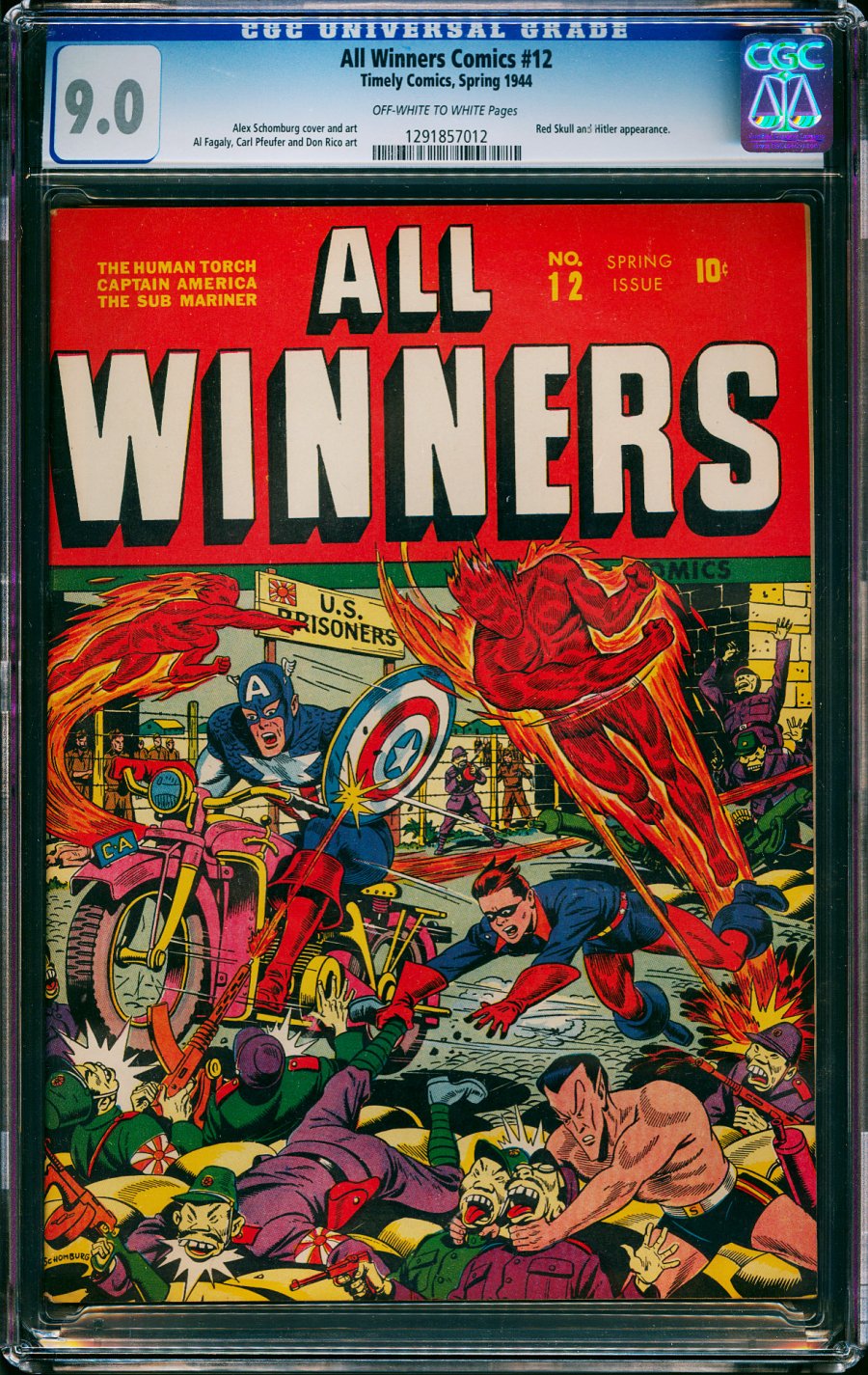 Watch
ow/white pgs
Red Skull story; Schomburg cover; Hitler app.Continuing the run of this popular anthology title, Atlas Comics once again features their Big Three heroes in solo adventures which see the trio traveling far and wide, embroiled in action and intrigue as they battle the forces of evil across the globe, the Destroyer is also here in the mix to make this one rip-roaring ride of chills and thrills. Alex Schomburg contributes another ecstatic cover, as well as an interior Human Torch story, so you get twice the Schomburg for the price of admission. There are less than fifty copies known of this comic, making it quite the desirable book for committed Golden Age Collectors.
With less than fifty copies recorded on the CGC Census, All Winners Comics #12 is an incredibly rare book. This copy earned an amazing 9.0 Universal Grade from CGC, with off-white to white pages. Only two higher-graded copies are known to exist. This classic Schomburg wartime cover features Captain America, Bucky, The Human Torch, and the Sub-Mariner teaming up to liberate a POW camp from Japanese soldiers. Inside, Red Skull and Hitler make guest appearances, a classic supervillain combination. Our heroes all join together on this immaculately well-preserved cover. This copy looks sharper than most comics released today, let alone books preserved for over 75 years.