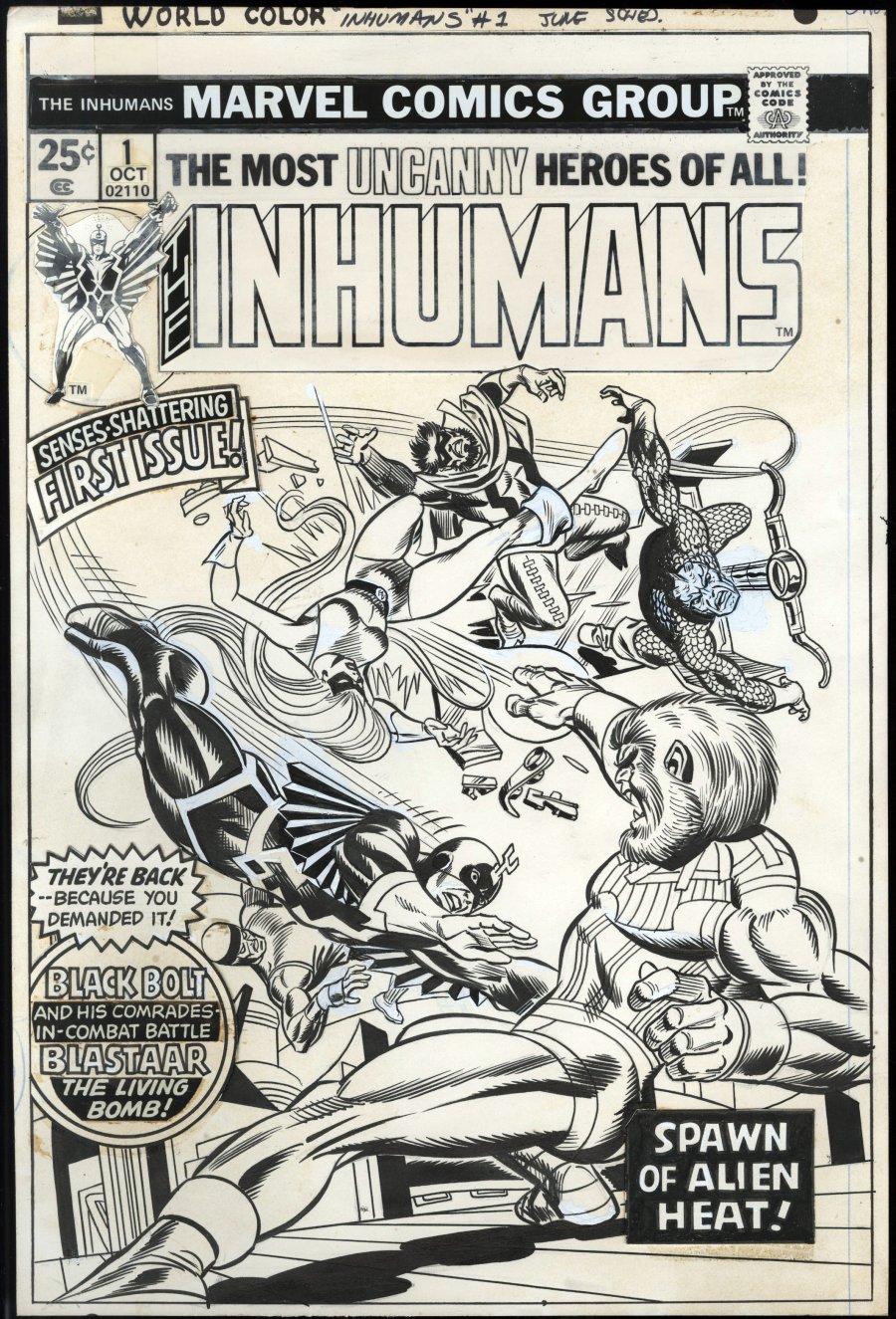 $88,550
Sold For
23
Bids
This auction has ended.
PUBLISHER: Marvel
COMMENTS: A 15% BUYER'S PREMIUM WILL BE ADDED TO THIS ITEM AT CONCLUSION OF THE AUCTION
Gil Kane pencils/Frank Giacoia inks; cover; 1975; image size 10" x 15"
Read Description ▼
Sell One Of These Inquire About This

Watch
A 15% BUYER'S PREMIUM WILL BE ADDED TO THIS ITEM AT CONCLUSION OF THE AUCTION
Gil Kane pencils/Frank Giacoia inks; cover; 1975; image size 10" x 15"Making their first full appearance in Fantastic Four #45, The Inhumans have remained a fan-favorite cult sensation in Marvel lore, with Black Bolt, Medusa, and Lockjaw being some of the standouts of the pack. The team eventually earned their self-titled book in 1975 and this is the cover from the very first issue of that run, penciled by the impressive hand of Gil Kane and inked by stalwart draftsman Frank Giacoia. The action shows the team, including Triton, Karnak, and Gorgon, taking on Blastaar, the Living Bomb. Although the TV series based on the exploits of the denizens of Attilan failed to garner a following, it stands to reason that the world has not seen the last of The Inhumans, given the ever-expanding nature of the MCU. It would be a savvy investment to own the original art for the team’s first-ever self-titled book, without question.
Click on the image below to watch the YouTube video about this item! 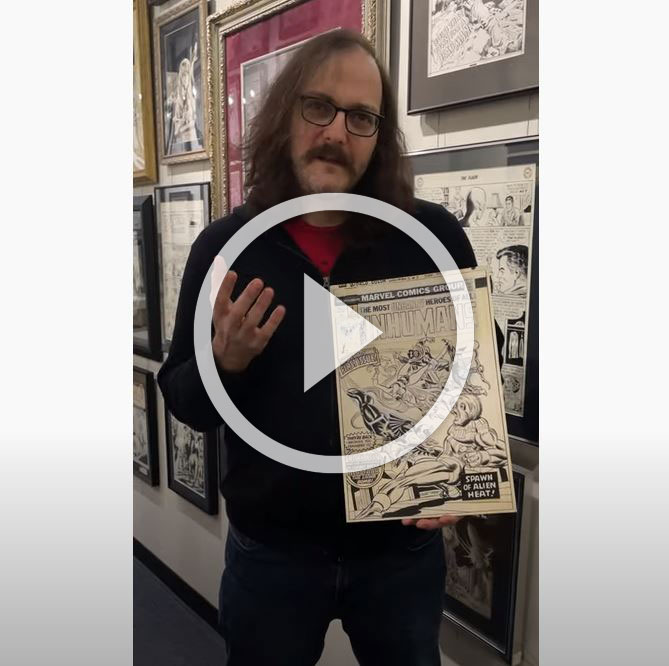 In addition to being the cover to a #1 issue, this is just an extraordinary example of Bronze Age Marvel art, it's kinetic and exciting, placing you right there with the heroes in the middle of the action, beautifully executed by Kane and Giacoia. Pen and ink. Art is in very good condition, the edges were trimmed close to the border during the production process and there is some minor glue staining around the paste-ups.