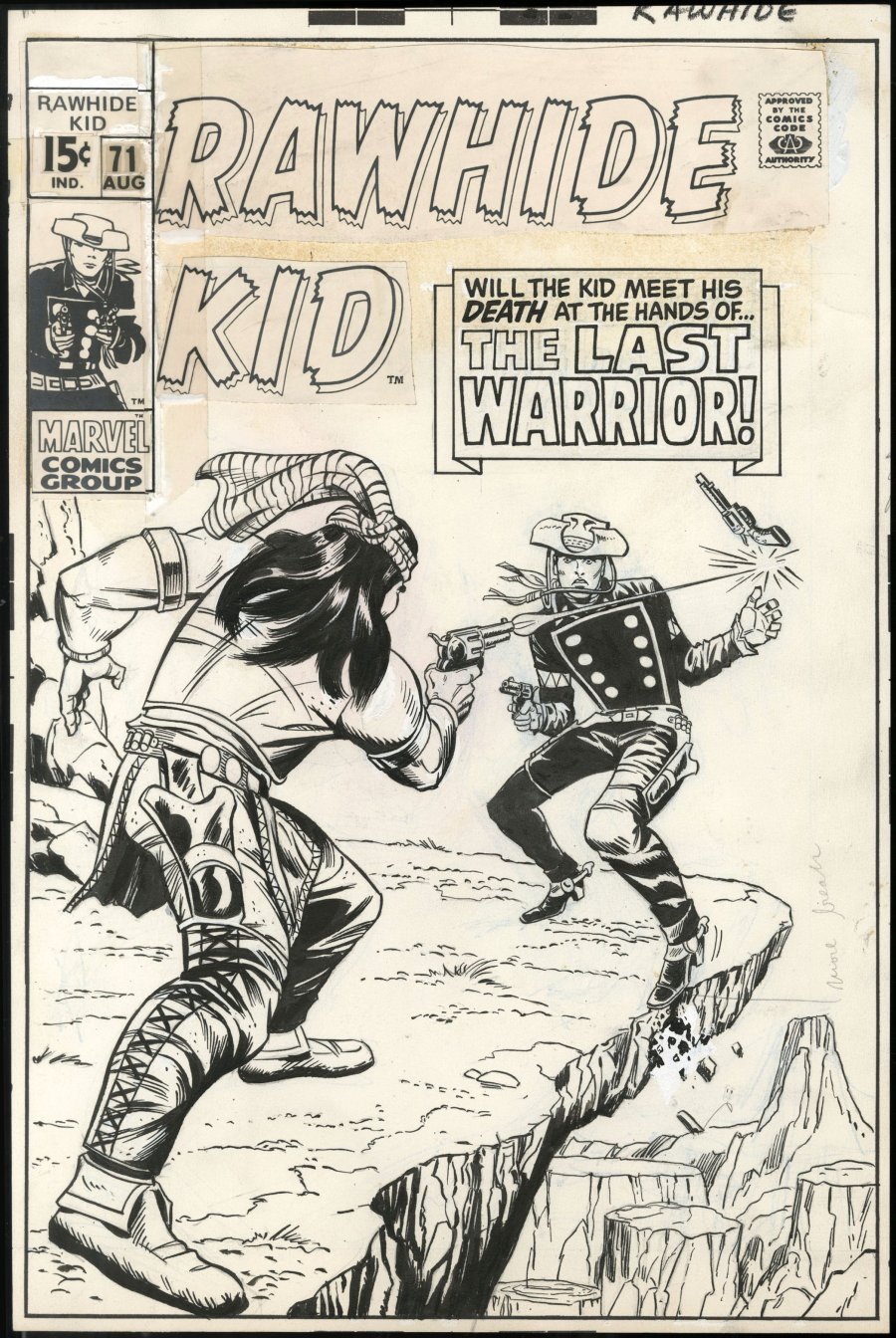 Watch
Larry Lieber pencils/John Tartaglione inks; cover; 1969; image size 10" x 15"The Rawhide Kid finds himself in peril at the hands of The Last Warrior in this fabulous cover by Lieber from the classic Marvel western. One of the finest examples of Lieber Rawhide Kid artwork we have ever seen. Pen and ink. Art is in excellent condition, there is some glue residue and tape around the logo paste-up that does not affect the artwork and the page was trimmed during the production process.
Artists Information

Lawrence D. Lieber is an American comic book artist and writer best known as co-creator of the Marvel Comics superheroes Iron Man, Thor, and Ant-Man; for his long stint both writing and drawing the Marvel Western Rawhide Kid; and for illustrating the newspaper comic strip The Amazing Spider-Man from 1986 to September 2018. From 1974 to 1975, he was editor of Atlas/Seaboard Comics. Lieber is the younger brother of Marvel Comics' writer, editor, and publisher Stan Lee.

John Tartaglione a.k.a. John Tartag and other pseudonyms, was an American comic book artist best known as a 1950s romance-comics artist; a Marvel Comics inker during the Silver Age of comic books; and the illustrator of the Marvel biographies The Life of Pope John Paul II, and Mother Teresa of Calcutta, the first of which sold millions of copies worldwide in several languages.