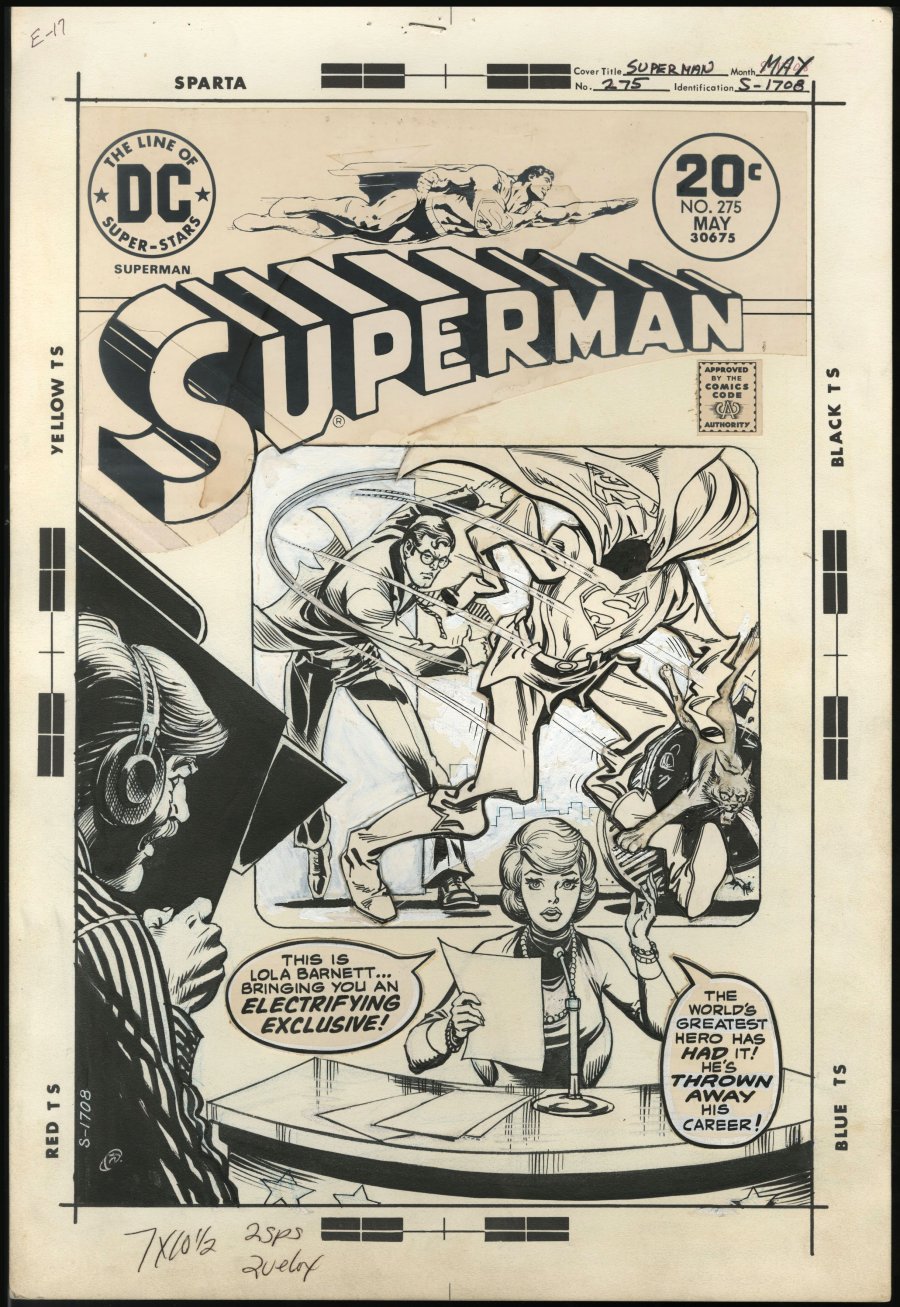 Clark Kent calls it quits in this wonderful Bronze Age Superman cover by Cardy. Classic 1970s DC cover design. Pen and ink. Art is in excellent condition. The main image of Clark Kent/Superman is made up of a couple of patches, the Superman suit and the cat in the lower right are drawn on separate pieces of board and pasted down, all of it is original art. Signed by Cardy in the lower left.

If you are a new customer planning to make a first-time purchase over $25,000, please contact us 24 hours in advance of the item closing at 212.895.3999 or support@comicconnect.com so that we may approve your account for bidding. (This policy was instituted to protect consignors and bidders against bids from fraudulent accounts, and to ensure the integrity of the bidding process.) Once approved, please log out of your account and then log in, for the approval to take effect.
Artist Information