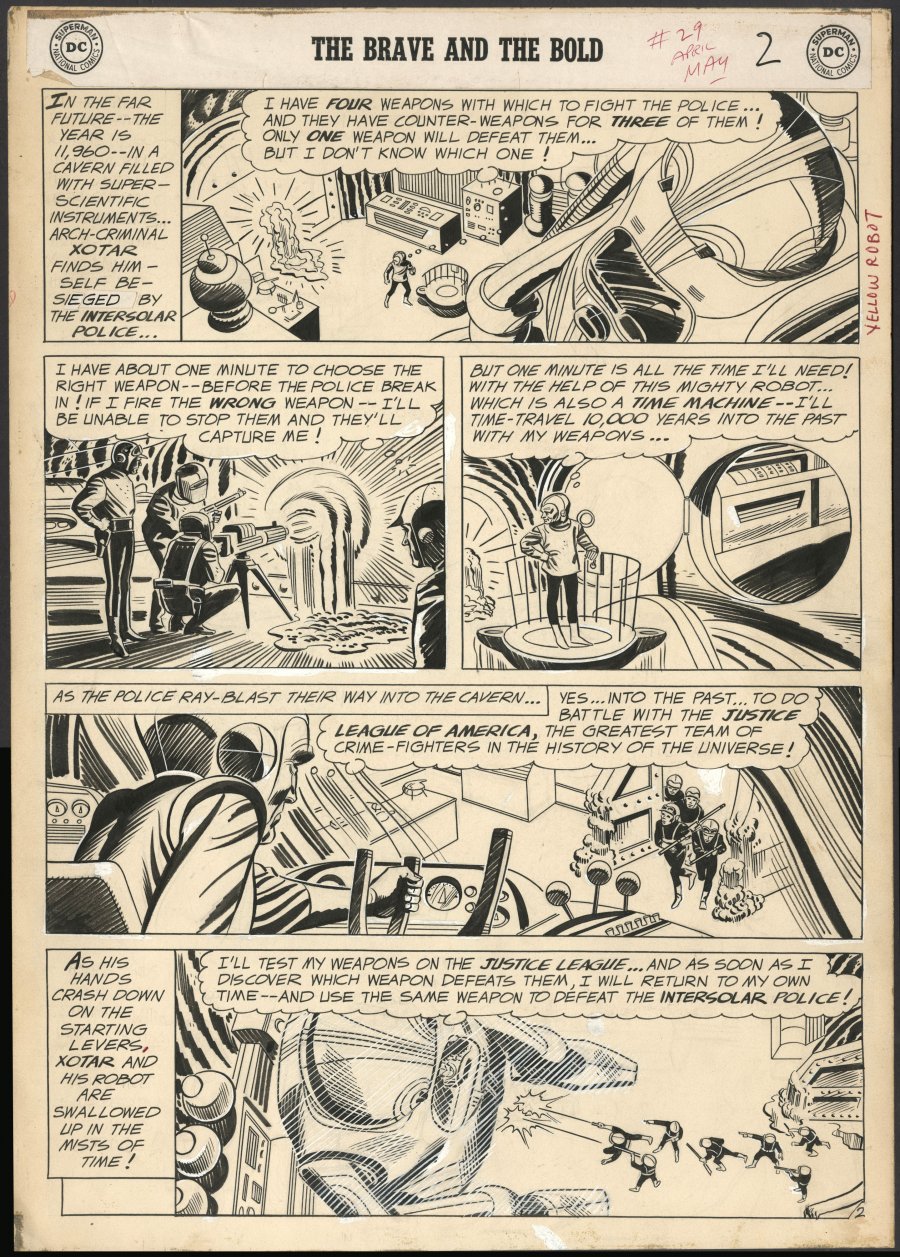 Watch
Mike Sekowsky pencils/Bernard Sachs inks; page 2; 1960; image size 13" x 19"
2nd ever Justice League story!From the 2nd ever Justice League of America story 'Challenge of the Weapons Master!,' comes this great page of classic Silver Age DC art. Kotar, the Weapons Master, from the year 11,960 travels back in time 10,000 years to prove he can best the greatest team of crime fighters in the history of the universe, The Justice League of America! Pen and ink. Art is in excellent condition.
Artists Information