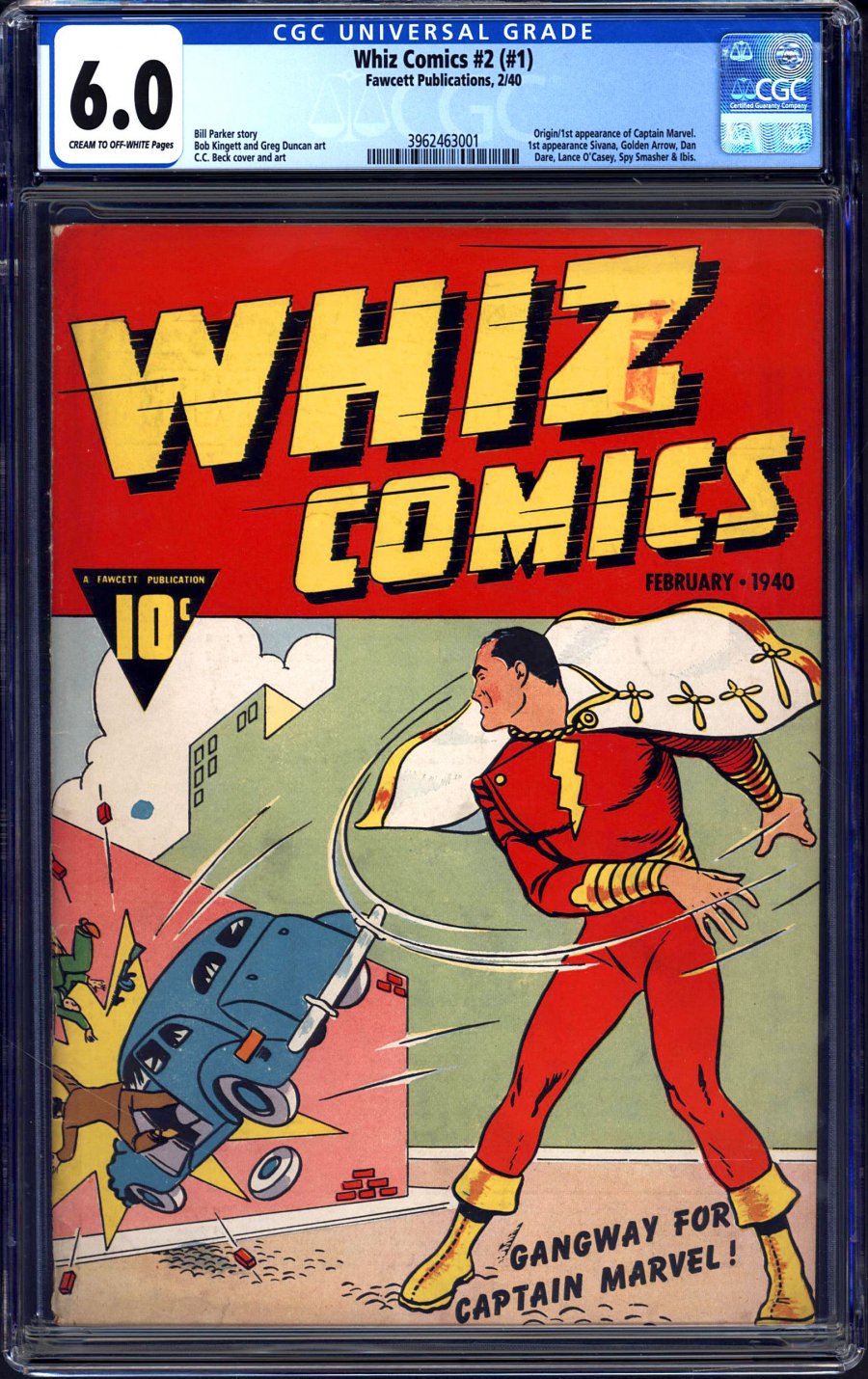 $385,377.65
Sold For
14
Bids
This auction has ended.
PUBLISHER: Fawcett
COMMENTS: A 15% BUYER'S PREMIUM WILL BE ADDED TO THIS ITEM AT CONCLUSION OF THE AUCTION
cream/ow pages
#2 (#1); C.C. Beck cvr/art; origin & 1st app. Captain Marvel; Comic Book Impact rating of 10 (CBI)
Read Description ▼
Sell One Of These Inquire About This

Watch
A 15% BUYER'S PREMIUM WILL BE ADDED TO THIS ITEM AT CONCLUSION OF THE AUCTION
cream/ow pages
#2 (#1); C.C. Beck cvr/art; origin & 1st app. Captain Marvel; Comic Book Impact rating of 10 (CBI)It's hard to imagine now, but for about a decade, Superman's most fearsome nemesis was not Lex Luthor or the Toyman, but the Big Red Cheese, Captain Marvel. His colossal popularity and mammoth sales eclipsed even the Man of Steel's as he moved as many as five million copies per issue. DC gathered an army of lawyers to pummel Fawcett and eventually drove them out of the funny book business as court costs skyrocketed just when sales began to lag. It's no surprise that DC would raise an eyebrow at the Captain when you see the Action #1 inspired cover of this first appearance.

It's in the pages within, however, that C.C. Beck and Billy Parker put their immortal spin on the new superhero mythology, as young orphan, Billy Batson, imbued the story with an unexpected poignancy. The moody, mysterious origin tale, with unfathomable caves, ancient gods, and atmospheric visuals set this series apart from all others of the day. Rich and detailed, instantly appealing, and perfectly tailored to its troubled times, Fawcett's family of Marvels remains a literary triumph and a comics cornerstone. 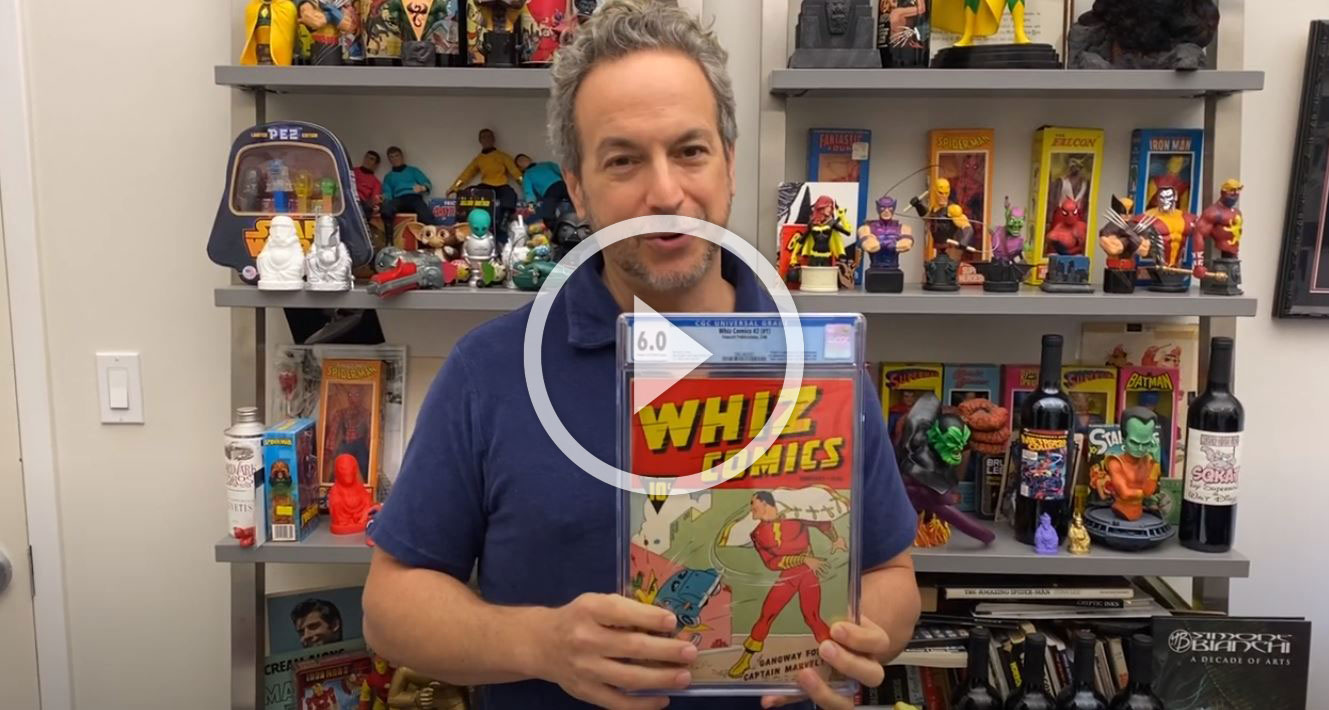 With less than 100 copies recorded on the CGC Census, Whiz Comics #1 is an incredibly rare and historic book. This copy earned an impressive 6.0 from CGC, presenting cream to off-white pages, a miraculous feat for an over 80-year-old comic book.

Featuring the origin and first appearances of Captain Marvel, Sivana, Golden Arrow, Dan Dare, Lance O'Casey, Spy Smasher, and Ibis, this copy has fantastic eye appeal. The cover featuring Captain Marvel throwing a car against a brick wall forms an instant parallel to the world-changing frontispiece on Action Comics #1. This copy of a Golden Age key is beautifully clean and would make a welcome addition to any comic book collection or investment portfolio.