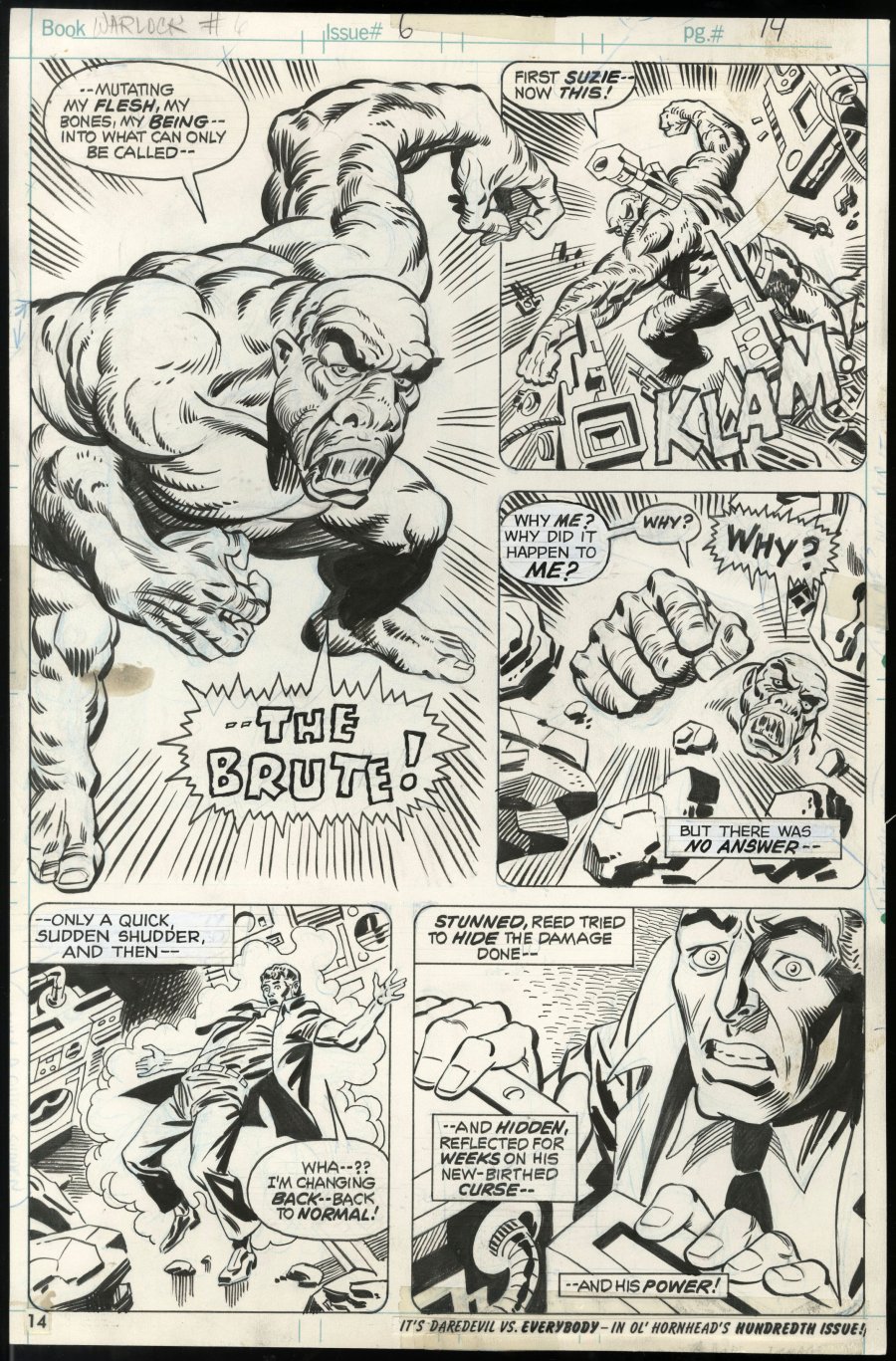 $550
Sold For
18
Bids
This auction has ended.
PUBLISHER: Marvel
COMMENTS: Bob Brown pencils/Tom Sutton inks; page 14; 1973; image size 10" x 15"
1st appearance of The Brute!
Read Description ▼
Sell One Of These Inquire About This

Watch
Bob Brown pencils/Tom Sutton inks; page 14; 1973; image size 10" x 15"
1st appearance of The Brute!Counter-Earth's Reed Richards transforms into the hideous monster known as The Brute in this fabulous page by Brown, from his pen and ink. Art is in excellent condition.
Artists Information