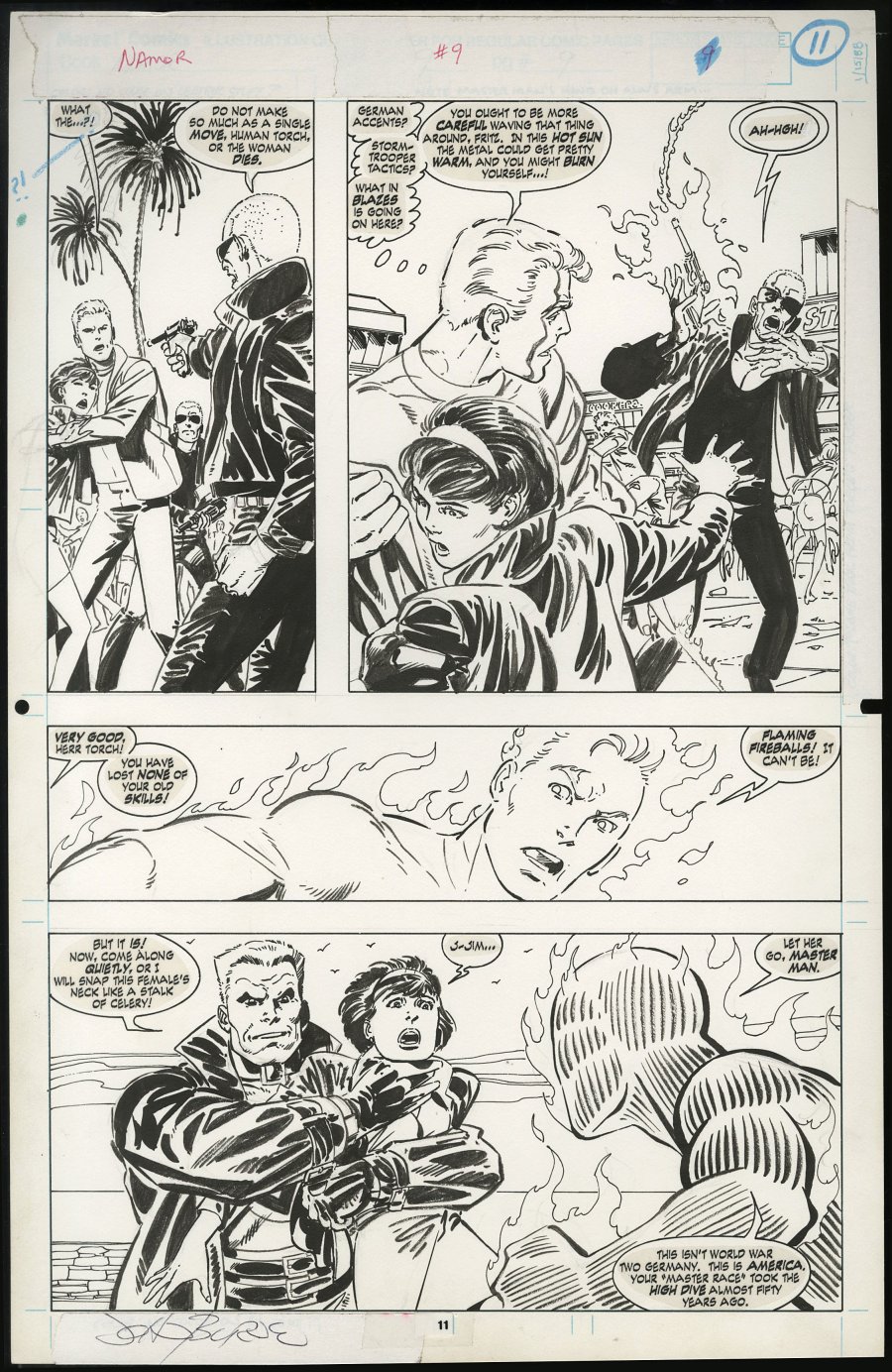 Watch
John Byrne pencils and inks; page 11; 1990; image size 10" x 15"Jim Hammond, the original android Human Torch, is accosted by a couple of Nazis, led by the Master Man in this great page by Byrne, revisiting the original incarnation of the Torch, who he drew for so long during his tenure on the Fantastic Four. Pen and ink. Art is in excellent condition.
Artist Information