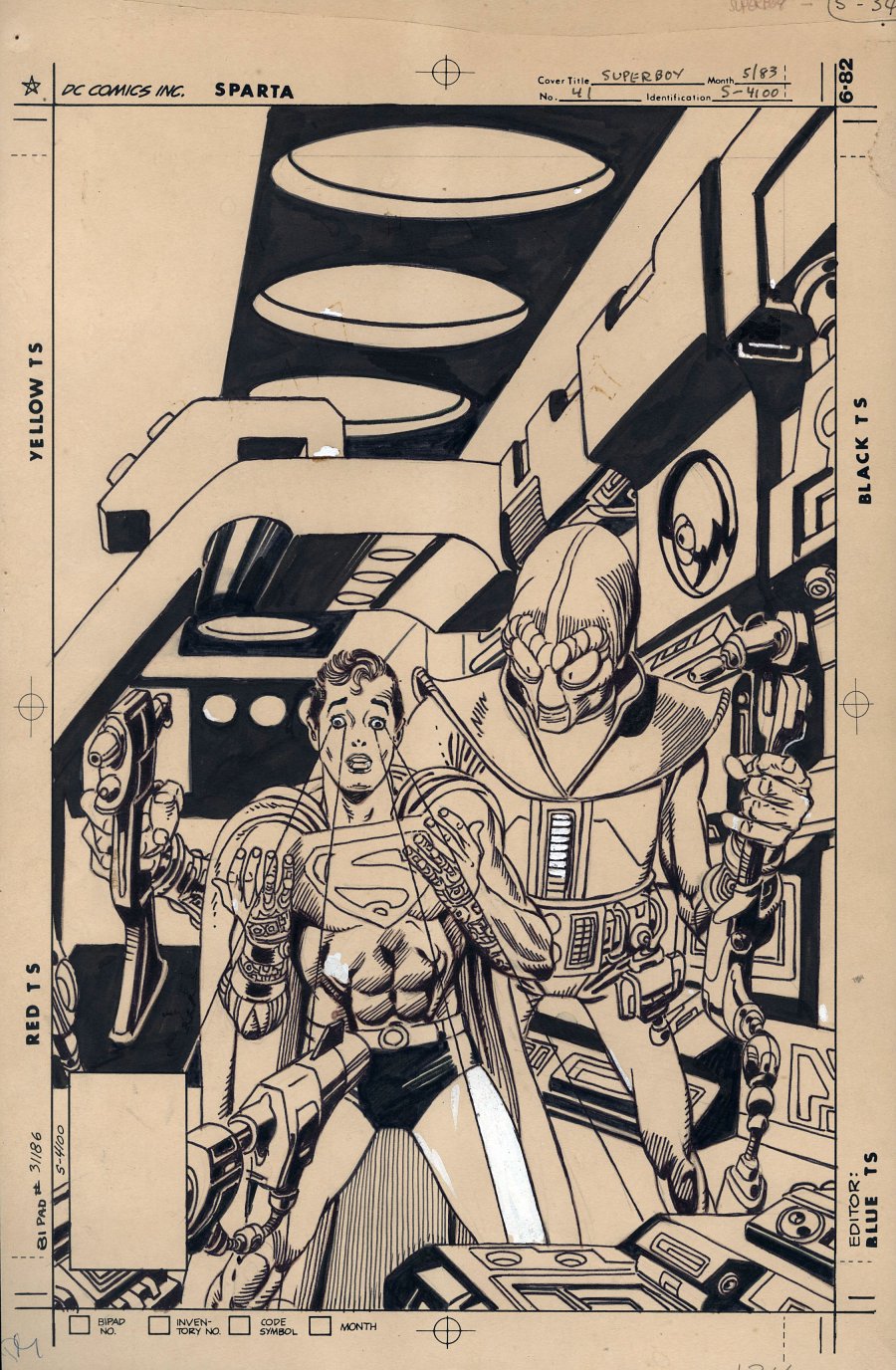 Watch
Gil Kane pencils and inks; cover; 1983; image size 10" x 15"Cyborg Superboy? At least in this cover by Kane he is. Beautiful drawing by a master. Pen and ink. Art is in very good condition, there is yellowing to the board, and some parts of the cover were re-inked by Kane due to the fading of the original inks.
Artist Information