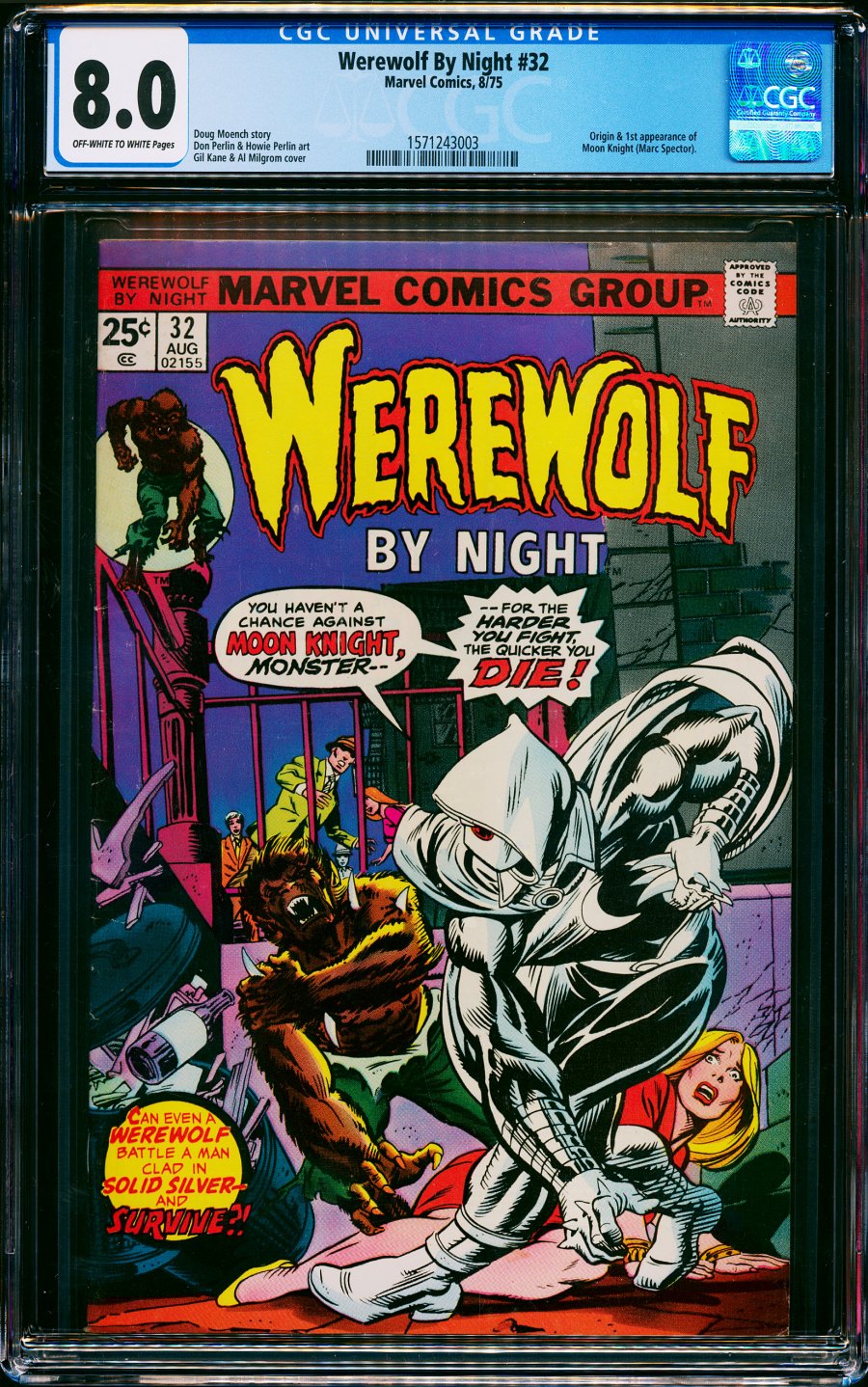 Auction Ends In
$1,500
Current Bid
16
Bids
NEXT MIN. BID: $1,550
FYI there's no need to include decimal points(.).
Bid Confirmation
You are about to submit a bid of . If you win this auction, you are legally obligated to purchase the book. Are you sure you want to continue?
Don't Show Again (except when higher than min. bid)
(No Reserve)
PUBLISHER: Marvel
COMMENTS: ow/w pgs
origin & 1st app. Moon Knight (MK series coming)
Read Description ▼
Sell One Of These Inquire About This

Watch
ow/w pgs
origin & 1st app. Moon Knight (MK series coming)While a fan favorite through most of the 1970s, few cared about Jack Russell by the 80s. In this issue, the lovable lycanthrope's nemesis, the mystical Moon Knight, made his debut and quickly became an enduring part of the Marvel mythos and a staple of direct sales titles. Compelling stories by Doug Moench (co-creator of the character, along with Don Perlin) made Moon Knight a keeper. With numerous titles featuring the Moon Knight prominently over the decades following his initial appearance, the Fist of Khonshu is still a huge draw for comic fans. The upcoming Moon Knight TV series for Disney+ should alert collectors to the fact that high-grade copies of Werewolf By Night #32 are exceeding multiples of price guide values.