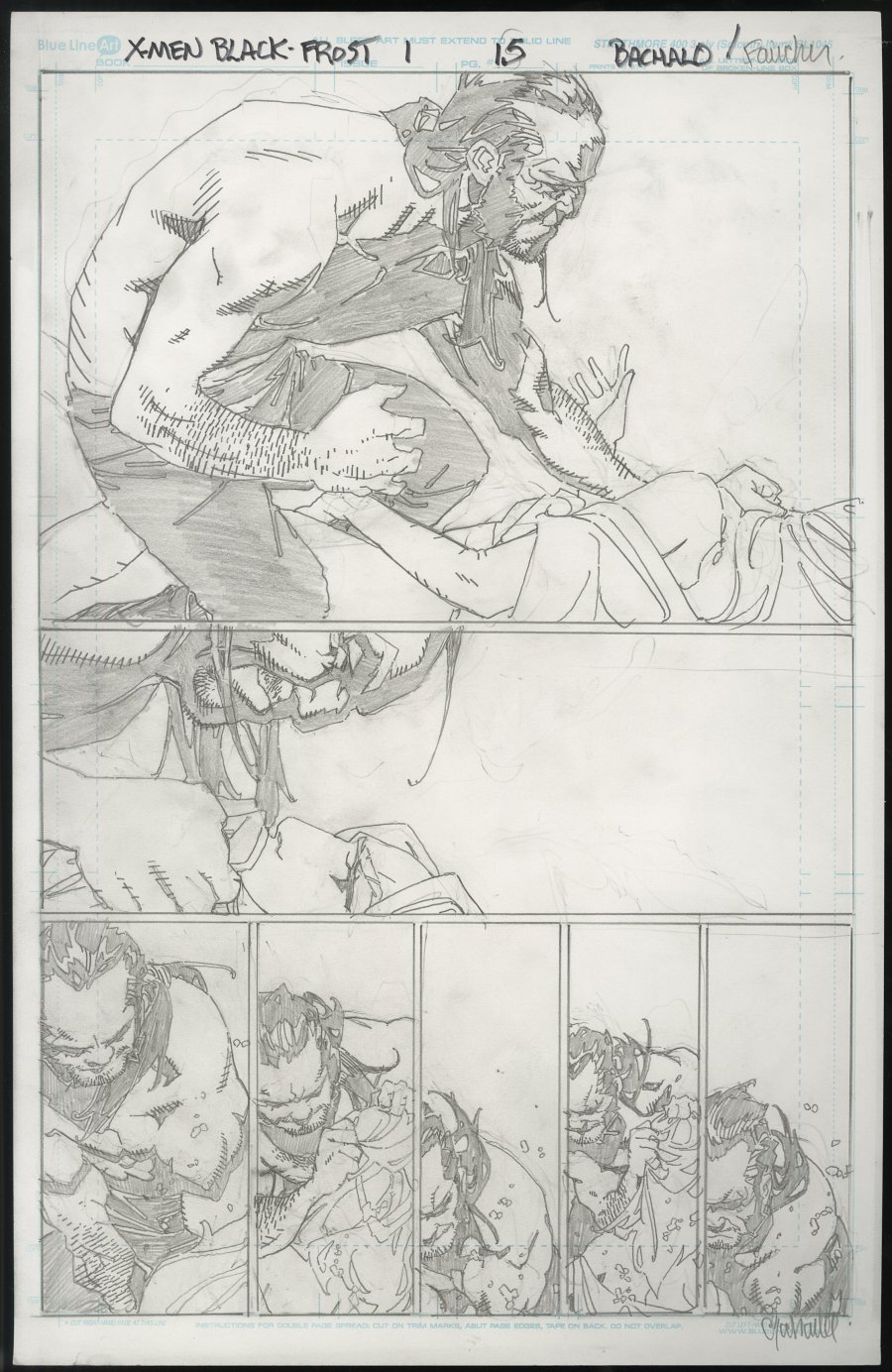 Auction Ends In
$32
Current Bid
3
Bids
NEXT MIN. BID: $34
FYI there's no need to include decimal points(.).
Bid Confirmation
You are about to submit a bid of . If you win this auction, you are legally obligated to purchase the book. Are you sure you want to continue?
Don't Show Again (except when higher than min. bid)
(No Reserve)
PUBLISHER: Marvel
COMMENTS: Chris Bachalo pencils/Wayne Faucher inks; pencils and inks on separate boards; page 15; 2018; image size 10.25" x 15.75" ea.
Read Description ▼
Sell One Of These Inquire About This

Watch
Chris Bachalo pencils/Wayne Faucher inks; pencils and inks on separate boards; page 15; 2018; image size 10.25" x 15.75" ea.The Black King, Sebastian Shaw gets the jump on Emma Frost before she turns the tables and takes the mantle of the Black Queen. Pencils by Bachalo and inks by Faucher over a blue line print out on separate boards, both of which are included. Pen and ink. Art is in excellent condition. Signed by Bachalo on each page.
Artists Information

Chris Bachalo is a Canadian/American comic book artist/creator who's known for his cartoon-like style. Fans instantly recognize his art as he has worked for a number of publishers including DC, Image and Cliffhanger. Bachalo is most known for his work on Neil Gaiman's Death and is also famous for his work with Marvel where he co-created the comic Generation X and also penciled the famous X-Men story, Age of Apocalypse.