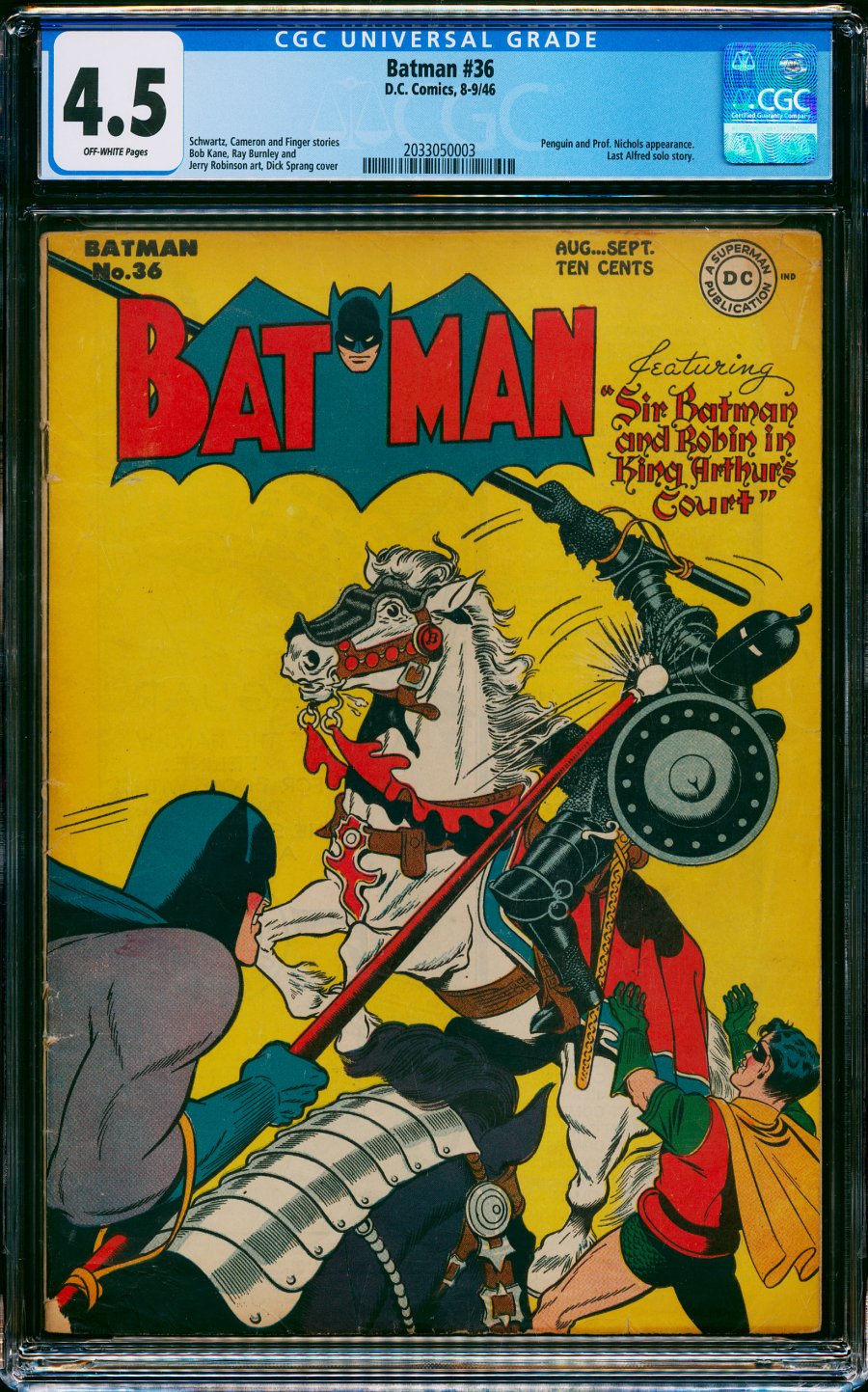 Watch
ow pgs
Dick Sprang cvr, Bob Kane art; Penguin app.The inspiration for the cover of Batman #36 is the time traveling tale “Sir Batman At King Arthur’s Court” which sees the Dynamic Duo transported, via hypnosis, to the 7th Century, where they interact with the famous characters of Arthurian mythos, Merlin, Morgaine le Fey, Sir Lancelot, and King Arthur himself. After derailing an evil plot by le Fey, Batman becomes a knight of the realm and joins the ranks of the fabled Round Table. The anthology book also includes a classic Penguin plot line and the last solo Alfred Beagle mystery story before the character was rechristened Pennyworth and given a slimmer, bearded look to establish continuity with the loyal butler’s appearance in the Batman serial films which were released in 1943.