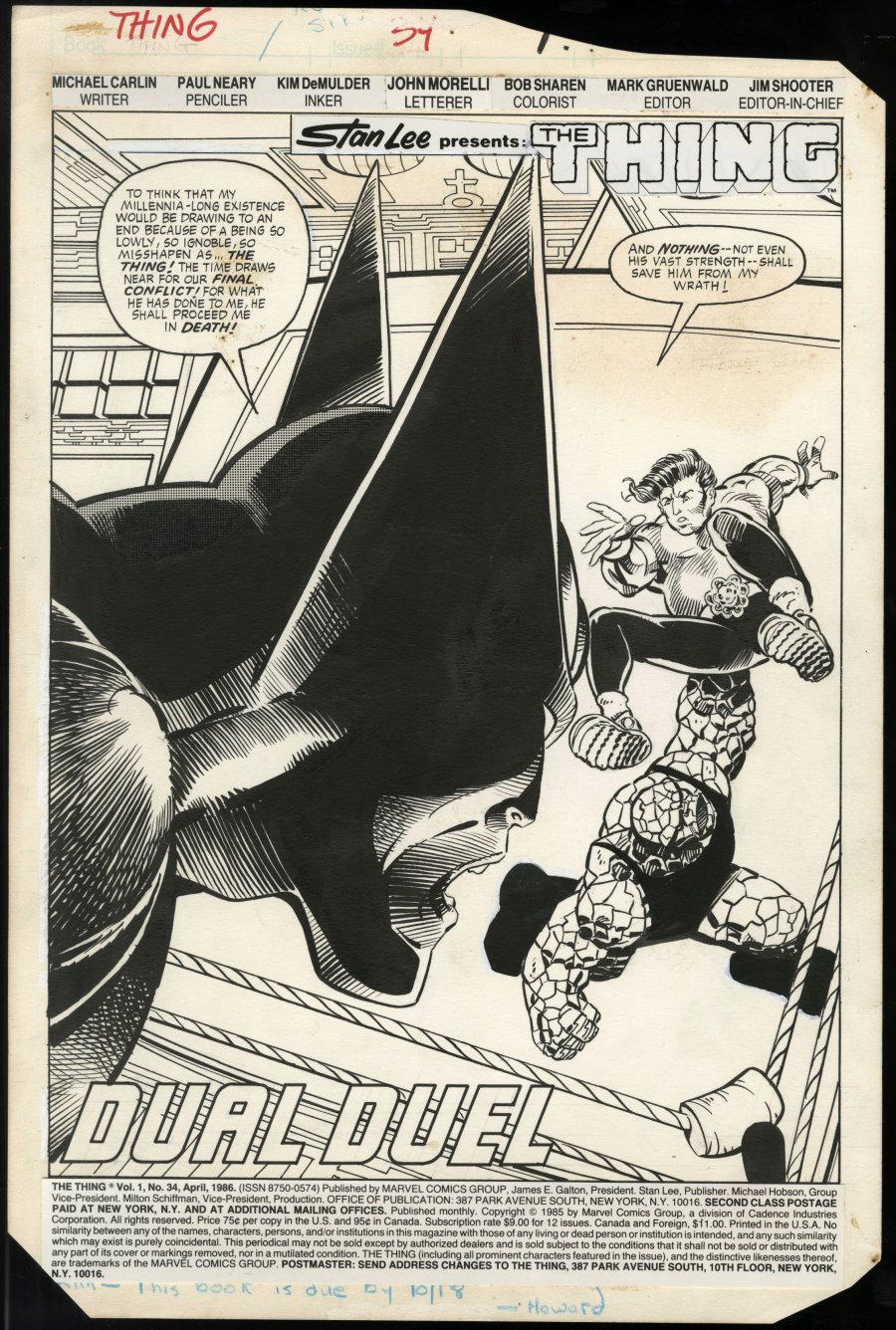 Watch
Paul Neary pencils/Kim DeMulder inks; page 1; 1986; image size 10" x 15"The Sphinx (not Wolverine, definitely not, but you can tell your friends it's Wolverine) watches The Thing dispatch a hapless opponent in a wrestling tournament that will end with Thing vs. Sphinx. Pen and ink. Art is in excellent condition.
Artist Information