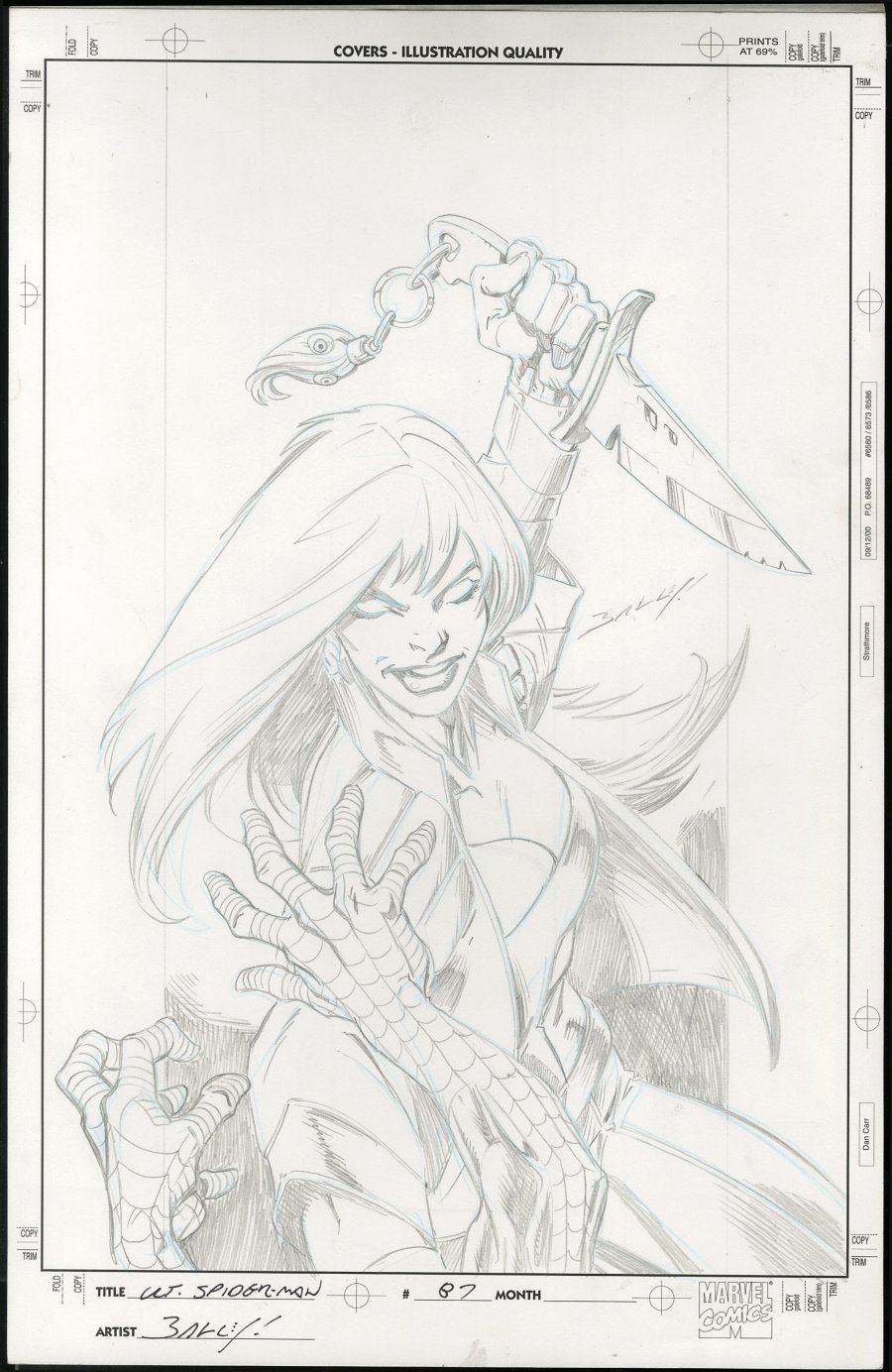 Watch
Mark Bagley pencils; cover; 2006; image size 10" x 15"Silver-Sable has Spider-Man in a tight spot in this great cover by Bagley from his and Brian Michael Bendis' historic run on Ultimate Spider-Man. This artwork was colored directly from these pencils, there is no ink art for this cover. Pencil on board. Art is in excellent condition. The title paste-ups are reproductions on an overlay. Signed by Bagley.
Artist Information