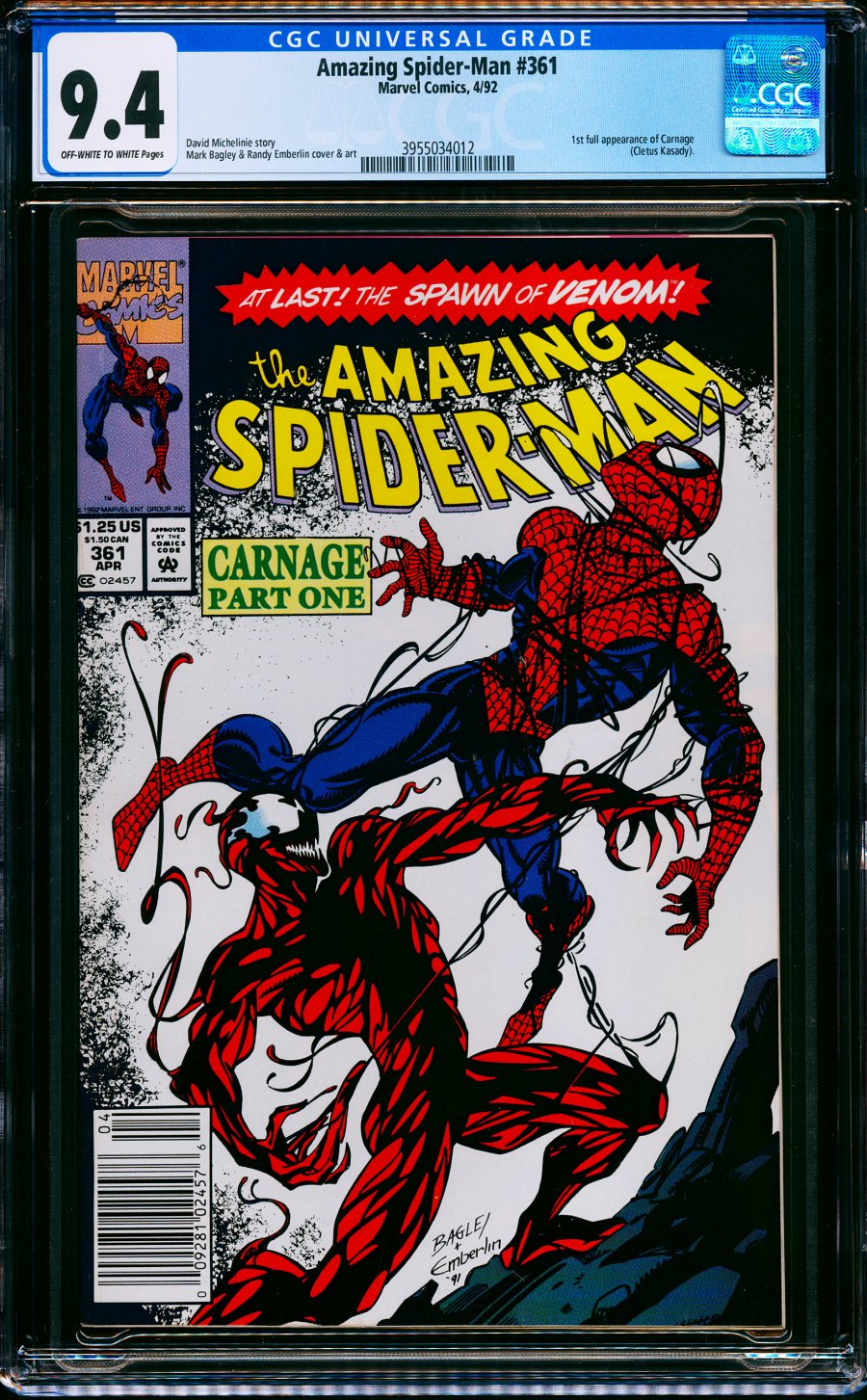 Watch
ow/w pgs; Newsstand Edition
Bagley cvr/art; 1st full app. Carnage (Cletus Kasady) (4/92) COMIC BOOK IMPACT rating of 7Following a brief appearance in the pages of Amazing Spider-Man #359 Cletus Kasady/Carnage makes his first full appearance here in issue #361, marking a new chapter in the saga of the symbiotes. Carnage was initially conceived as a darker version of Venom, after the latter had become incredibly popular, Carnage essentially became a villain for a villain. Though relatively recently being introduced, the deranged killer imbued with superpowers immediately resonated among fans, becoming an overnight success. Unlike Eddie Brock, Cletus Kasady was a true criminal with zero morality, and his chaotic nature made a for stronger bond with his symbiote. As a result, Kasady was more powerful and deadly than his predecessor. Like Venom, Carnage has been showcased in multiple TV shows and video games, even earning an end credits cameo in 2018's “Venom.” Now Spider-Man aficionados eagerly await Carnage’s big screen debut in “Venom 2” where he is likely to be the featured antagonist.