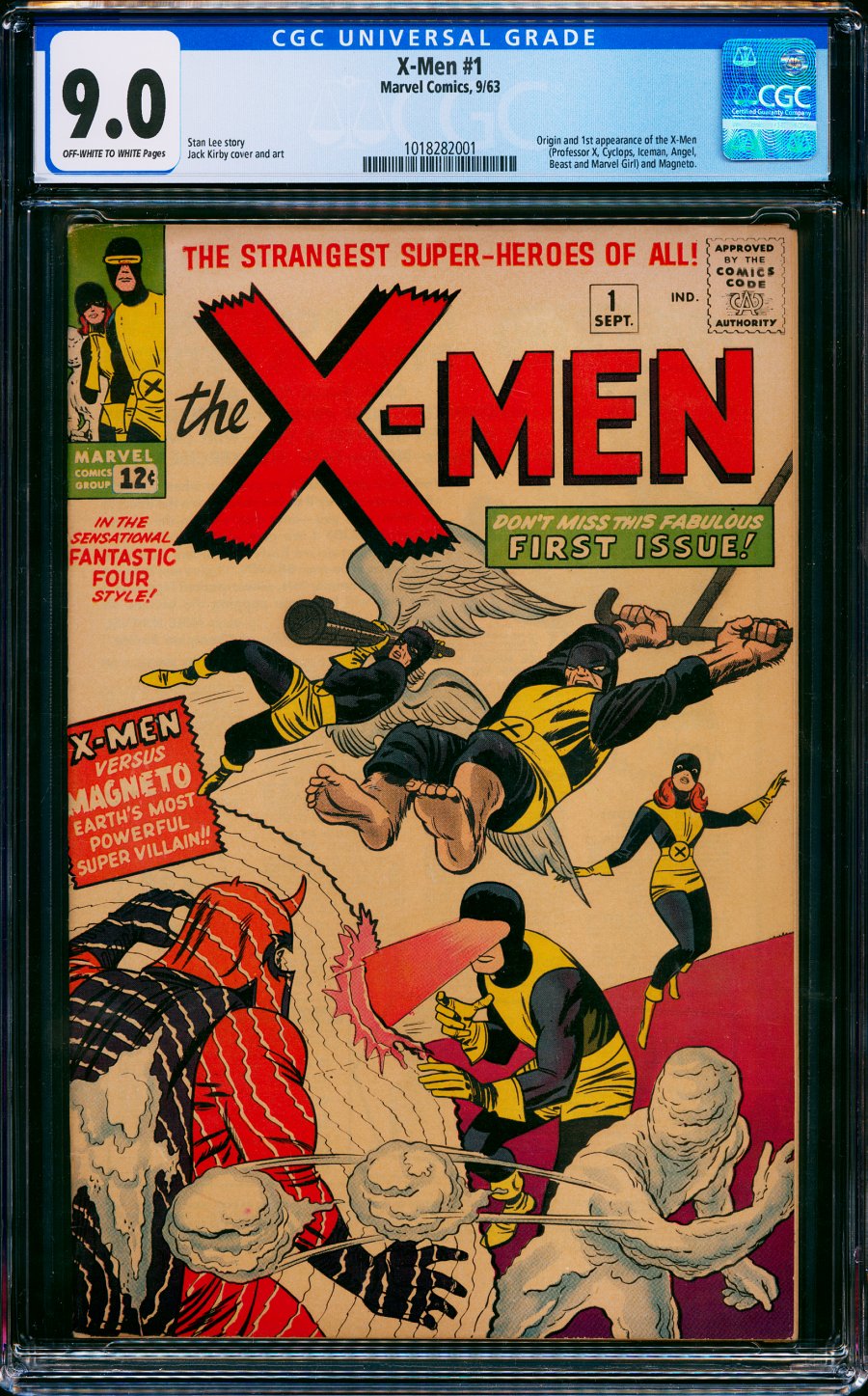 Watch
ow/white pgs
Jack Kirby cvr/art; origin and 1st app. X-Men; 1st app. Magneto; Comic Book Impact rating of 10 (CBI)Stan Lee once explained that his original title for this series was "The Mutants" but publisher Martin Goodman didn't like the sound of it. Lee, in a stroke of genius, named the newly formed group after its founder, Professor X, and thus the X-Men were born. They were a motley band of outcasts, hated and feared by the human world. The title was almost canceled due to lagging sales but was reborn with a new cast of characters in the 70s which went on to make them a perennial favorite ever since. Everybody can relate to what it is like being an outsider, and that is what draws us to the X-Men. With a staggering number of comic spin-offs, blockbuster movies, and a variety of TV shows and cartoons, the popularity of this first issue has proven to be a strong investment in the marketplace.

X-Men #1 was a revolutionary collaboration between Stan Lee and Jack Kirby. Following their groundbreaking creations including The Fantastic Four, Thor, Spider-Man, and The Avengers, they came together again to debut Marvel's mutants. The original five X-Men (Cyclops, Iceman, Angel, Beast, and Jean Grey/Marvel Girl), their leader Professor X, and their infamous enemy Magneto all debuted in X-Men #1. The X-Men quickly became a cornerstone of the Marvel Universe, and lead to decades of comics, cartoons, movies, videogames, toys and more!
This copy of X-Men #1 earned a stunning 9.0 CGC Universal Grade, with beautiful off-white to white pages. The white background and the red X-Men logo are both so sharp and crisp here. The original X-Men and Magneto look beautiful in their classic costumes on the iconic Kirby cover. Only very minor stress is visible on the spine and corners. This book is almost 50 years old, and it still looks brand-new.
The X-Men are soon joining the MCU, the highest-grossing and most-popular film franchise of all time. Having lead to millions of new fans and interest in Marvel comics, key issues have skyrocketed in value in recent years. X-Men #1 is an all-time classic key issue, ranking among the most influential and important comics ever. An 8.5 recently sold for almost $160,000 while a 9.2 recently sold for $250,000. X-Men #1 has been hitting record prices this year. What will it be worth after the next generation of X-Men movies and fans?