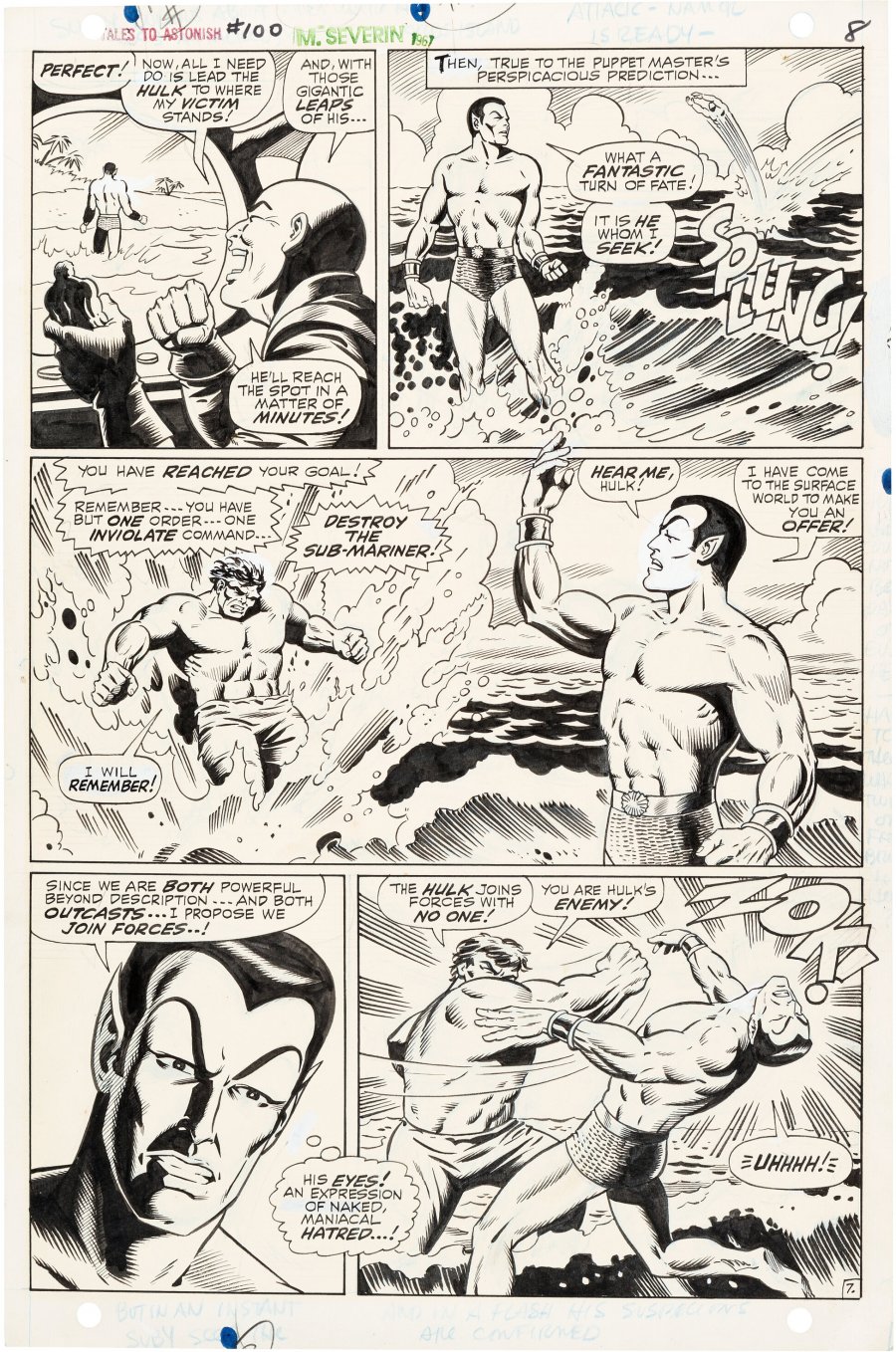 Watch
Marie Severin pencils/Dan Adkins inks; page 7; 1968; image size 10" x 15"Namor looks to join forces with The Hulk, being unaware that he is being controlled by the Puppet Master, which leads to an uncomfortable final panel for the Sub-Mariner. Beautiful SIlver Age Marvel page from Severin and Adkins (with uncredited inking assistance from Roger Brand per Adkins). Pen and ink. Art is in excellent condition.
Artists Information