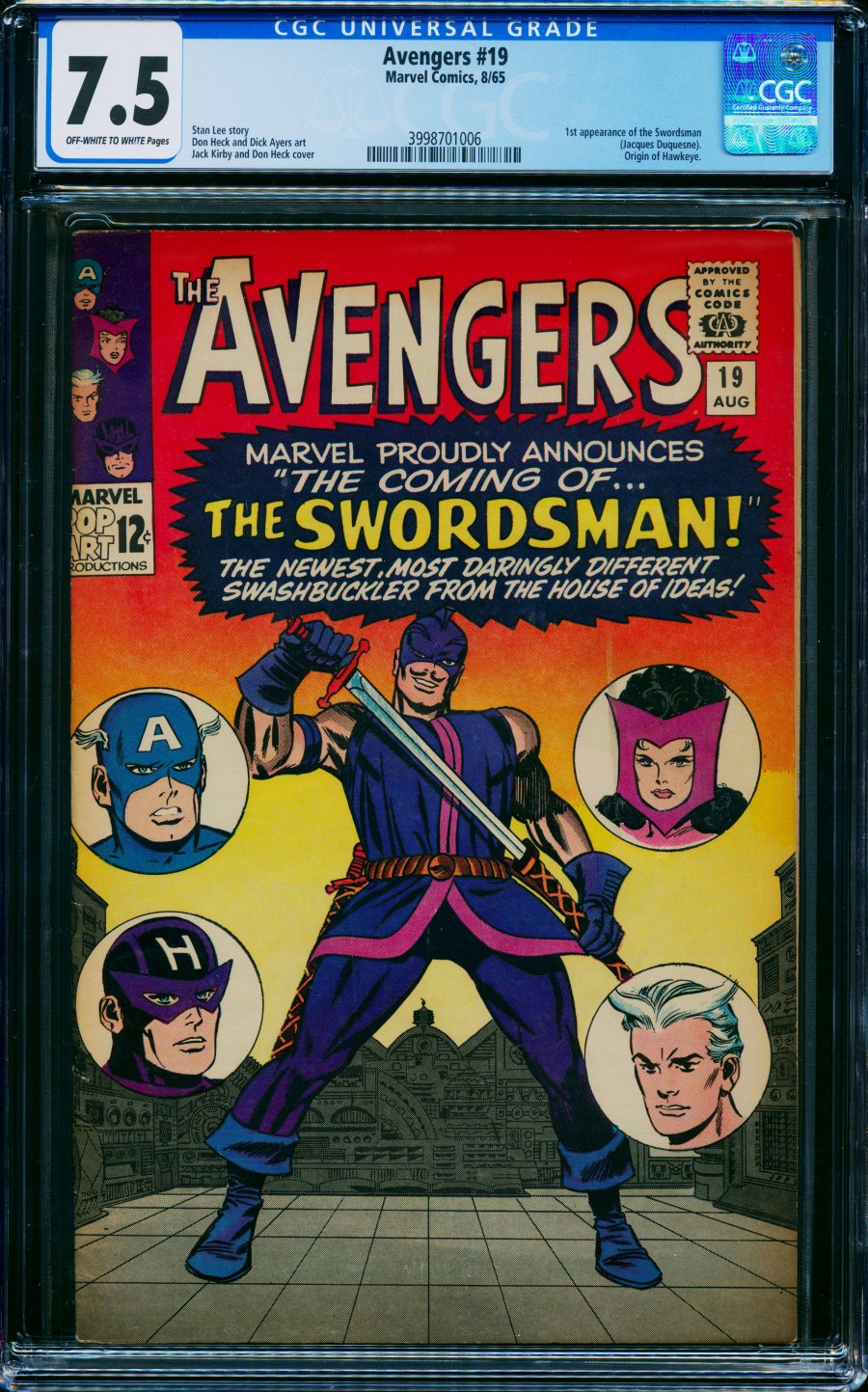 $212.75
Sold For
9
Bids
This auction has ended.
PUBLISHER: Marvel
COMMENTS: A 15% BUYER'S PREMIUM WILL BE ADDED TO THIS ITEM AT CONCLUSION OF THE AUCTION
ow/w pgs
1st app. Swordsman; origin of Hawkeye
Read Description ▼
Sell One Of These Inquire About This

Watch
A 15% BUYER'S PREMIUM WILL BE ADDED TO THIS ITEM AT CONCLUSION OF THE AUCTION
ow/w pgs
1st app. Swordsman; origin of HawkeyeCover pencils by Jack Kirby and Don Heck (insets), inks by Frank Giacoia. First appearance of the Swordsman and the origin of Hawkeye in "The Coming of... the Swordsman!" script by Stan Lee, pencils by Don Heck, inks by Dick Ayers; The Swordsman infiltrates the Avenger's base and Scarlet Witch and Quicksilver attack him; He then admits he was testing them and wants to apply for membership; Captain America intervenes with information saying he is a wanted man and the Swordsman escapes; Hawkeye explains that the Swordsman used to be his tutor when he was in the circus; Meanwhile, in Nick Fury's office in Washington D.C HYDRA agents find a letter from Captain America; They later discard it as trash; It explained how Captain America wanted to work for S.H.I.E.L.D.