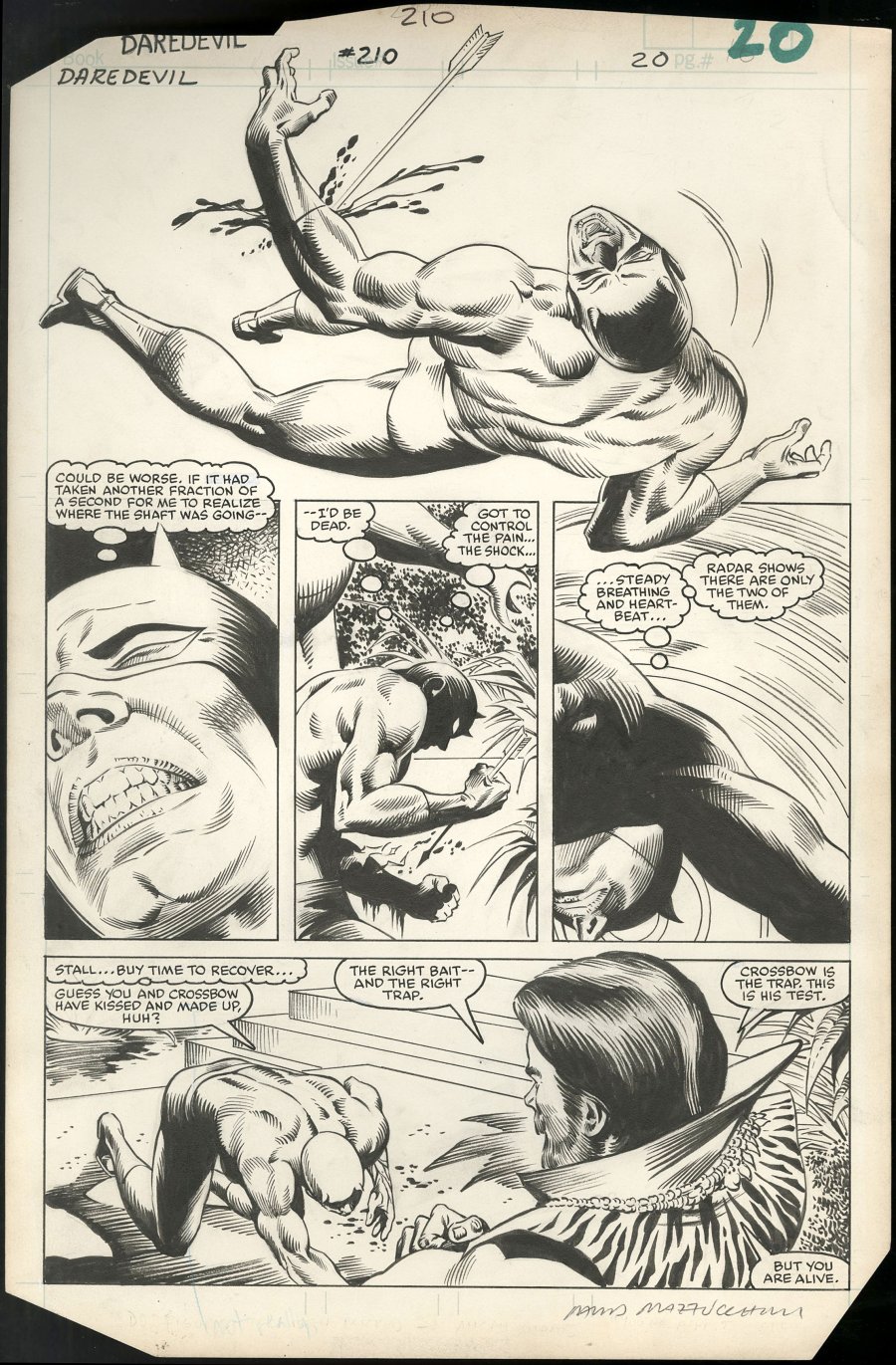 Watch
David Mazzucchelli pencils/Danny Bulanadi inks; page 20; 1984; image size 10" x 15"Daredevil takes a hit from the Crossbow, who has been busted out of prison by Micah Synn in this wonderful page from Mazzucchelli, one of comics most accomplished artists. Mazzucchelli artwork is among the most sought after in the hobby, and the relative scarcity of his published pages only makes them more desirable. This is a great example with DD in every panel. Pen and ink. Art is in excellent condition. Signed by Mazzucchelli.
Artists Information

Most people know Danny as the longtime inker for Marvel and DC Comics. His credentials include Captain America, The Fantastic Four, Daredevil, West Coast Avengers, The Blue Beetle, and the Further Adventures of Indiana Jones.

David Mazzucchelli gained fame with a memorable run on Daredevil, concluding with Frank Miller's classic storyline 'Born Again'. He would go on to illustrate Miller's Batman: Year One at DC. After that, with a short Angel story in Marvel Fanfare closing out his mainstream career, Mazzucchelli studied printmaking and launched the groundbreaking self-published anthology series Rubber Blanket with his wife Richmond Lewis. Mazzuccelli's work has been sporadic since the turn of the millenium, with his award winning graphic novel Asterious Polyp being his last major work to this point. His influence in comics cannot be understated, a whole generation of artists have studied his work making him one of the most influential artists of the last 40 years.