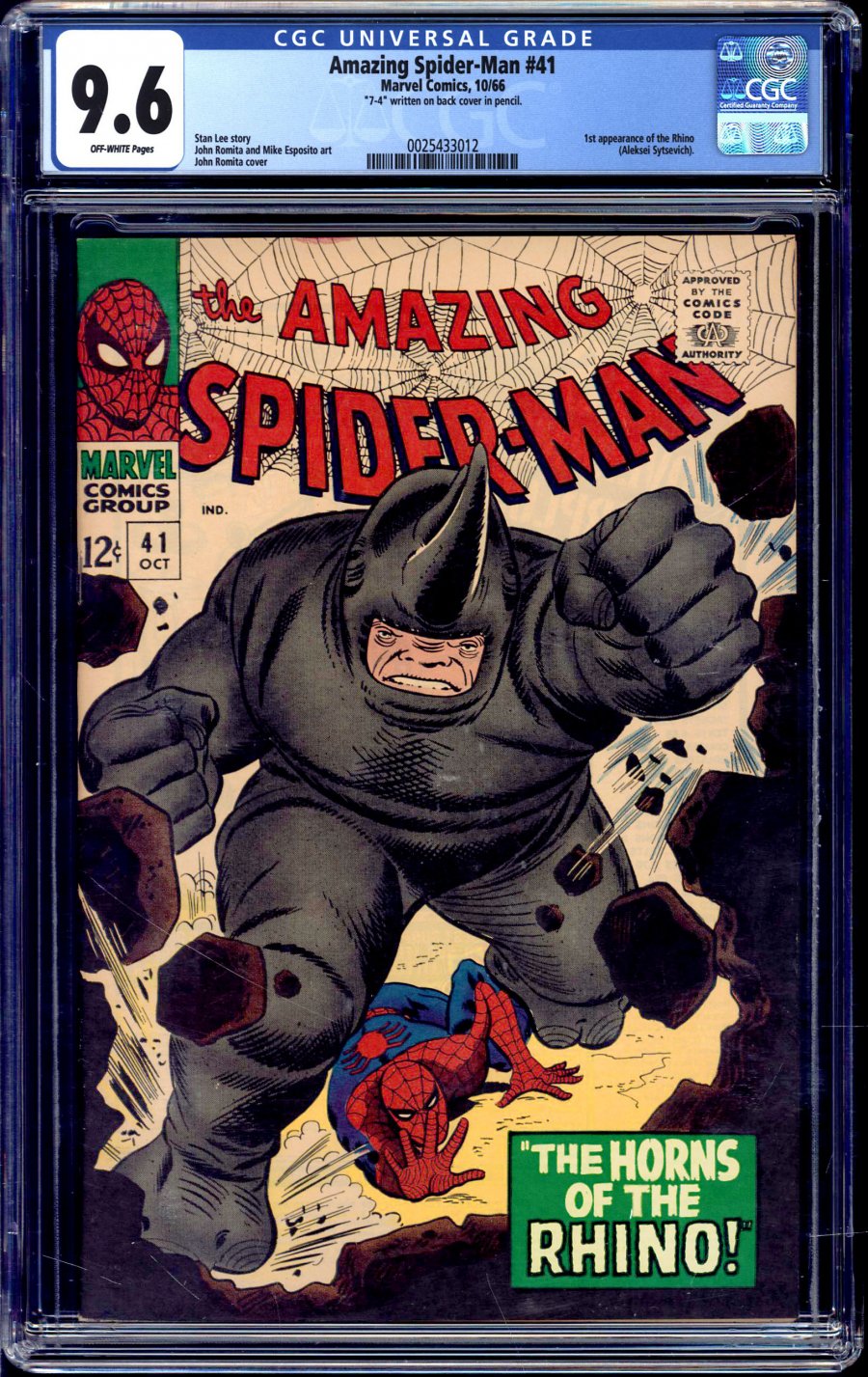 Watch
ow pgs; "7-4" written on bc in pencil (on the newsstands 7/7/1966 - this is a receiving date)
Romita cvr/art; 1st app. the Rhino; COMIC BOOK IMPACT rating of 8 (CBI)Cover pencils by John Romita Sr., inks by Mike Esposito and John Romita (touch-ups). First appearance of the Rhino in The Horns of the Rhino!, script by Stan Lee, pencils by John Romita Sr., inks by Mike Esposito (as M. Demeo) and John Romita Sr. (touch-ups); The Rhino attempts to kidnap John Jameson to turn him over to foreign powers that want his secrets about the U.S. space program; Spider-Man manages to stop the Rhino. Spider-Man has one of the best rogues' galleries in all comicdom, with more iconic villains than you can sling a web at! The Rhino ranks alongside classic villains like Vulture, Electro, Kraven, and countless others! Introduced in Amazing Spider-Man #41, the Rhino was created by Stan Lee and John Romita Sr. and the character would go on to appear in Spidey comics, movies, and games for decades. This copy of Amazing Spider-Man #41 earned a 9.6 CGC Universal Grade and has off-white pages. This classic first appearance looks really impressive, with the Rhino charging right off the page towards the book’s readers. The slab notes that “7-4” is written on the back cover in pencil; this was the receiving date, the comic was released on newsstands on 7/7/1966, and the date is very faint. Spider-Man key issues are always in high demand, with Spidey being one of the most popular and easily recognizable pop culture icons of the last hundred years. This Amazing Spider-Man #41 is a true Marvel masterpiece.