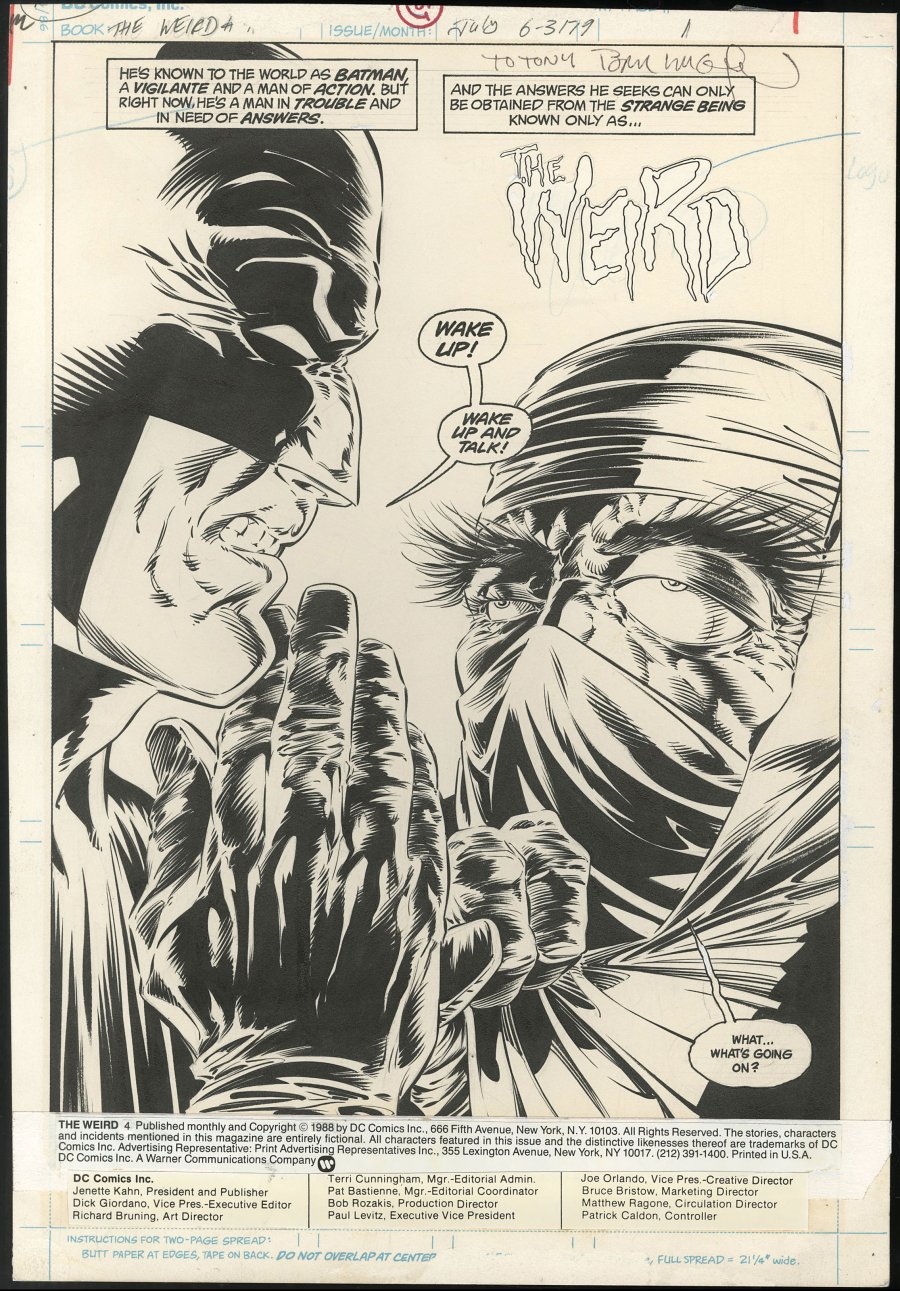 $9,315
Sold For
37
Bids
This auction has ended.
PUBLISHER: DC
COMMENTS: A 15% BUYER'S PREMIUM WILL BE ADDED TO THIS ITEM AT CONCLUSION OF THE AUCTION
Bernie Wrightson pencils and inks; page 1; 1988; image size 10" x 15"
Read Description ▼
Sell One Of These Inquire About This

Watch
A 15% BUYER'S PREMIUM WILL BE ADDED TO THIS ITEM AT CONCLUSION OF THE AUCTION
Bernie Wrightson pencils and inks; page 1; 1988; image size 10" x 15"Batman confronts The Weird in this stunning splash page by Wrightson, showing off his luscious brushwork. Even in a Justice League story, Wrightson can't keep his macabre horror far from the surface. Pen and ink. Art is in excellent condition. Signed by Wrightson.
Artist Information