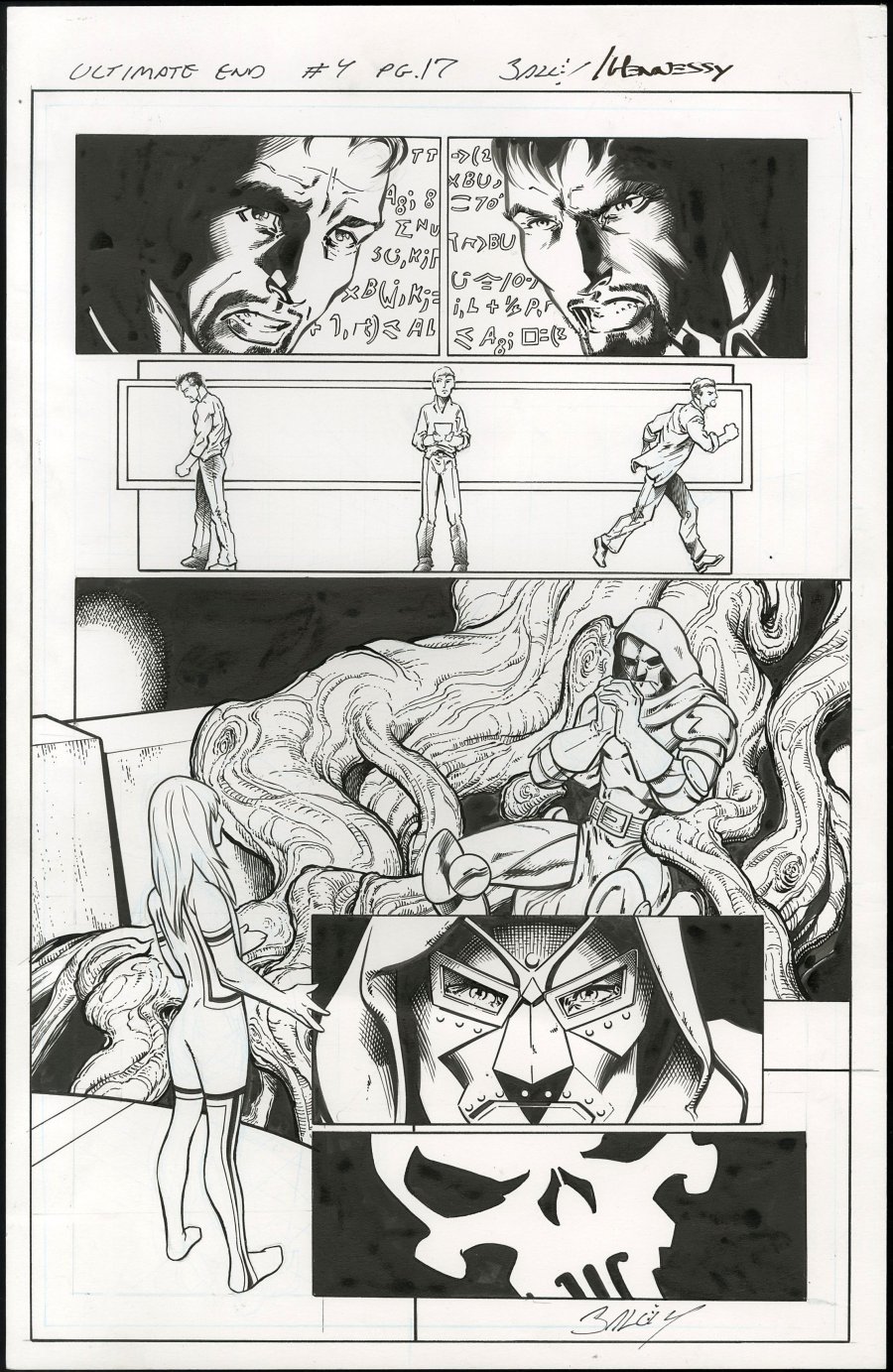 $155.25
Sold For
10
Bids
This auction has ended.
PUBLISHER: Marvel
COMMENTS: A 15% BUYER'S PREMIUM WILL BE ADDED TO THIS ITEM AT CONCLUSION OF THE AUCTION
Mark Bagley pencils/Andrew Hennessy inks; page 17; 2015; image size 10" x 15"
Read Description ▼
Sell One Of These Inquire About This

Watch
A 15% BUYER'S PREMIUM WILL BE ADDED TO THIS ITEM AT CONCLUSION OF THE AUCTION
Mark Bagley pencils/Andrew Hennessy inks; page 17; 2015; image size 10" x 15"Tony Stark and Dr. Strange argue while Valeria (daughter of Reed and Sue Richards) confronts Dr. Doom, with an ominous appearance from the Punisher skull in the last panel. Pen and Ink. Art is in excellent condition. Signed by Bagley and Hennessy.
Artist Information