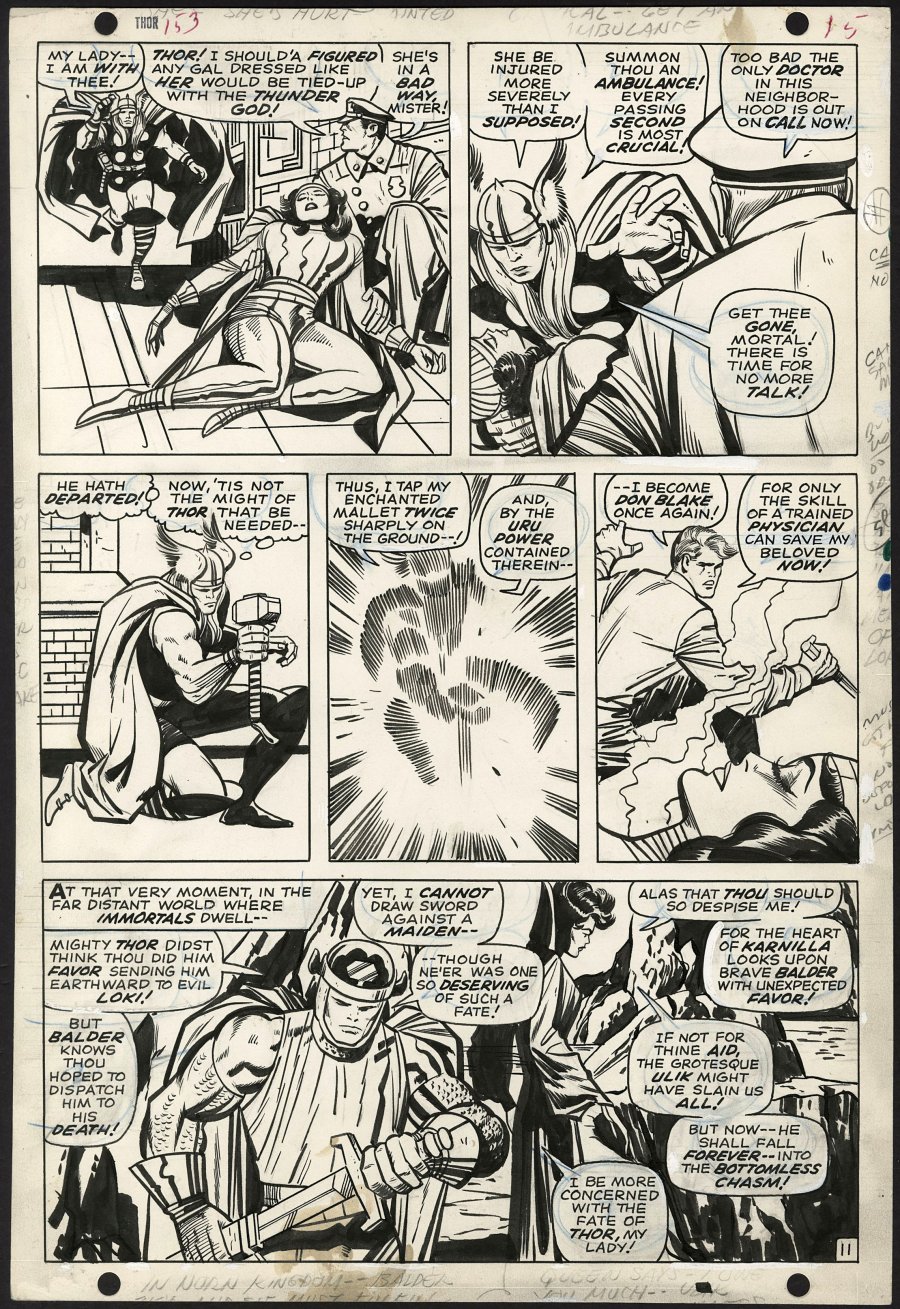 $11,615
Sold For
23
Bids
This auction has ended.
PUBLISHER: Marvel
COMMENTS: A 15% BUYER'S PREMIUM WILL BE ADDED TO THIS ITEM AT CONCLUSION OF THE AUCTION
Jack Kirby pencils/Vince Colletta inks; page 11; 1968; image size 10" x 15"
Read Description ▼
Sell One Of These Inquire About This

Watch
A 15% BUYER'S PREMIUM WILL BE ADDED TO THIS ITEM AT CONCLUSION OF THE AUCTION
Jack Kirby pencils/Vince Colletta inks; page 11; 1968; image size 10" x 15"Great Thor page by Kirby. In this page Thor has to transform into Don Blake to save a fallen Lady Sif, while elsewhere Balder and Karnilla assess their situation. Any Kirby Thor page with a transformation sequence is a treat and a delight. Pen and Ink. Art is in very good condition, there is minor staining along the bottom.
Artists Information