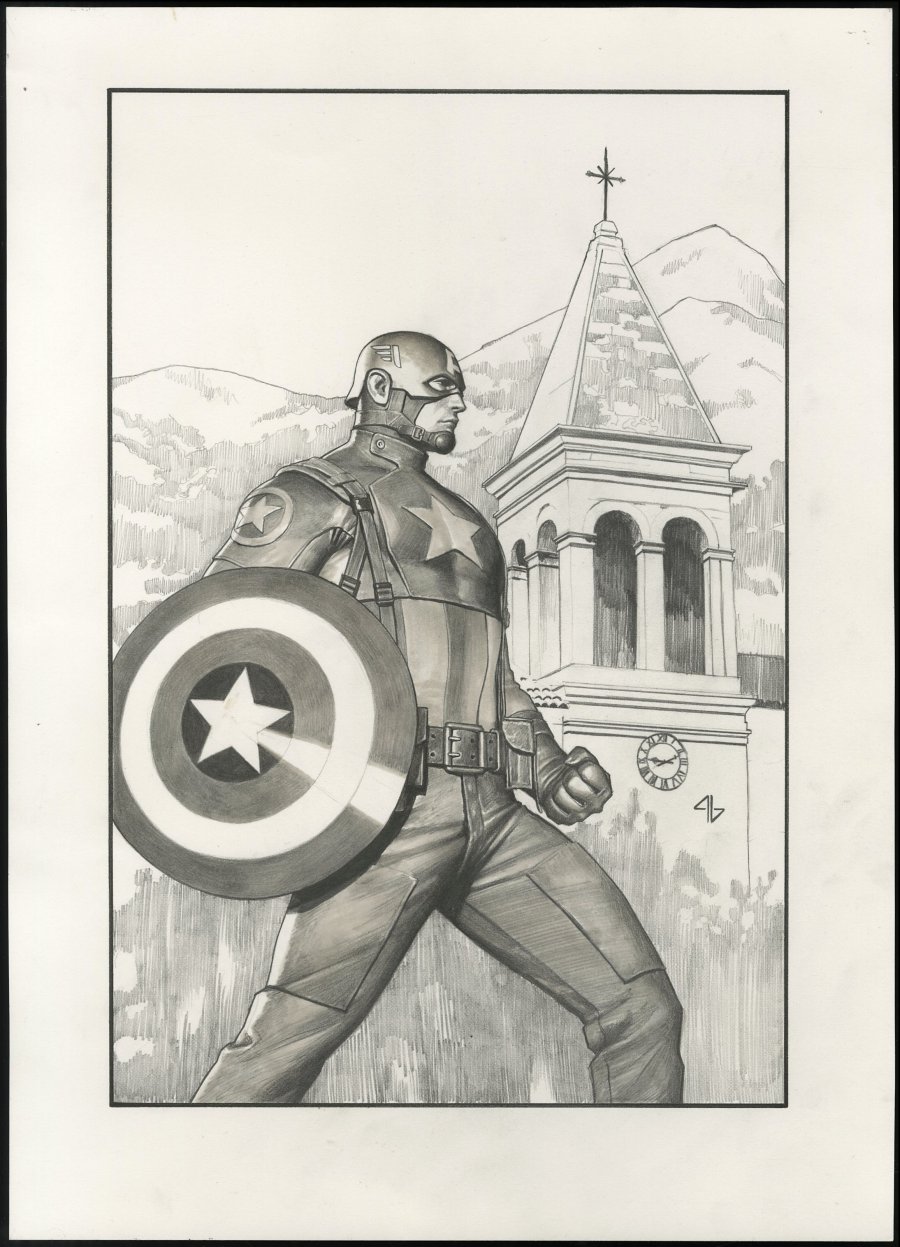 $4,945
Sold For
45
Bids
This auction has ended.
PUBLISHER: Marvel
COMMENTS: A 15% BUYER'S PREMIUM WILL BE ADDED TO THIS ITEM AT CONCLUSION OF THE AUCTION
Adi Granov pencils and ink wash; Hidden Gem variant cover; 2019; image size 8.75" x 13"
Read Description ▼
Sell One Of These Inquire About This

Watch
A 15% BUYER'S PREMIUM WILL BE ADDED TO THIS ITEM AT CONCLUSION OF THE AUCTION
Adi Granov pencils and ink wash; Hidden Gem variant cover; 2019; image size 8.75" x 13"Stoic Captain America by Granov, gracing this variant cover to the debut issue 2019 relaunch of Marvel Comics Presents. Beautifully rendered in pencil and wash, printed from this drawing with digital additions. Pencil and Ink wash. Art is in excellent condition. Signed by Granov.
Artist Information

Adi Gravnor is a Bosnian-American Comic artist who began his career as storyboard and conceptual artist. Fans of the Marvel cinematic universe would especially recognize Gravnors works as he was the key artist for several of the films; including the first Iron Man movie and the Avengers (2012), while his most notable comic book works include the Iron Man: Extremis story line. There is certainly a cinematic feel to Adi Gravnor's style as he uses a hyper realistic painting style with dramatic action poses. Gravnor credits European comic books and American poster artists an influence to his art style as well as a few Manga artists. Though he considers himself more of a drawer rather painter, Adi's mixture of both lead to him to be one of the industries most highly sought after artists today.