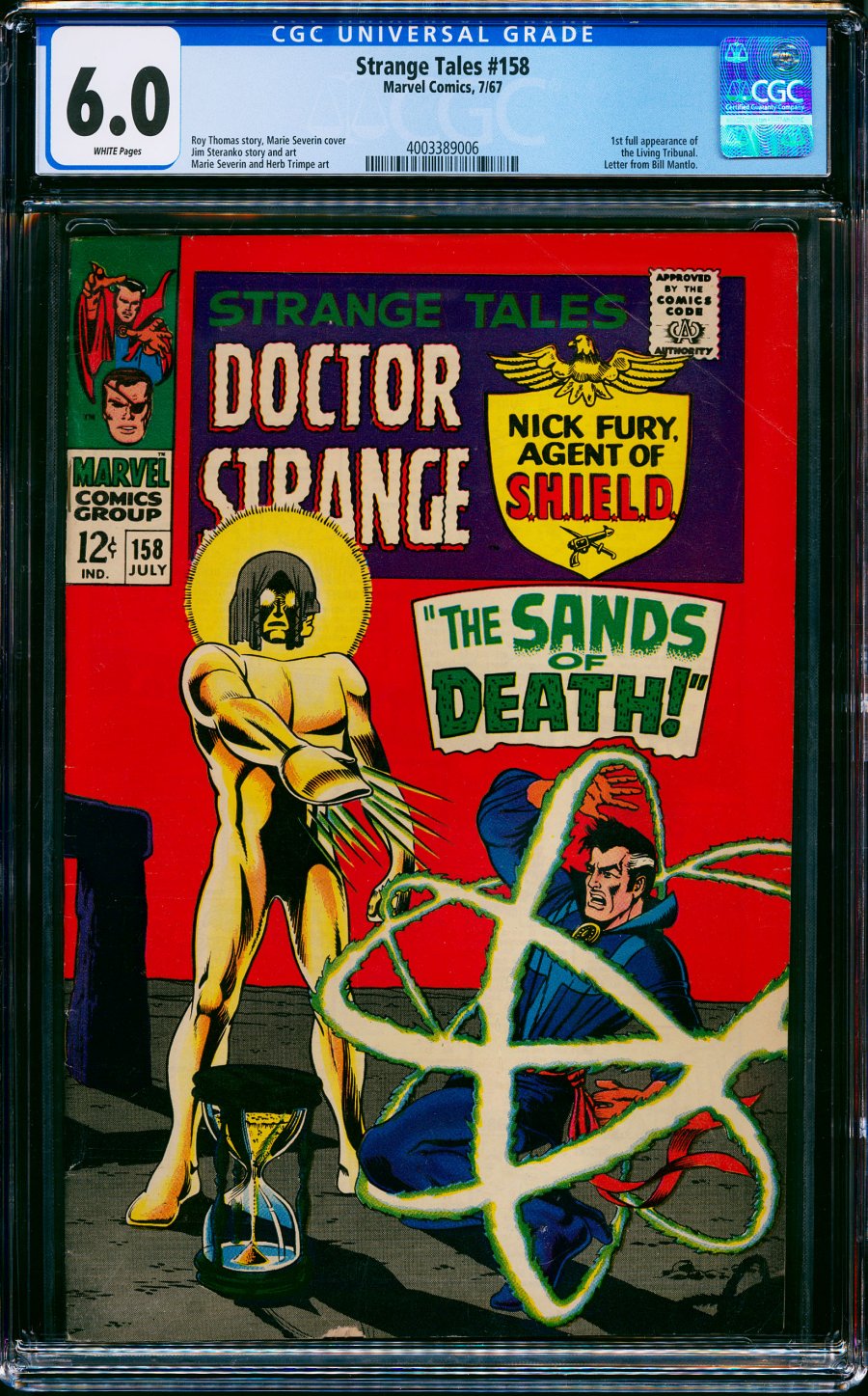 Watch
white pgs
Steranko art; 1st full Living TribunalCover pencils by Marie Severin. Nick Fury stars in "Final Encounter!", script and art by Jim Steranko; The battle between Fury & Strucker rages until Fury manages to remove his Satan glove; Minutes later, as HYDRA thugs enter the room, they discover 2 Strucker's! One of them is revealed to be wearing a mask, panics, and is incinerated in an Alpha-Particle Reactor Cube; The other orders Laura put aboard the Dyna-Soar and takes off from Hydra Island, despite the imminent detonation of The Death Spore bomb. "The Sands of Death," script by Roy Thomas and Marie Severin (co-plot), pencils by Marie Severin, inks by Herb Trimpe; The Living Tribunal decrees that because Doctor Strange has unleashed a menace to the cosmos Earth must be destroyed; Before he recites the Incantation of Oblivion he recounts events leading up to his decision, agreed upon by his 3 faces of Equity, Revenge & Necessity; Doctor Strange challenges the Tribunal to let him deal with the menace, having defeated the forces of darkness in the past. Strange is granted a reprieve for as long as it takes the Sands of Death to run out of a mystic Hourglass resting in the middle of Stonehenge; Cameos by Dormammu and Umar.