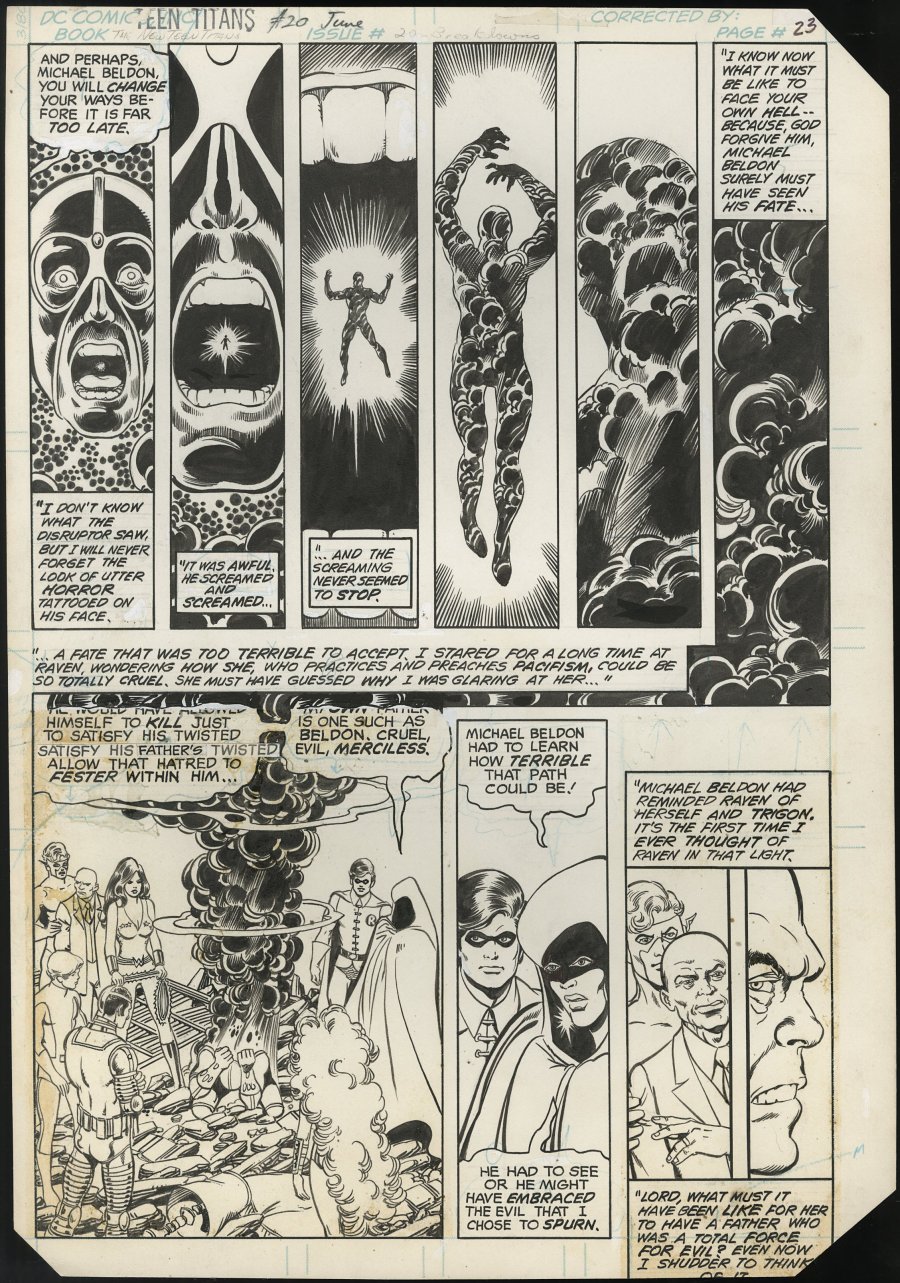 $4,600
Sold For
35
Bids
This auction has ended.
PUBLISHER: DC
COMMENTS: A 15% BUYER'S PREMIUM WILL BE ADDED TO THIS ITEM AT CONCLUSION OF THE AUCTION
George Perez pencils/Romeo Tanghal inks; page 23; 1982; image size 10" x 15"
Read Description ▼
Sell One Of These Inquire About This

Watch
A 15% BUYER'S PREMIUM WILL BE ADDED TO THIS ITEM AT CONCLUSION OF THE AUCTION
George Perez pencils/Romeo Tanghal inks; page 23; 1982; image size 10" x 15"Classic Perez Teen Titans page, showcasing his instantly identifiable innovative panel layout. Featuring the whole team, by the undisputed master of team books. Pen and ink. Art is in very good condition, there is some glue staining where it appears some stats have been removed to reveal the artwork underneath.
Artists Information