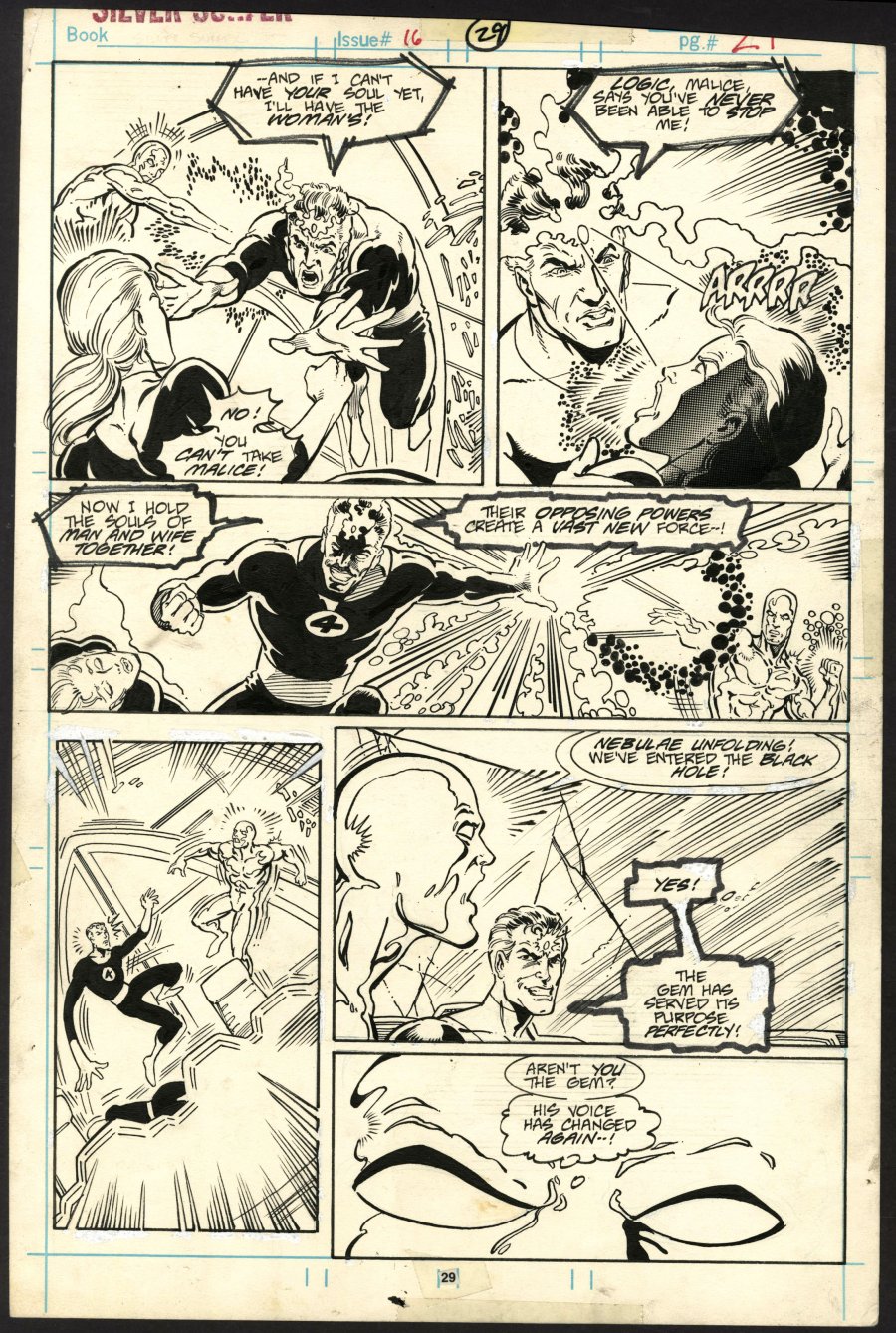 $3,335
Sold For
41
Bids
This auction has ended.
PUBLISHER: Marvel
COMMENTS: A 15% BUYER'S PREMIUM WILL BE ADDED TO THIS ITEM AT CONCLUSION OF THE AUCTION
Ron Lim pencils/Joe Rubinstein inks; page 6; 1988; image size 10" x 15"
Read Description ▼
Sell One Of These Inquire About This

Watch
A 15% BUYER'S PREMIUM WILL BE ADDED TO THIS ITEM AT CONCLUSION OF THE AUCTION
Ron Lim pencils/Joe Rubinstein inks; page 6; 1988; image size 10" x 15"The Silver Surfer has to fend off a Soul Gem corrupted Mr. Fantastic in this great page from Lim. Pen and ink. Art is in excellent condition.
Artists Information

Ronald “Ron” Lim (born 1965) is an American comic book artist best known for his work for Marvel Comics, most particularly the Silver Surfer (vol. 3) series. His first published work was for the independent comic book; Ex-Mutants, which he worked on from 1986 to 1988. He was discovered by Marvel at a 1987 comic convention and was hired on the spot. Lim penciled the Silver Surfer (vol. 3) series from 1988-1994. He also penciled most of the “Infinity” trilogy which Marvel published in the early 1990s; Infinity Gauntlet (1991), Infinity War (1992) and Infinity Crusade (1993). He returned to these characters to pencil the Thanos series in 2004.