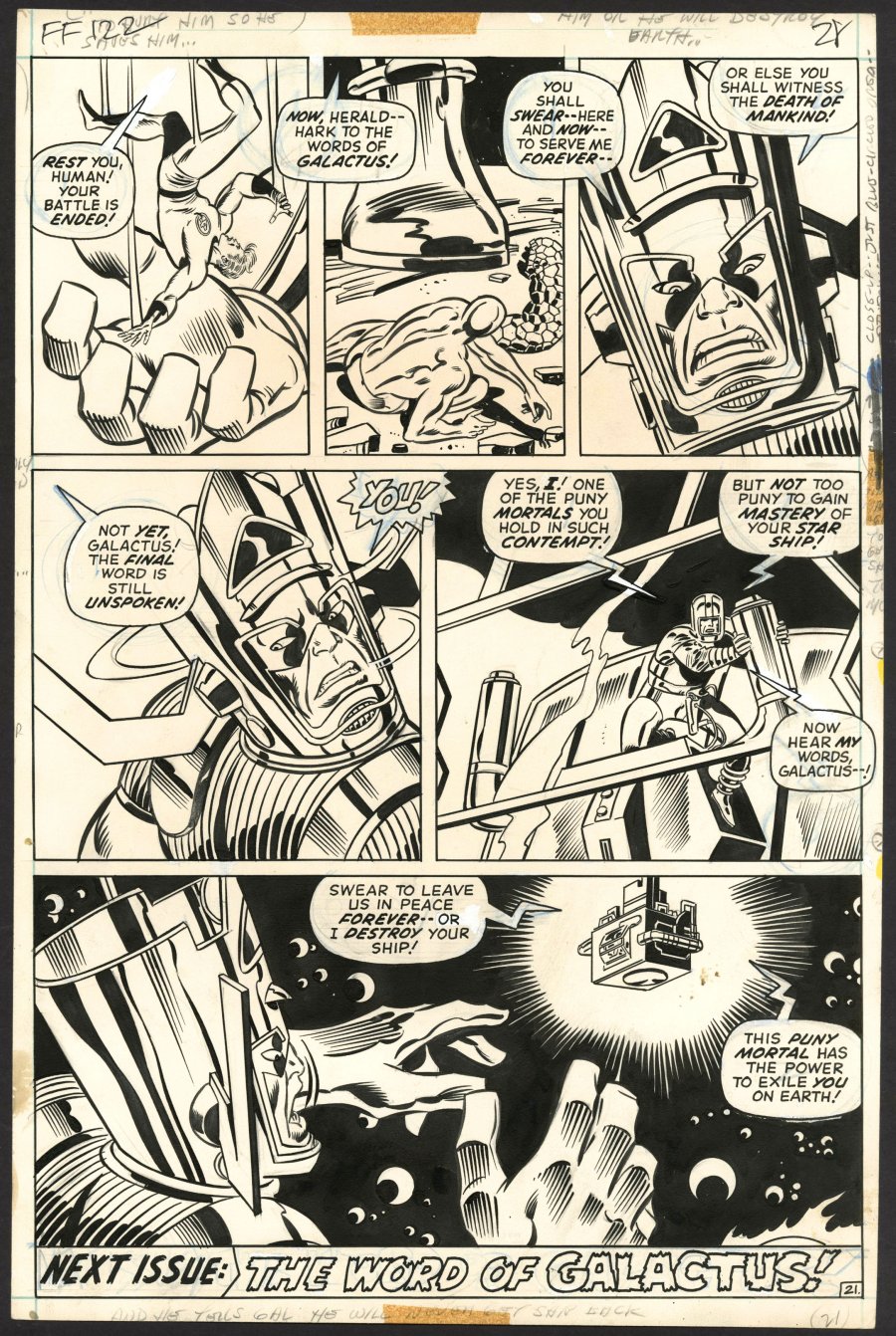 $19,485.60
Sold For
26
Bids
This auction has ended.
PUBLISHER: Marvel
COMMENTS: A 15% BUYER'S PREMIUM WILL BE ADDED TO THIS ITEM AT CONCLUSION OF THE AUCTION
John Buscema pencils/Joe Sinnott inks; page 21; 1972; image size 11" x 15"
The FF and Silver Surfer vs. Galactus!
Read Description ▼
Sell One Of These Inquire About This

Watch
A 15% BUYER'S PREMIUM WILL BE ADDED TO THIS ITEM AT CONCLUSION OF THE AUCTION
John Buscema pencils/Joe Sinnott inks; page 21; 1972; image size 11" x 15"
The FF and Silver Surfer vs. Galactus!Galactus boasts in his defeat of The Human Torch, The Thing, and The Silver Surfer only to be taken by surprise by Reed Richards who has commandeered his starship. A stunning page from Jovial John Buscema and Joltin' Joe Sinnott, what more could you ask for in and FF page? Pen and ink. Art is in excellent condition.
Artists Information