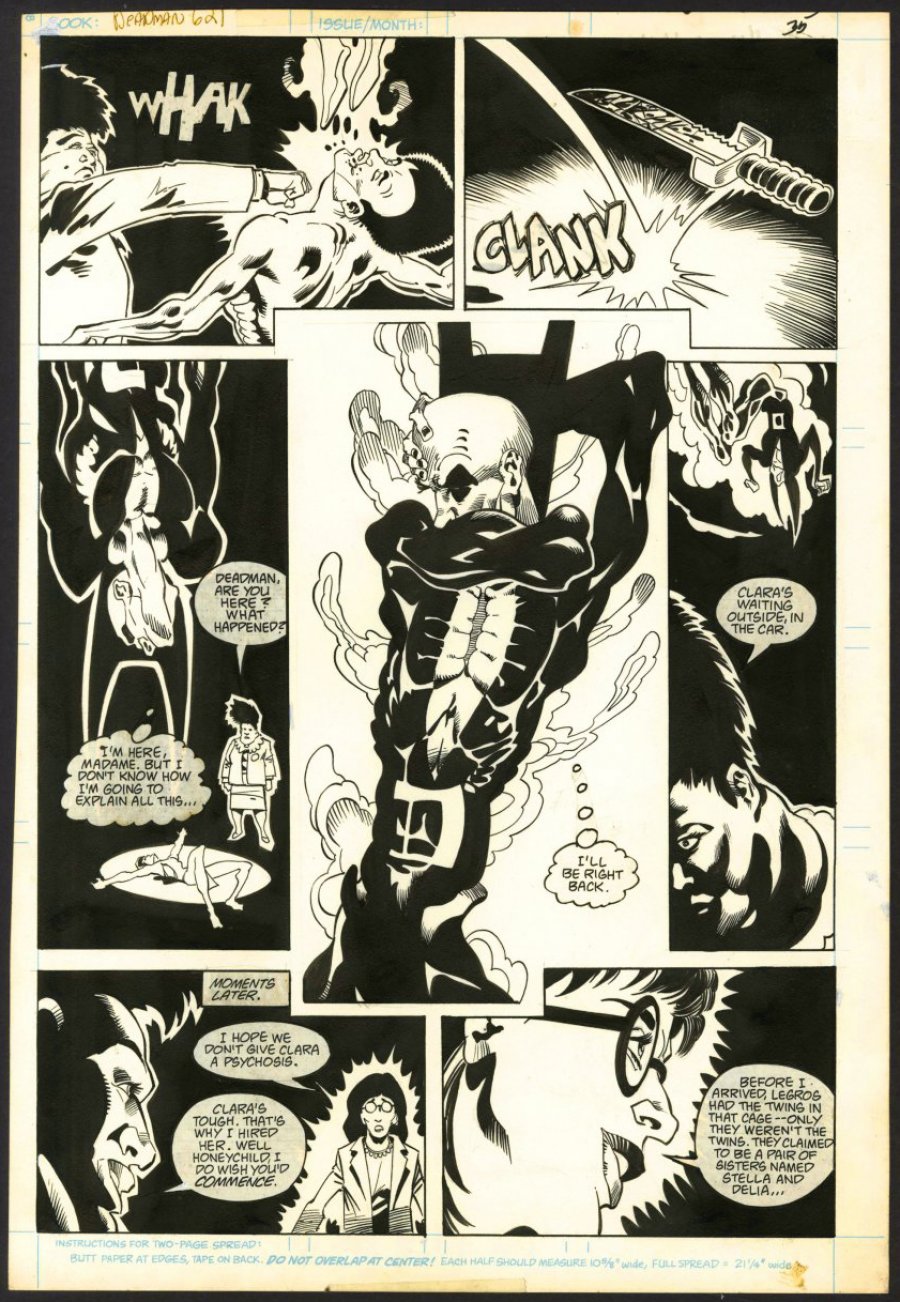 $1,897.50
Sold For
24
Bids
This auction has ended.
PUBLISHER: DC
COMMENTS: A 15% BUYER'S PREMIUM WILL BE ADDED TO THIS ITEM AT CONCLUSION OF THE AUCTION
Kelley Jones pencils/Tony DeZuniga and Pablo Marcos inks; page 7; 1988; image size 10" x 15"
Deadman!
Read Description ▼
Sell One Of These Inquire About This

Watch
A 15% BUYER'S PREMIUM WILL BE ADDED TO THIS ITEM AT CONCLUSION OF THE AUCTION
Kelley Jones pencils/Tony DeZuniga and Pablo Marcos inks; page 7; 1988; image size 10" x 15"
Deadman!From the short lived Action Comics Weekly comes this remarkable Deadman page by Kelley Jones, from 'Grave Diggings: Part 4.' Jones would completely redefine the character, infusing his macabre style, making Deadman gaunt and horrific, this version would become the standard look for him going forward. Jones' Deadman artwork is highly desirable and very rarely comes up for sale, and this page has some classic imagery on it. Pen and ink. Art is in excellent condition.
Artists Information

Tony DeZuniga is a Filipino comic book artist who's best known for his work with DC comics and co-creation of the character Jonah Hex. Tony is also known as the first Filipino comic artist to be accepted by American publishers, which paved the way for future artists from the Philippines.