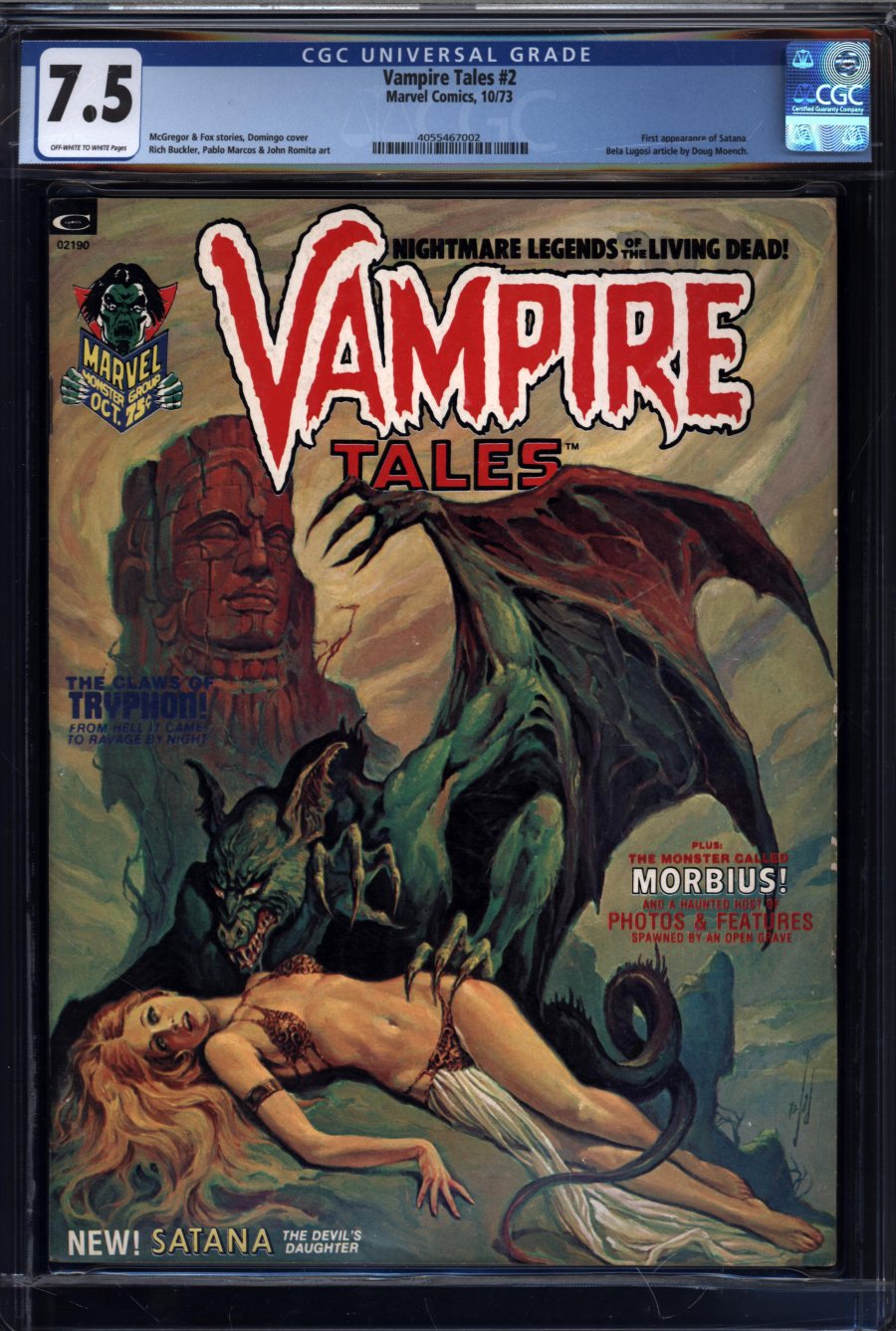 $266.80
Sold For
15
Bids
This auction has ended.
PUBLISHER: Marvel
COMMENTS: A 15% BUYER'S PREMIUM WILL BE ADDED TO THIS ITEM AT CONCLUSION OF THE AUCTION
ow/white pgs
Colan, Steranko art; 1st app. of Satana
Read Description ▼
Sell One Of These Inquire About This

Watch
A 15% BUYER'S PREMIUM WILL BE ADDED TO THIS ITEM AT CONCLUSION OF THE AUCTION
ow/white pgs
Colan, Steranko art; 1st app. of SatanaIt was recently announced that Hulu will be collaborating with Marvel on a series of supernaturally themed shows featuring the likes of Ghost Rider, Daimon Hellstrom, the Son of Satan, and his sister, Satana, who makes her first appearance in this issue of the B&W magazine Vampire Tales #2, which also features Morbius, another Marvel property that will be featured in a film soon. Satana is the daughter of the Devil, who turn out to actually be a demon, Marduk Kurious, who was impersonating Satan. She is a succubus, a seductress, who lures men to their doom with her feminine wiles, and in this issue, when she drains her male suitor’s essence, it appears in the form of a butterfly. Satana enjoys cult status, and a history that is woven throughout the Marvel mythology. Her TV premiere is due out some time in 2020, making this issue a sought-after collectible, this mag has gone for respectable numbers for years, but has increased dramatically since the announcement of the "Helstrom" series, and the bonus addition of Morbius only lends the issue that extra punch.