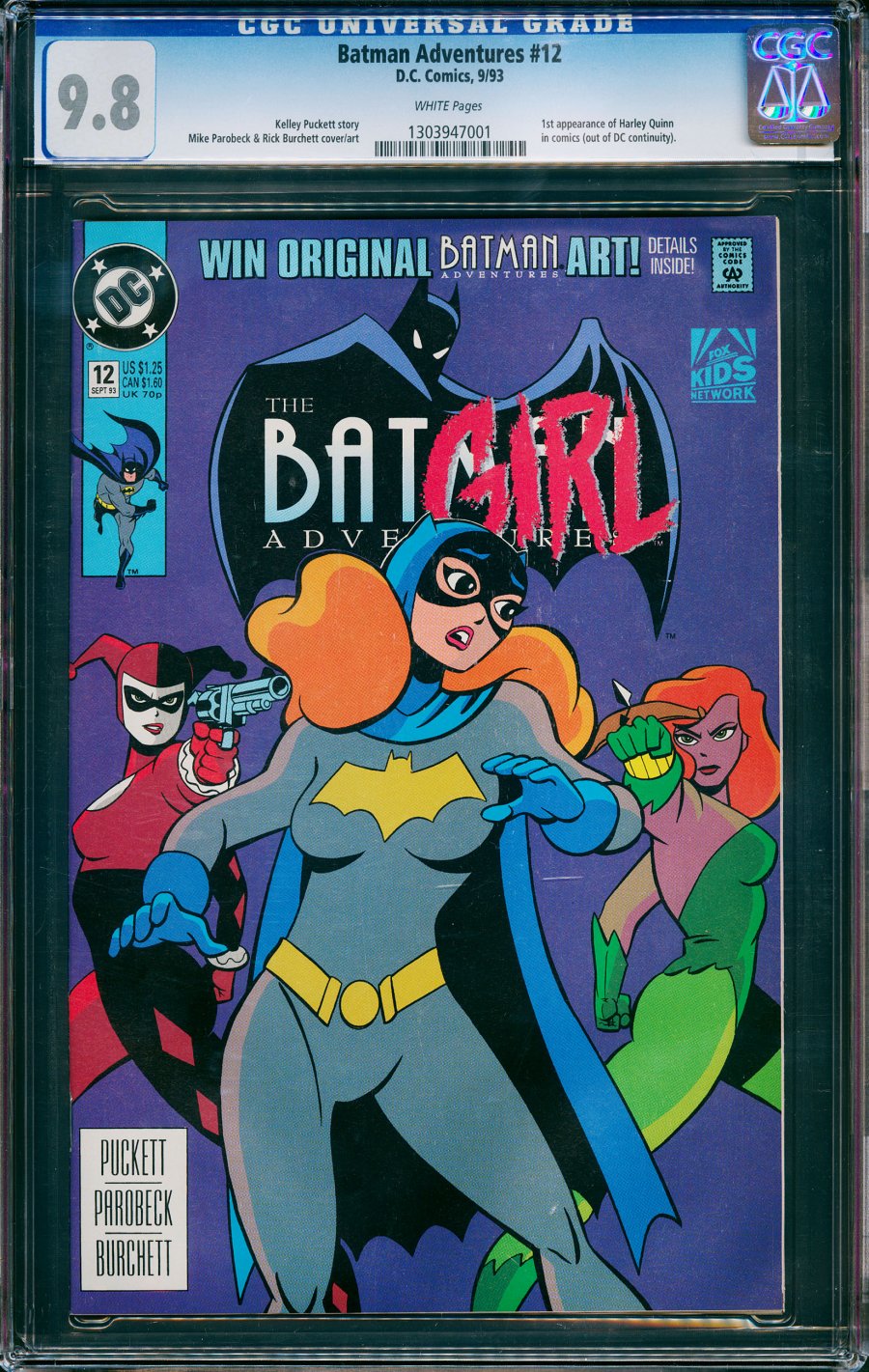 $2,990
Sold For
21
Bids
This auction has ended.
PUBLISHER: DC
COMMENTS: A 15% BUYER'S PREMIUM WILL BE ADDED TO THIS ITEM AT CONCLUSION OF THE AUCTION
white pgs
1st app. Harley Quinn in comics
Highest Graded
Read Description ▼
Sell One Of These Inquire About This

Watch
A 15% BUYER'S PREMIUM WILL BE ADDED TO THIS ITEM AT CONCLUSION OF THE AUCTION
white pgs
1st app. Harley Quinn in comics
Highest GradedIn the rare instances that a character is successfully adapted from another form of media into comics, it is usually from film or TV, or sometimes literature, but rarely has a known entity ever made a transition into comics with such a splash as Harley Quinn. If you walk around any Comic Convention the character you are likely to see the most often is Harley Quinn. Since her debut in “Batman: The Animated Series” Quinn has taken the world by storm and is arguably the hottest comic book character on the shelves right now. Created by Paul Dini and Bruce Timm, Harley appeared in the cartoon series as girlfriend and sidekick of the Joker. Later being written into the comic book adaptation of the show as Dr. Harleen Quinzel, a psychiatrist at Arkham Asylum which houses Gotham City's most wanted, she would meet "Mr. J" and become the "Cupid of Crime.” Batman fans witnessed The Joker and Harley Quinn's chaotic relationship over the years, but it was their undyingly insane love that resonated with readers around the world. Harley’s recent big screen adaptations in DC's "Suicide Squad" and "Birds of Prey" where she steals the show broadened her fanbase even further. While copies of Batman Adventures #12 are fairly common the demand for Harley Quinn has never been higher and the issue is considered an Important Modern Age book by fans, cosplayers, and comic book investors alike.