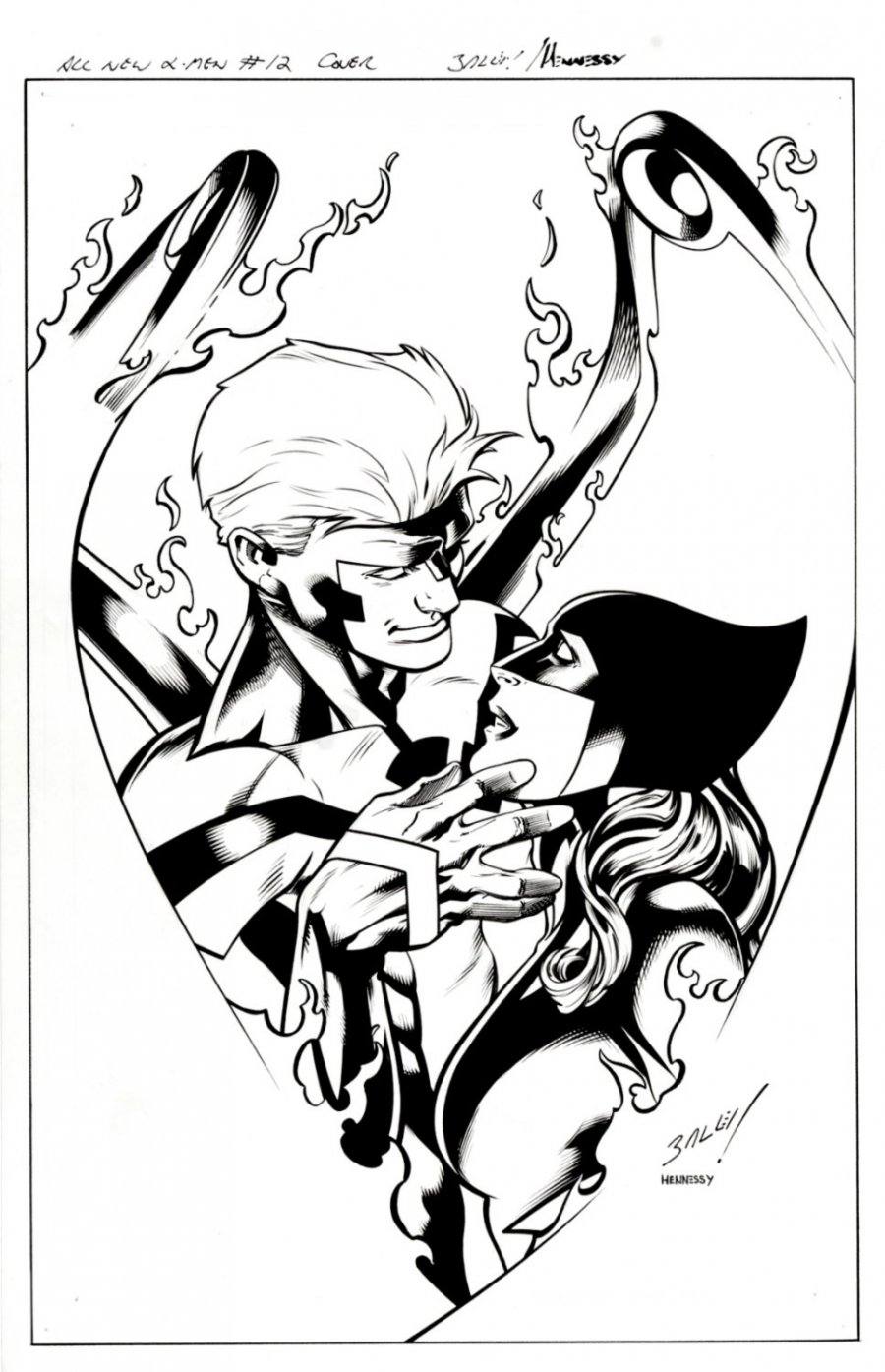 $3,220
Sold For
30
Bids
This auction has ended.
PUBLISHER: Marvel
COMMENTS: A 15% BUYER'S PREMIUM WILL BE ADDED TO THIS ITEM AT CONCLUSION OF THE AUCTION
Mark Bagley pencils/Andrew Hennessy inks; All New X-Men #12 Original Cover Art (Marvel Comics, 2016); 2016; image size 10.25" x 15.75"
Original comic art of “Angel” and “Wolverine”
Read Description ▼
Sell One Of These Inquire About This

Watch
A 15% BUYER'S PREMIUM WILL BE ADDED TO THIS ITEM AT CONCLUSION OF THE AUCTION
Mark Bagley pencils/Andrew Hennessy inks; All New X-Men #12 Original Cover Art (Marvel Comics, 2016); 2016; image size 10.25" x 15.75"
Original comic art of “Angel” and “Wolverine”Published August 10. 2016, Mark Bagley’s iconic All New X-Men #12 Cover featuring Angel & Wolverine (aka Logan’s clone “daughter”, Laura Kinney). The art is accomplished in ink over graphite on 11" x 17" Bristol board with an image area of 10.25 x 15.75 inches, it is signed by Bagley and Hennessy in the lower right and is in excellent condition.

One is a time-displaced cosmically powered angel from the ‘60s. The other is a homicidal clone struggling to fulfill her dead father’s legacy. But who says Angel and Wolverine can’t make their relationship work? Also: Another burgeoning romance may place one of the All-New X-Men at odds with the rest of their team…

The images of the published page and cover are for reference only.