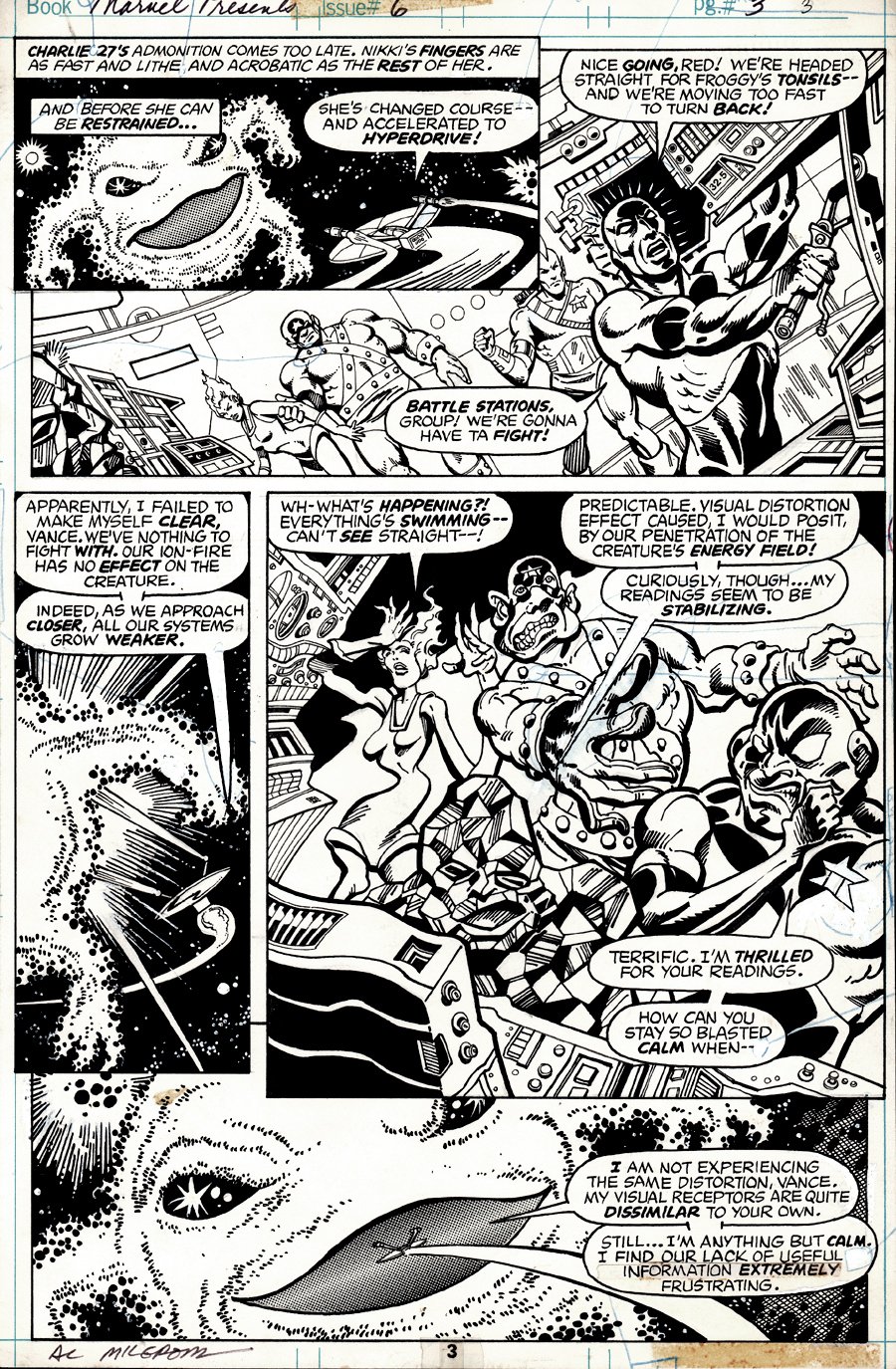 $2,185
Sold For
21
Bids
This auction has ended.
PUBLISHER: Marvel
COMMENTS: A 15% BUYER'S PREMIUM WILL BE ADDED TO THIS ITEM AT CONCLUSION OF THE AUCTION
Al Milgrom pencils/Terry Austin inks; Marvel Presents #6 Page 3 Original Art (Marvel Comics, 1976); image size 10" x 15"
Original comic art of “Guardians of the Galaxy team” aboard their ship in outer space
Read Description ▼
Sell One Of These Inquire About This

Watch
A 15% BUYER'S PREMIUM WILL BE ADDED TO THIS ITEM AT CONCLUSION OF THE AUCTION
Al Milgrom pencils/Terry Austin inks; Marvel Presents #6 Page 3 Original Art (Marvel Comics, 1976); image size 10" x 15"
Original comic art of “Guardians of the Galaxy team” aboard their ship in outer spacePublished August 1, 1976, a very rare page depicting the Guardians of the Galaxy from the bronze age of Marvel Comics. Al Milgrom with Terry Austin’s incomparable inks! The art is accomplished in ink over graphite on 10.25" x 15.75" Bristol board, the image area measures approximately 10 x 15 inches, is signed in the lower left by the artist and is in excellent condition.

Who is the celestial goliath known as the Planetary Man and how can the Guardians of the Galaxy hope to stand against his will?

The images of the published page and cover are for reference only.