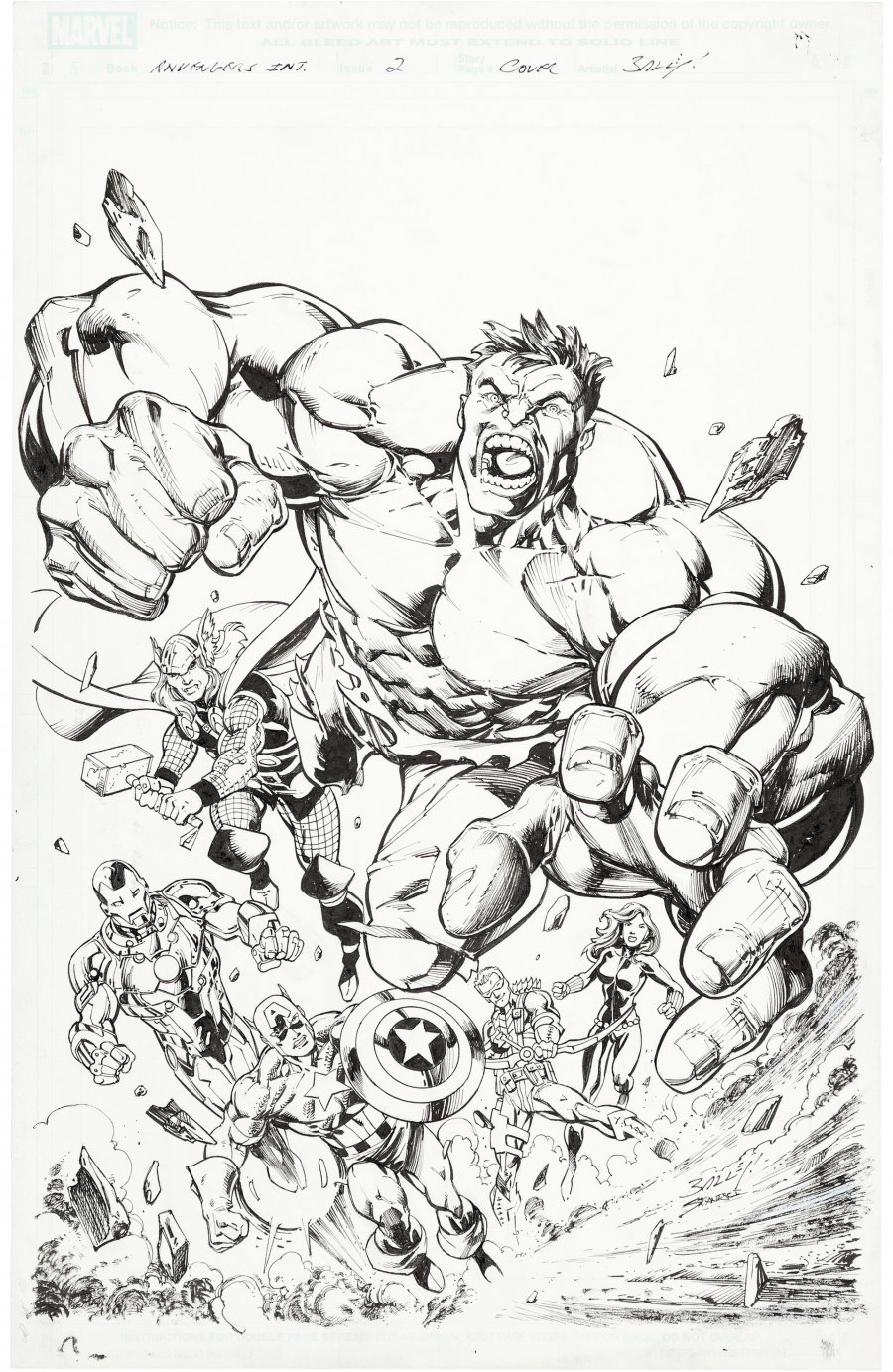 $3,168.25
Sold For
42
Bids
This auction has ended.
PUBLISHER: Marvel
COMMENTS: A 15% BUYER'S PREMIUM WILL BE ADDED TO THIS ITEM AT CONCLUSION OF THE AUCTION
Mark Bagley pencils/John Stanisci inks; cover; 2012; image size 11" x 15"
Read Description ▼
Sell One Of These Inquire About This

Watch
A 15% BUYER'S PREMIUM WILL BE ADDED TO THIS ITEM AT CONCLUSION OF THE AUCTION
Mark Bagley pencils/John Stanisci inks; cover; 2012; image size 11" x 15"The classic line-up of the Avengers, Iron Man, Captain America, Thor, Hawkeye, Black Widow, and the Hulk assemble in this fantastic cover by Bagley. Pen and ink. Art is in excellent condition. Signed by Bagley and Stanisci.
Artists Information

John Stanisci has been a professional illustrator for over 18 years working for all the major comic book publishers including Marvel Comics, DC Comics, IDW Publishing, Valiant Comics and many more. At those companies, John has drawn such characters as Spider Man, Batman, Catwoman, Superman, The Hulk and others. In 2011, John’s book for DC Comics, Batman Beyond: Hush Beyond, premiered at #1 on The New York Times bestseller list for graphic novels.