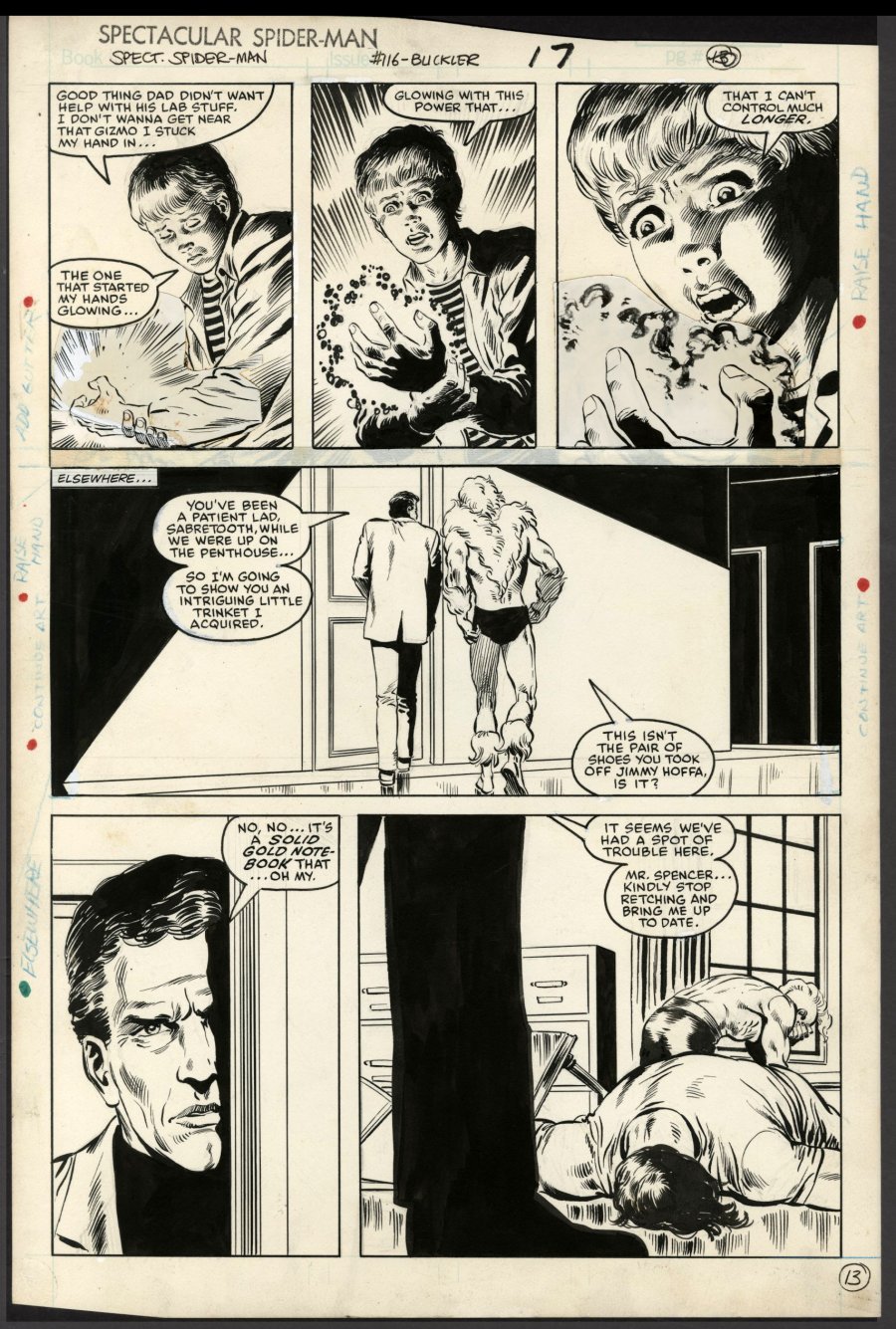 The forearm in panel 1 and the hand in panel 3 are photostats, the original drawings are underneath the stats.
Artists Information