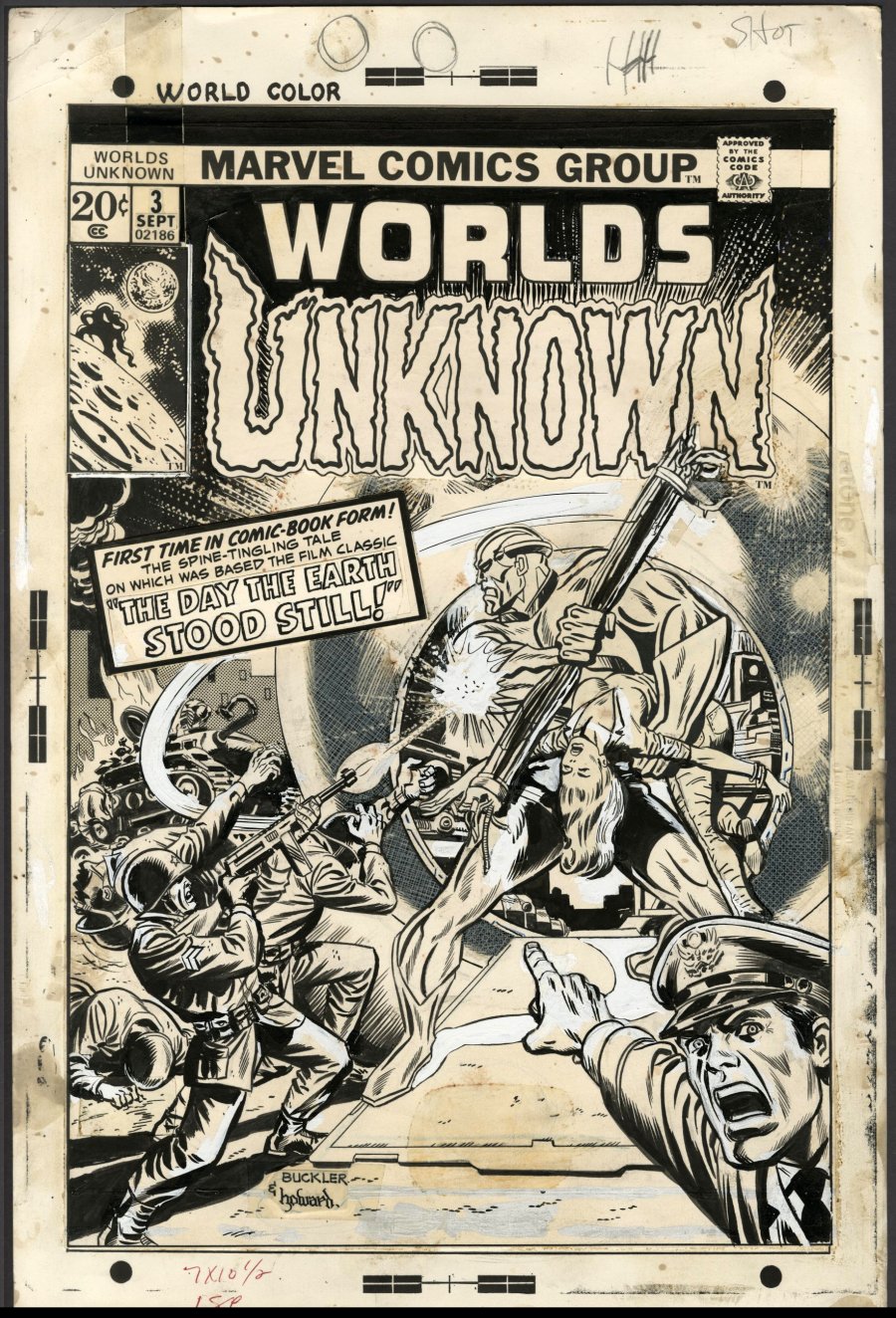 Watch
Rich Buckler pencils/Wayne Howard inks w/John Romita; cover; 1973; image size 10" x 15"
The Day the Earth Stood StillGreat cover featuring the adaptation of the story that inspired the classic sci-fi film, The Day the Earth Stood Still. According to the Grand Comics Database the artwork features corrections and alterations by John Romita. Pen and ink. Art is in very good condition, there is tape and staining, the cover has several patches where art was re-drawn and pasted over the original drawing, the image area was cut and pasted onto a larger board as well. Signed by Buckler and Howard.
Artists Information