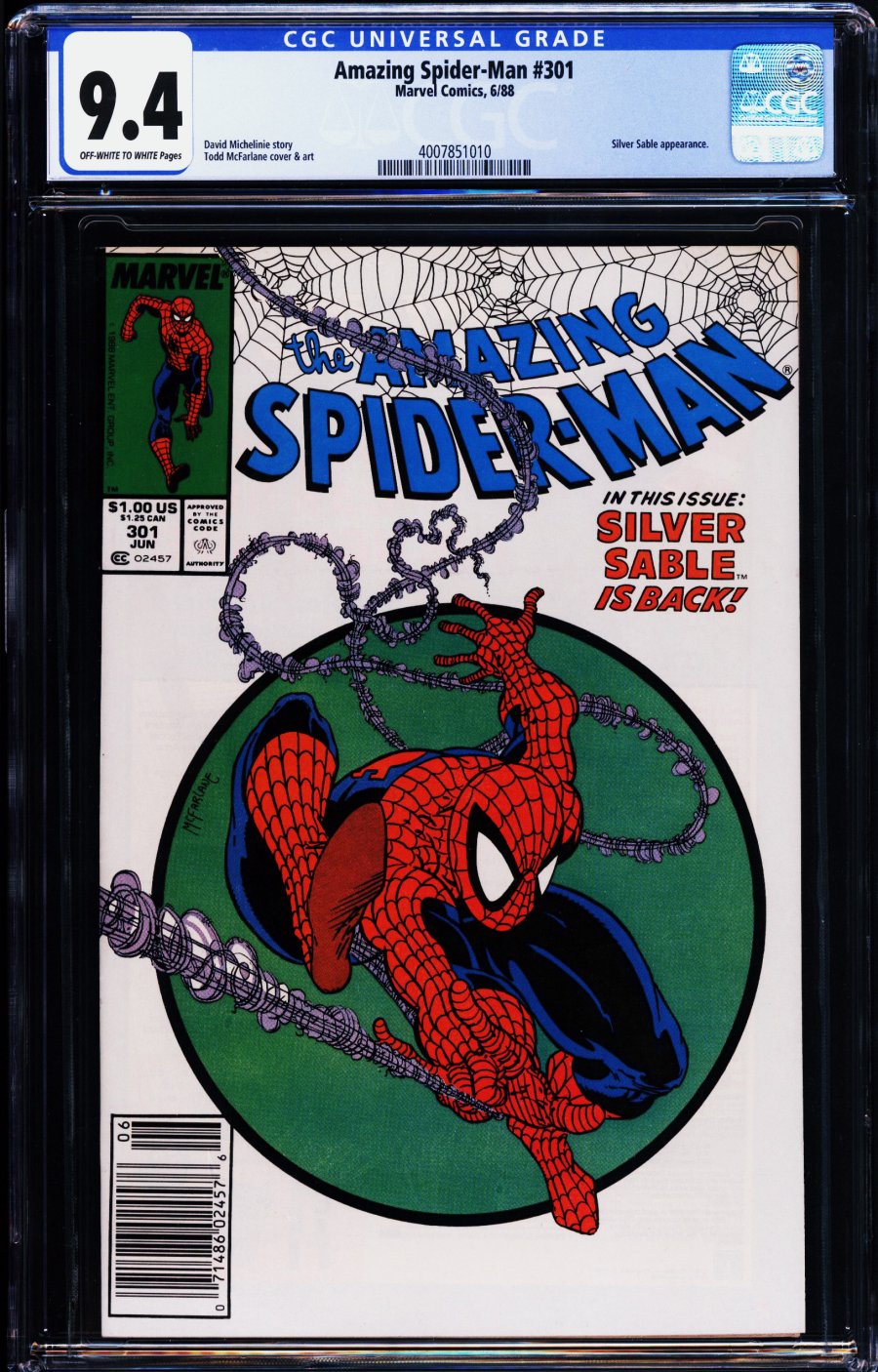 $205
Sold For
11
Bids
This auction has ended.
PUBLISHER: Marvel
COMMENTS: ow/white pgs; Newsstand Edition
1st original costume by McFarlane
Read Description ▼
Sell One Of These Inquire About This

Watch
ow/white pgs; Newsstand Edition
1st original costume by McFarlane"The Sable Gauntlet!" Guest-starring Silver Sable. Script by David Michelinie. Art by Todd McFarlane. Cover by Todd McFarlane. The first 300 issues of the Amazing Spider-Man are in the books after the web-slinger's epic battle vs. Venom last issue! And now the next chapter in the wall-crawler's anthology begins with an encounter with his favorite mercenary: Silver Sable! The enchanting Sable agrees to make a test run through the security systems of a new high-rise office building, but deadly danger awaits on the top floor! Will Spidey catch the elevator in time? Cameo appearances by Mary Jane Watson and Dr. Morris Sloan. First $1.00 issue. (Notes: The cover is the same artwork (with different colors) as the cover to issue 300. The original cover to 301 was drawn first. The original cover to #300 is a blackened stat.