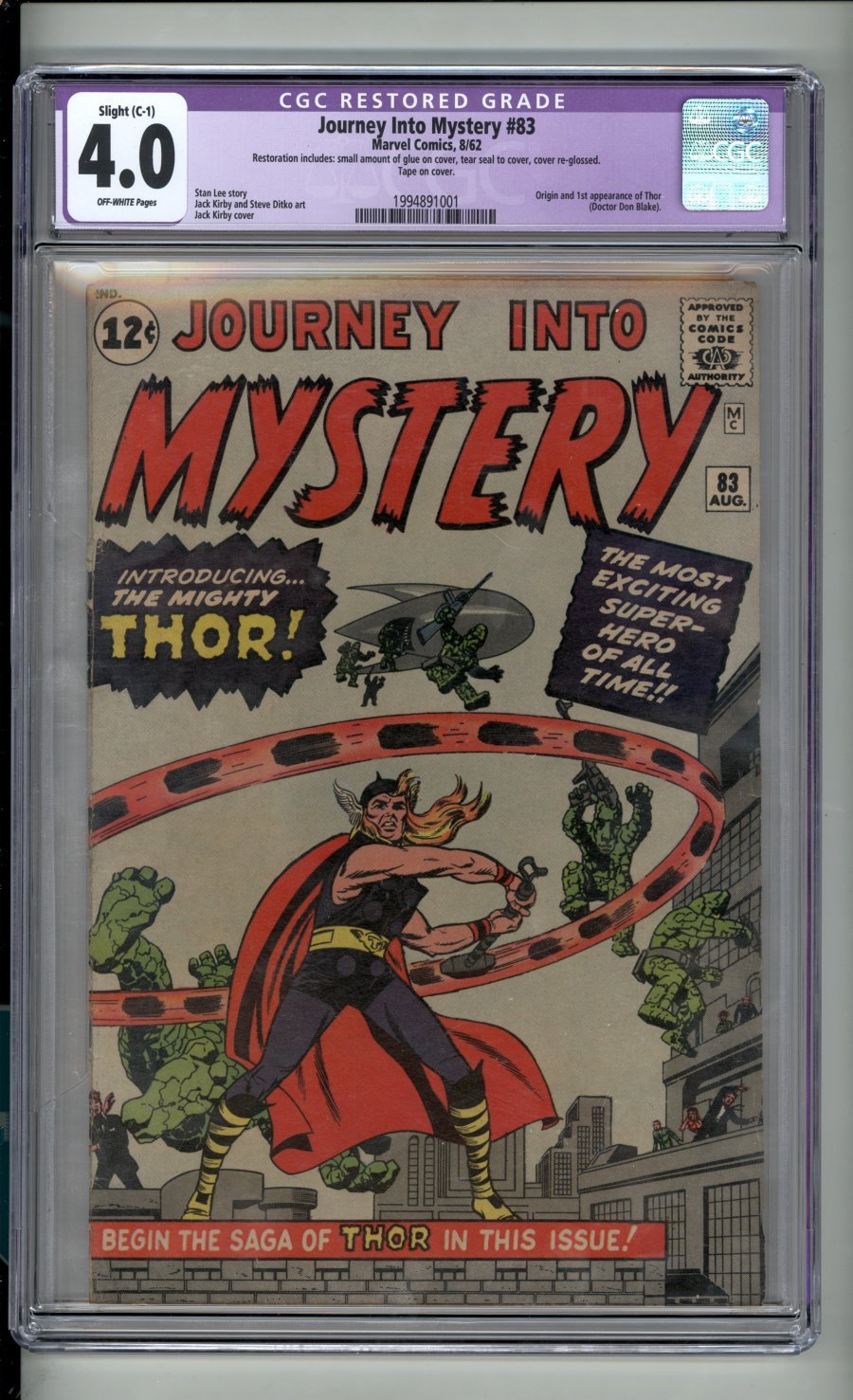 --
Accepting Offers
--
Offers
FYI there's no need to include decimal points(.).
Offer Confirmation
You are about to submit an offer of . If accepted, you are legally obligated to purchase the book. Are you sure you want to continue?
FYI there's no need to include decimal points(.).
Buy Confirmation
You are about to buy this item for , and will be legally obligated under the terms of our User Agreement to pay for it in a timely fashion. Continue?
PUBLISHER: Marvel
COMMENTS: Off-White pgs; Restored holder; Slight Amateur Restoration; CGC#1994891001
origin & 1st appearance by Lee & Kirby; COMIC BOOK IMPACT rating of 10 (CBI)
Read Description ▼
Sell One Of These Inquire About This

Watch
Off-White pgs; Restored holder; Slight Amateur Restoration; CGC#1994891001
origin & 1st appearance by Lee & Kirby; COMIC BOOK IMPACT rating of 10 (CBI)Melding elements of Norse mythology with the by-now-standard superhero tropes of the funny pages, Stan Lee followed up his Jekyll & Hyde-style Hulk with this cosmic, high-camp treasure. The book was initially scripted by Stan's brother Larry (to give the overworked and exhausted Lee some breathing room), and penciled with surprising grace and elegance by Jack Kirby. Another instant favorite, the comic confirmed Lee's Midas touch in the early 1960s as the title soon became the bedrock for Marvel's more theatrical and grandiose styling. In recent years, the character has enjoyed yet another renaissance thanks to Marvel's savvy cinematic exploitation, and this debut appearance, already extremely rare thanks to an unusually low print run, has become in even greater demand as a result.