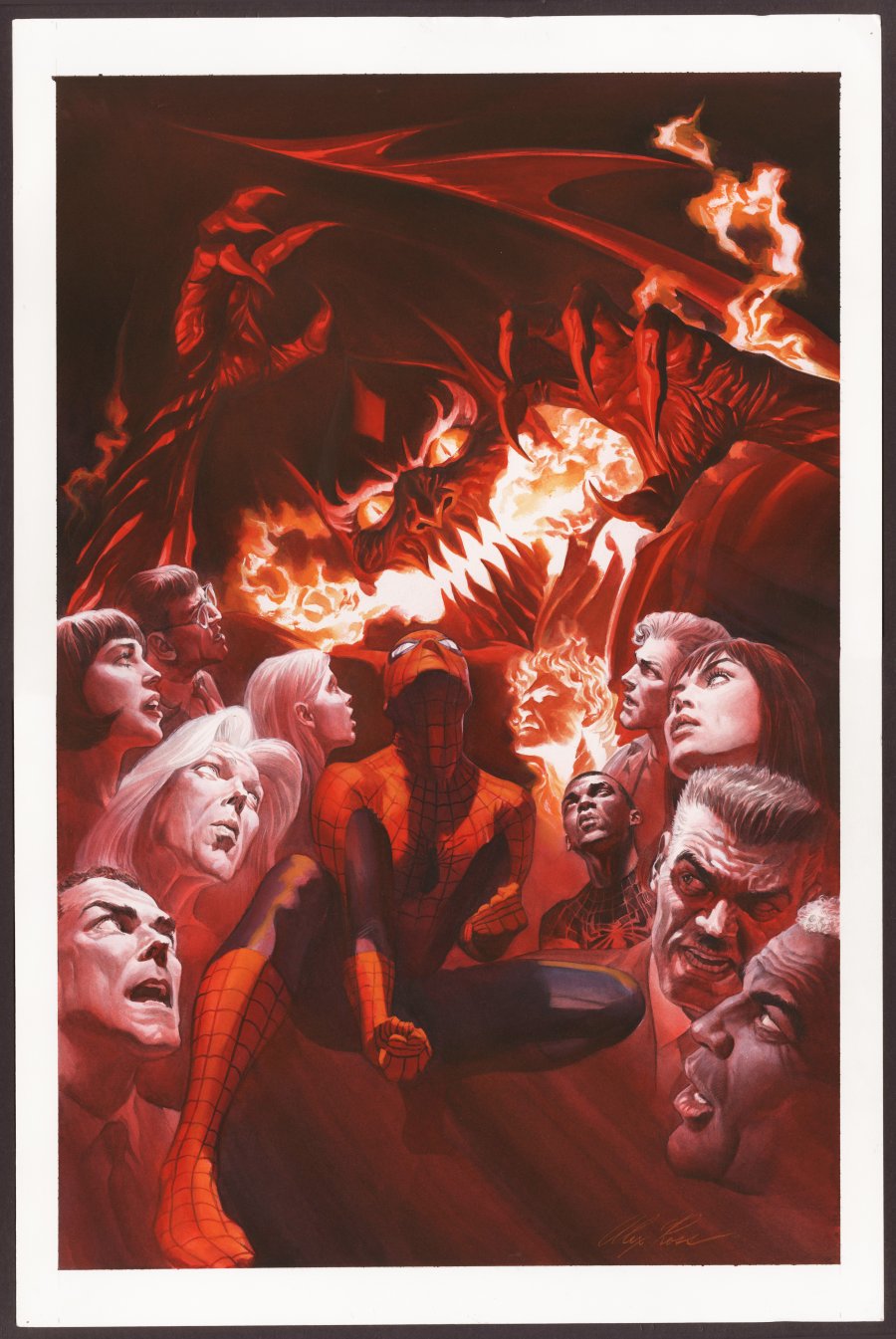 $33,352.30
Sold For
60
Bids
This auction has ended.
PUBLISHER: Marvel
COMMENTS: A 15% BUYER'S PREMIUM WILL BE ADDED TO THIS ITEM AT CONCLUSION OF THE AUCTION
Alex Ross art; cover; 2018; image size 13.75" x 21"
Classic Spider-Man anniversary cover!
Read Description ▼
Sell One Of These Inquire About This

Watch
A 15% BUYER'S PREMIUM WILL BE ADDED TO THIS ITEM AT CONCLUSION OF THE AUCTION
Alex Ross art; cover; 2018; image size 13.75" x 21"
Classic Spider-Man anniversary cover!


Alex Ross is one of comics' greatest artists, and this cover to the historic 800th issue of the Amazing Spider-Man is no exception, expertly depicting Spider-Man surrounded by his friends and colleagues, including Aunt May, Mary Jane Watson, Harry Osborn, J. Jonah Jameson, Betty Brandt, Ben Urich, Flash Thompson, Liz Allan, Robbie Robertson, and Miles Morales' Spider-Man, all under the looming figure of the Red Goblin. The cover, executed almost exclusively in shades of red, is striking and dramatic, like many of Ross' work it elevates the medium into the realm of fine art. Gouache on paper. Art is in excellent condition. Signed by Ross.