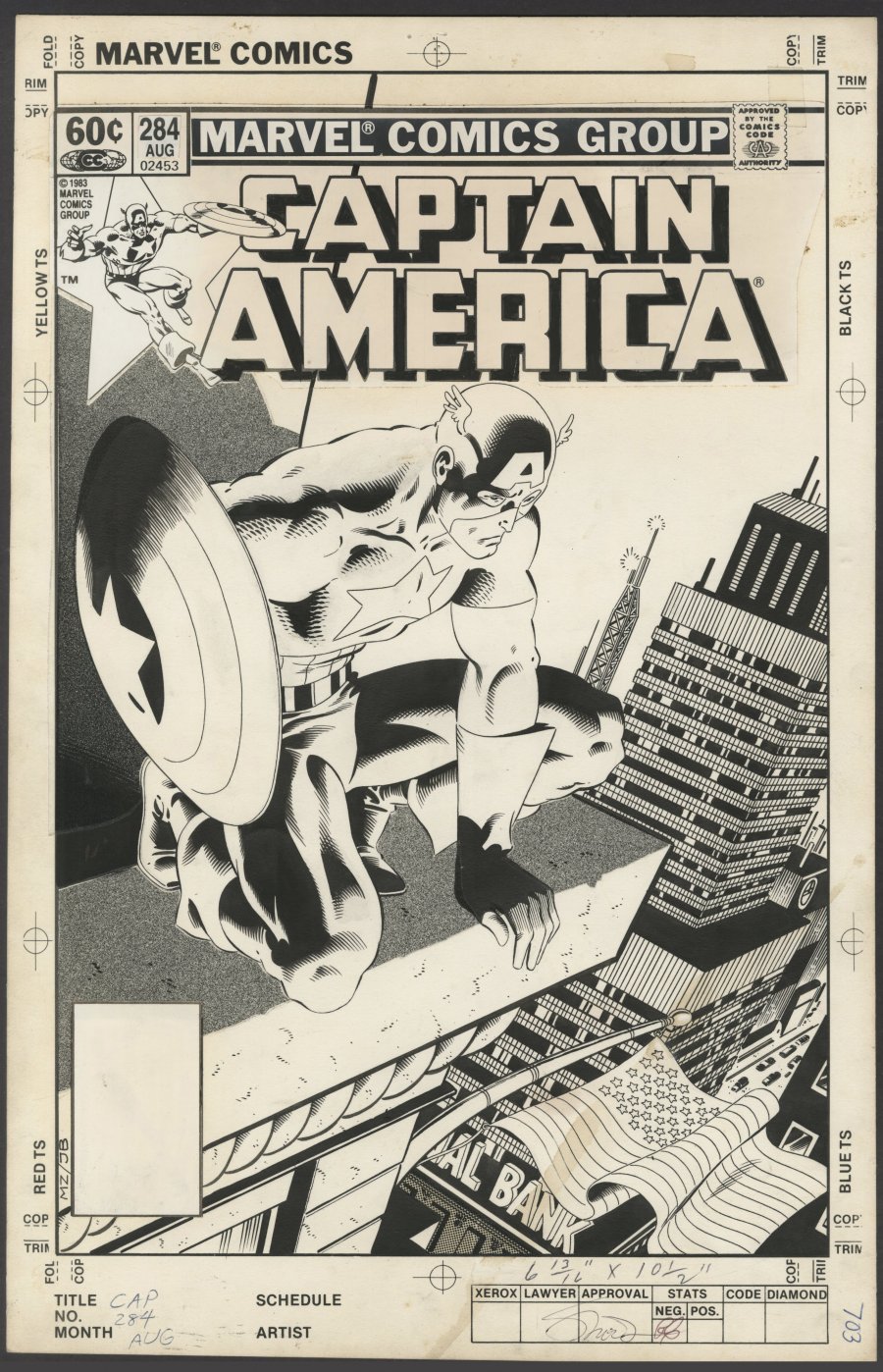 $87,400
Sold For
43
Bids
This auction has ended.
PUBLISHER: Marvel
COMMENTS: A 15% BUYER'S PREMIUM WILL BE ADDED TO THIS ITEM AT CONCLUSION OF THE AUCTION
Mike Zeck pencils/John Beatty inks; cover; 1983; image size 10" x 15"
Classic Zeck Cap cover
Read Description ▼
Sell One Of These Inquire About This

Watch
A 15% BUYER'S PREMIUM WILL BE ADDED TO THIS ITEM AT CONCLUSION OF THE AUCTION
Mike Zeck pencils/John Beatty inks; cover; 1983; image size 10" x 15"
Classic Zeck Cap coverMike Zeck’s cover for Captain America #284 is remarkably moody and dark, showing the First Avenger perched atop a building in a stance that is reminiscent of Spider-Man or Daredevil. Cap seems to be deep in thought as he looms over an American flag and cityscape, an impressive image that adorns a Bronze Age Captain America issue. The book features our protagonist holding vigil by the bedside of Dum Dum Dugan and a team-up with Nomad to investigate a domestic violence complaint, the issue deals with challenging subject matter which would explain the sense of concern projected by this masterful cover, which is lent additional gravitas by John Beatty’s excellent ink work, in an interview Beatty has said that this is his favorite of all of the Captain America covers he did with Zeck..

Pen and ink. Art is in excellent condition. Initialed by Zeck and Beatty.