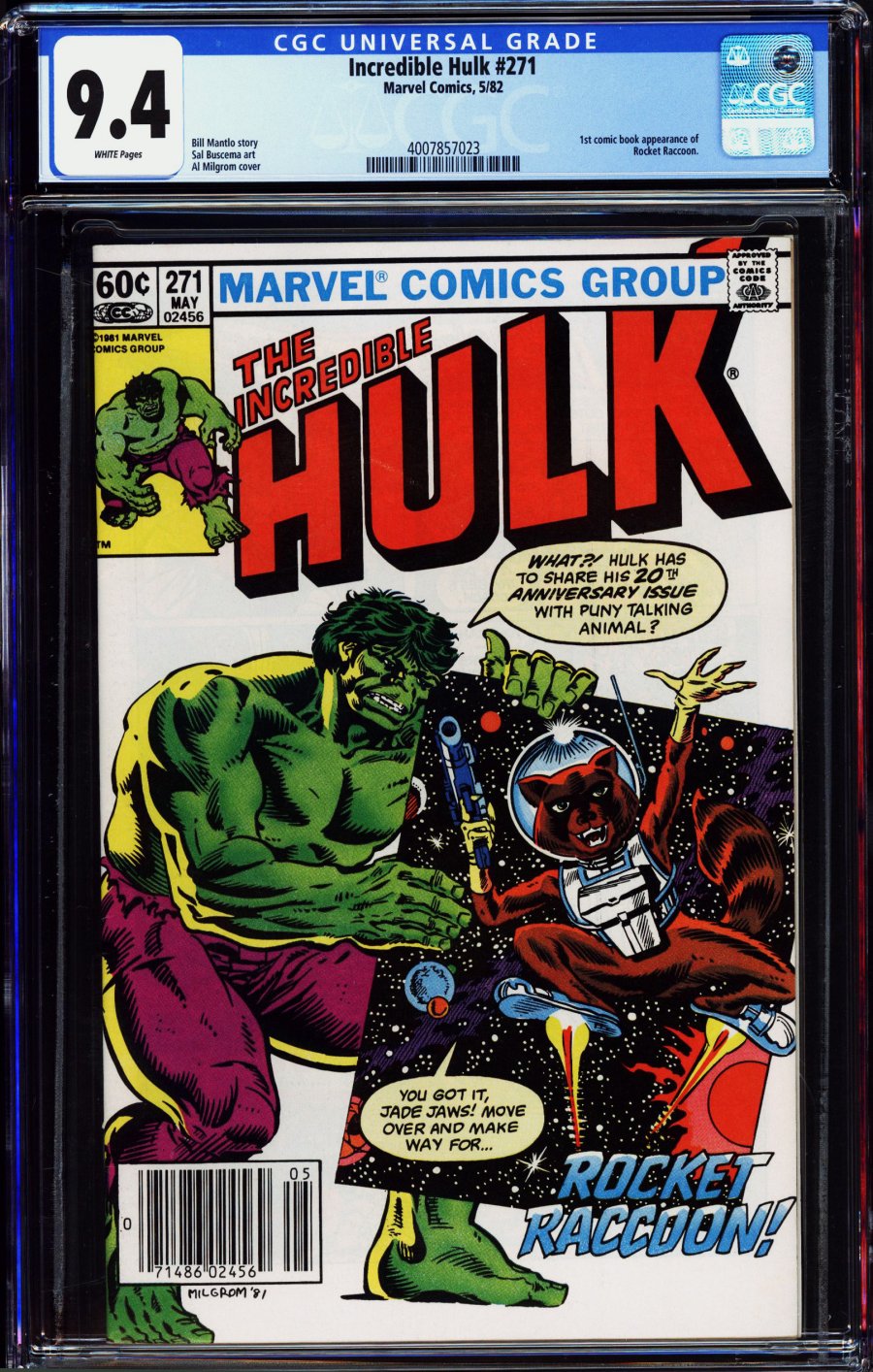 Watch
white pgs; Newsstand Edition
Al Milgrom cover, Sal Buscema art; 1st comic book app. of Rocket Raccoon (Guardians of the Galaxy); COMIC BOOK IMPACT rating of 7 (CBI)"Now Somewhere in the Black Holes of Sirius Major There Lived a Young Boy Name of Rocket Raccoon!" For those who don’t recognize the reference, this issue title is a tip of the hat to the Beatles song “Rocky Raccoon,” Hulk #271 is the issue that introduced the cynical, wisecracking Rocket Raccoon to Marvel’s readership. While this issue is laced with in jokes and other Beatle references, it would have been impossible for Rocket’s creators, Bill Mantlo and Sal Buscema, to have predicted the phenomenon that the mercenary mammal would become, since the release of “Guardians of the Galaxy” in the MCU, RR’s stock has shot up, much like his previously obscure comrade in arms, Groot. While the Hulk is the star of this book, there is no arguing that he is upstaged in this issue by the pint-sized, furry fighter from Halfworld. The third installment of GOTG is coming to theaters soon, so expect this issue to once again see an increase in value and attention.