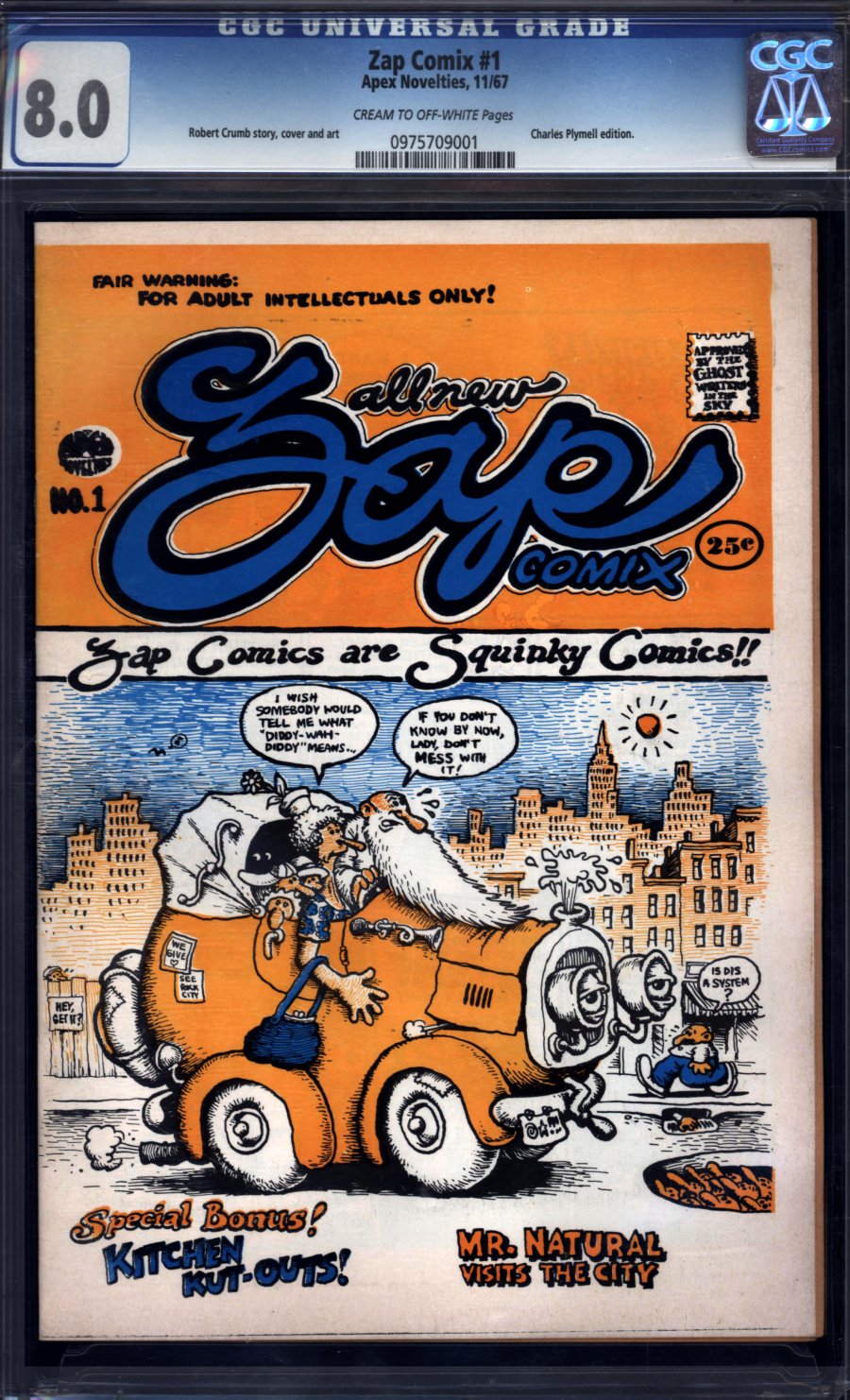 Watch
crm/ow pgs; Charles Plymell edition
Robert Crumb cvr/artThe first issue of Zap was published in San Francisco in early 1968. It featured the work of satirical cartoonist Robert Crumb. Some 1,500-5,000 copies were printed by Charles Plymell, a Beat writer who shared a house with Allen Ginsberg and Neal Cassady when LSD hit San Francisco in the early 1960s. Many of these first issues were sold on the streets of Haight-Ashbury out of a baby stroller pushed by Crumb or his wife. In years to come, the comic's sales would be most closely linked with alternative venues such as head shops.